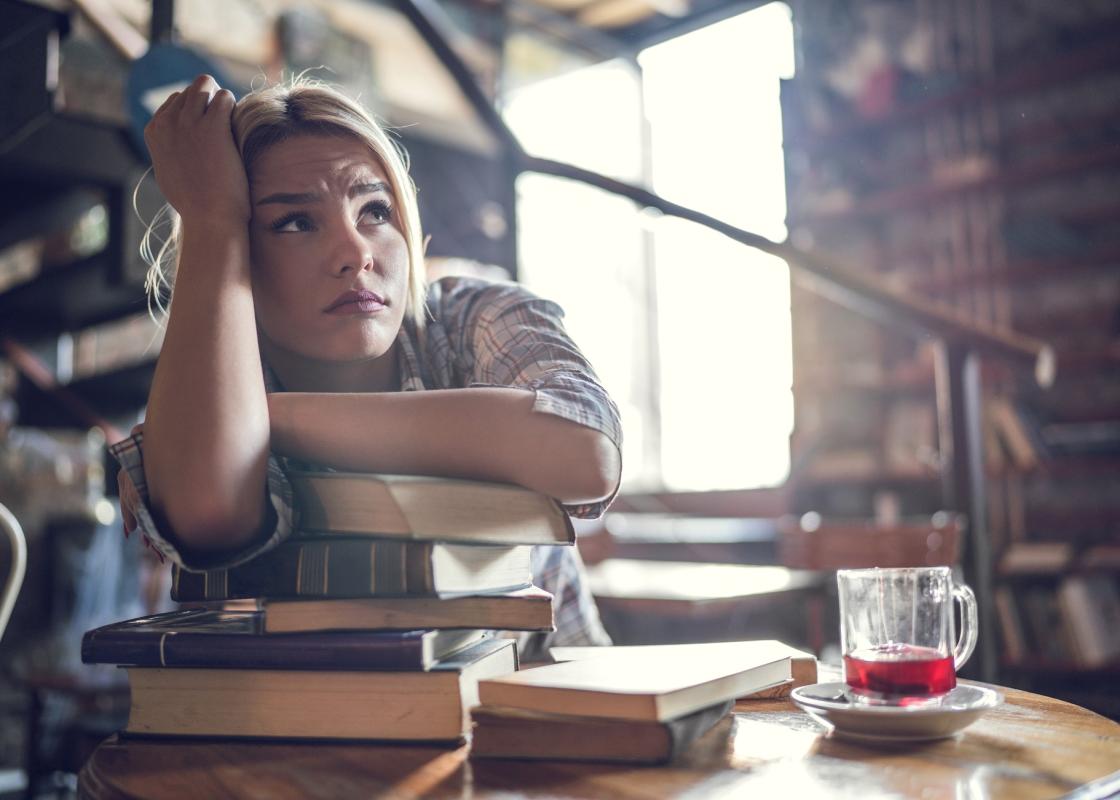 - The Ungdata surveys show that girls work harder at school and do more homework than boys do. Illustrasjonsfoto: iStockphoto
More about
Children and youth
More about
Mental health
More about
Gender roles

“We see that the share of young girls between the age of fifteen and twenty who seek help for mental disorders is increasing,” says Anne Reneflot. She is Department Director at Norwegian Institute of Public Health and one of the authors behind a new report on mental health in Norway.

Today, seven per cent of all girls between the age of fifteen and seventeen, and nine per cent between eighteen and twenty are diagnosed with mental disorders. Over the past years, the amount of girls within the age group who are prescribed anti-depressants have doubled from approximately one to two per cent.

Forty per cent more seek help than five years ago.

“The most common mental problems among girls in this age group are anxiety, depression, eating disorders and adjustment difficulties,” she says.

The report does not show the same pattern among boys in the same age group. Instead, boys with mental disorders are more often diagnosed before they reach puberty, and have a higher risk of being diagnosed with ADHD, autism and Tourette’s syndrome.

“In addition to an increase in young girls who seek help, we also see a rise in the use of anti-depressants.”

“Do you know anything about why more young girls seek psychiatric help?”

“No. All we know is that more young girls seek help, but we are not certain whether it is because the actual scope of mental illnesses has increased,” says Reneflot.

“It may also have to do with an increased openness in society and awareness of the possibilities for help. And the fact that there are more mental healthcare services. But this is only speculations.”

Adjustment difficulties are among the mental problems for which more and more young girls seek help. These are mental problems triggered by distressing life incidents, according to Reneflot.

“Examples of such distressing life incidents may be changes or problems connected to family or school,” she says.

“It is important to distinguish between diagnoses and general mental conditions when we talk about youth and mental health. Many people mix these two, particularly in the media,” says sociologist and researcher Anders Bakken at OsloMet – Oslo Metropolitan University.

Bakken has done research on youth since the mid-1990s, and is director of Ungdata (‘Youthdata’). According to him, the increased share of young girls seeking help from the mental healthcare services both receive and deserve much attention. Nevertheless, he is careful to distinguish between diagnosed mental disorders, which according to him apply to a relatively small share of young people, and general mental conditions that apply to many more in certain periods.

More and more girls report that they have mental problems.

“By general conditions, we’re talking about sleeping disorders, anxiety and stress, problems that affect every one in four girls in their mid-teens.”

Bakken emphasises that this may affect schoolwork and quality of life, but for most people they are not lifelong illnesses.

“But we see more and more girls report such conditions. Thus, although we are not talking about chronic diseases, we should definitely take them seriously. And we do. Both municipalities and schools are constantly initiating new measures to prevent mental problems among youth.”

Openness does not explain everything

Bakken is sceptical towards explaining the increase in girls who seek help with more openness about mental problems.

“Some point towards over reporting. Others claim that we pamper the young and make them more vulnerable and less capable of handling hardship. But if this was the only explanation, we would probably have seen an increase of mental problems among all youth,” he says.

“Why do girls struggle more than boys?”

“Some of it may have to do with biological differences between girls and boys. The fact that more girls report mental problems may, for instance, be because girls mature earlier than boys do. Moreover, boys and girls are often socialised in different directions,” says Bakken.

“We also need to remember that there are huge differences between girls; not all girls struggle. And at the same time, there are also many boys who struggle mentally.”

“Whereas relatively few report mental health problems when in primary school, something happens during the first years in lower secondary. In tenth grade, the figures are much higher,” Bakken explains.

He believes boys’ and girls’ different attitude to life may be part of the explanation to why girls struggle.

“Girls generally take things more seriously than boys. This applies to school, friends and family. For instance, we see that girls work harder in school and do more homework than boys do. And they feel more pressure from their surroundings.”

If you take life more seriously, chances are bigger that you have more worries, according to Bakken.

“Boys are more playful and have a tendency to dismiss the problems they are facing. If problems arise, many of them just start doing something else instead, or look the other way.”

According to Bakken, the questionnaires used by Ungdata has been criticised for not being able to underpin boys’ problems.

“It may have to do with how the questions are formulated. If a question begins with ‘Do you feel that …’, it may perhaps not appeal to boys to the same extent,” says Bakken.

“But at the same time, we also pose a lot of gender neutral questions where girls still score higher than boys, such as ‘Have you had sleep disorders?’”

He emphasises that boys face other challenges; for instance, they are more often involved with crime and violence than girls are.

School matters the most

“School stands out as an important factor. There is much pressure on school results among Norwegian youth today. Many are very busy at school, with tests and exams. Most Norwegian youth think it is important to get an education,” says Bakken.

“In one survey, we interviewed tenth graders, and two thirds of the girls and one third of the boys reported that they experience much school related pressure.”

It is important to look at how the schools are run and how it affects the pupils. For some it may have negative effects.

Bakken draws lines back to the Knowledge Promotion Reform (Kunnskapsløftet) in 2006, and argues that since then there has been an increased attention towards school performance.

“There has been much talk about how Norwegian pupils perform in each region compared to other countries.”

Nevertheless, Bakken does not want to turn school into the big, bad wolf.

“The level of satisfaction is high in Norwegian schools. But it is important to look at how the schools are run and how it affects the pupils. For some it may have negative effects.”

“I haven’t done any research on this. But since 2017, Ungdata has included new questions that address body-image issues among other things. So we will know more about this soon.”

Bakken emphasises that many worry that youth, and particularly young girls, experience increased body-image pressure through social media. But social media also have positive effects on the girls.

“Many girls said that they consider social media a free space and a way in which to keep in touch with friends. Nevertheless, having to be always available and having to respond to messages all the time was also a stress factor.”

Increased focus on the body

According to the report from Norwegian Institute of Public Health, the most common problems among young girls who seek help from the mental healthcare services are anxiety, depression, eating disorders and adjustment difficulties. According to Kari Løvendahl Mogstad, it is difficult to determine to what extent eating disorders are caused by increased body-image pressure. She is general practitioner, sports physician, and university lecturer at Norwegian University of Science and Technology (NTNU), and author of the book Kroppsklemma (‘The body squeeze’).

“The causes behind eating disorders are very complex and complicated, and there is a lot we don’t know about the connections here,” she says.

“What characterises people with eating disorders is low self-esteem, and they seek some kind of control over their own thoughts and feelings by controlling their food intake.”

According to Mogstad, the low self-esteem may be caused by difficult emotions and experiences in life that they have not learned to handle in other ways.

“But there is no doubt that the huge and increasing focus on the body and the pressure from society on young people in particular cause more people to have a difficult relation to food. Some of these also develop eating disorders.”

Mogstad refers to both Norwegian and international studies showing that the focus on the body has increased in society in general, and that this affects how we feel.

“Over the past ten years, since social media entered the scene, we have become far more exposed to pictures of ‘perfect’ bodies and people than we used to,” she says.

“Growing up today, being bombarded with pictures and constantly reminded that you are not good enough, of course does something with most people’s self-esteem and body-image.”

Studies show that the majority of those who develop eating disorders are girls, but Mogstad believes that there is a lot of under-reporting when it comes to boys and eating disorders.

“Boys and girls have different ways of communicating, and it is perhaps not as accepted for a boy to say publicly that he is struggling with eating disorders,” she says.

“Moreover, girls spend much more time on social media and follow various bloggers, celebrities and others who post pictures of slim and perfect bodies, and they are therefore exposed to more influence from these.”

Increased awareness and knowledge are the most important keys to counter body-image pressure.

“What are the most important reasons why girls start dieting?”

“Many simply want a better-looking, slimmer body. They perhaps mirror something they have seen online, and they use dieting as a means to achieve the ‘perfect body’.”

Mogstad refers to a study from World Health Organization a few years ago showing that fifty per cent of Norwegian fifteen-year-old girls think of themselves as too fat.

“It is not surprising, then, that many have a guilty conscience and start dieting.”

“What can be done in order to counter the body-image pressure?”

“Increased awareness and knowledge are the most important keys to counter body-image pressure and the unhealthy focus on looks that pervades our society,” according to Mogstad.

“We can’t stop social media or the market forces that make good money on our dissatisfaction with ourselves. But if both grown-ups and the young themselves understand more and become more critical towards what we see and hear, there is hope that more people manage to care less about the body-image pressure.”

Twice as many boys as girls start school late 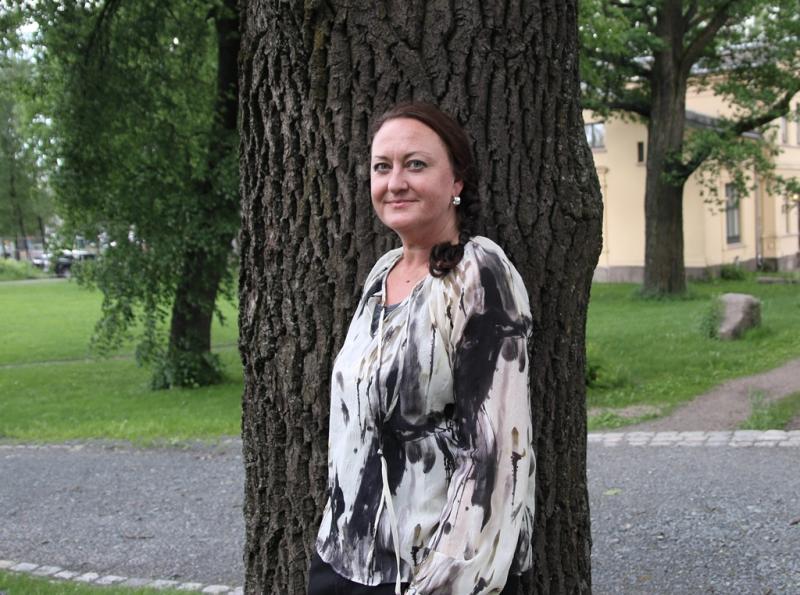 Girls choosing the hard sciences are not alike 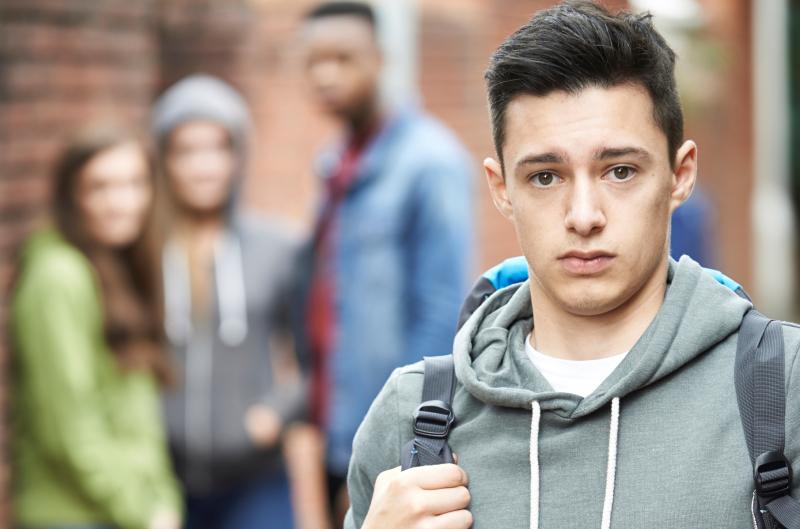