When researchers examined bullying in twenty schools, they were told that the main problem was drama created by the girls. Their findings told a very different story, however.
Ingrid S. Torp
ingridt@kilden.forskningsradet.no
27 September 2016 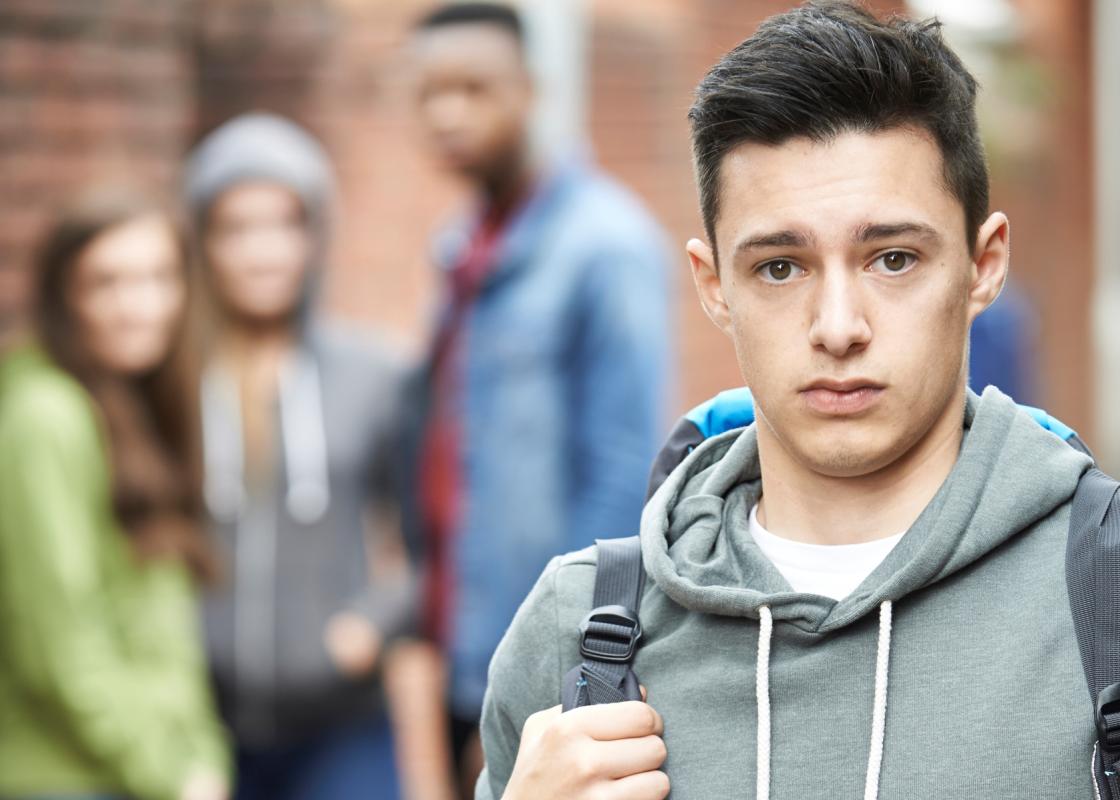 According to new research, boys bully most and are most bullied, also indirectly. (Illustrasjonsfoto: iStockphoto)
More about
Children and youth
More about
Mental health

For three weeks at a time, the researchers sat by a desk in different classrooms. In four different schools they observed the class environment this way. They followed the pupils outside during the breaks, talked to them, listened to them talk to each other and about each other – for better or worse. They interviewed teachers and other staff at twenty schools.

The material Ingunn Eriksen (NOVA Centre for Welfare and Labour Research) and Selma Therese Lyng (AFI Work Research Institute) ended up with was extensive, but some of their impressions were clear: The girls’ drama played a central role in the stories about indirect bullying such as slander, ostracism, exclusion, and rumours. The term “relational bullying” is used when someone experience these types of episodes repeatedly by a person with superior power.

Although some boys also were involved in the “girly stuff”, as it was referred to by both staff and pupils, this was not where the shoe pinched. The typical refrain was that boys are more direct, less cunning, and that they solve problems immediately as they arise. The girls’ bullying is lingering, it is more covert, and may destroy the class environment.

But when the researchers looked at their material more closely, they experienced what Eriksen refers to as “a eureka moment”.

“We thought, oh my God, here’s really something!”

When they reread their analyses, they realised that both their own and the school staff’s perception was wrong. The boys were just as exposed as the girls were. The article just came naturally after this realisation, says Eriksen. It came as an addition to a main report on strategies for a good school environment.

When the researchers looked at their material more closely, they experienced “a eureka moment”.

“When we went over our material again, we saw a number of episodes that we hadn’t noticed the first time around. We were surprised by how many stories the boys told regarding relational offences and bullying.”

The problem was that the boys themselves didn’t perceive it as bullying. Thus, the episodes went under the radar.

“We’re invited if someone’s has a birthday party, but they don’t really care about us. It feels as if we’re insignificant, and the others are cool.”

“I’ve noticed that if you try to talk to any of them, then they, like, don’t always respond. They just ignore you. They think they’re so much better than you… When the teachers are around, they automatically respond. But as soon as the teacher is gone it’s like talking to a glass wall.”

This is how one of the boys described his school reality. Eriksen and Lyng soon realised that the stories are clearly about relational bullying. But since they were so coloured by the idea of relational bullying as “girly stuff” themselves, they didn’t catch this the first time around.

“During the last ten to twenty years, scholars who study bullying have become very good at including girls in their research, which has shown that girls also bully although in a different manner than boys. This is very important. The problem used to be that only direct bullying was subject to research, and here boys are overrepresented. But because covert bullying has been considered a girls’ phenomenon, boys have been more or less excluded from the qualitative research on the field.”

In quantitative research, the boys’ experiences are naturally taken into account, says Eriksen. And when she and Lyng looked through previous research, they found support for their findings in a major study from 2010. After having looked at gender differences and bullying in Norwegian schools from fourth to tenth grade, Professor Dan Olweus concludes that boys are overrepresented in all categories.

“The study concludes that boys to a larger degree than girls practice both direct and indirect bullying. Additionally, it finds that boys are more exposed to both kinds of bullying.”

According to Eriksen, there might be several reasons why relational bullying among boys goes under the radar. One reason is that boys don’t possess the same language to describe their experiences as girls.

“Girls are used to seeing this as a problem they need to address and that is taken seriously by the teachers. This is often not the case with boys.”

“If a boy expresses himself as a victim of bullying in a girly way, this can make him even more exposed.”

Another factor that makes the problems even worse is gender stereotypical expectations regarding how one is supposed to express ones feelings.

“The opposite of masculinity is to be girly in a negative sense. If a boy expresses himself as a victim of bullying in a girly way, this can make him even more exposed.”

Not only do the girls have a better understanding of when they are exposed to something unacceptable. They’re also better equipped when it comes to addressing the bullying problems.

“There was a lot of girls’ drama in our material. Indirect bullying among girls was perhaps unnoticeable to begin with, but then they had meetings with parents and text messaging to straighten things out. Everything soon became very public. Of course, this is also very painful, but at least then they have the opportunity to seek help.”

“The boy who told the story about how the others regarded him as insignificant did not realise that he was exposed to exclusion,” says Eriksen.

“He saw it as a hierarchical problem. He experienced that the exclusion had to do with him and his personality, not with the class environment.”

And here lies the biggest challenge, according to Eriksen. Because relational bullying that is not recognised is a much heavier burden to carry.

“The greatest gender differences are not seen in terms of what the pupils are exposed to, they are seen in their possibility to get help.”

“Bullying among girls may also remain covert to the teachers for a long time. But generally it is easier for girls who experience similar things to go to the teacher, since the girls understand it as bullying.”

Bullying among boys, on the other hand, becomes an individual matter that is seldom addressed, according to Eriksen.

“The greatest gender differences are not seen in terms of what the pupils are exposed to, they are seen in their possibility to get help.”

There are a number of books and tools that may be used in order to address relational bullying, according to Eriksen. As a result, the teachers now have more knowledge about what to look for in order to uncover covert types of bullying and offences among girls. In general, she thinks it’s important that the people who deal with the pupils know that boys and girls may express themselves differently.

“When talking to boys about how they are doing in class, you need to be concrete. You need to ask questions such as “have you experienced exclusion?” or “are you under the impression that the others talk about you behind your back?” I think you have better chances of getting through the boys’ wall in this way.”

The article is based on data from a research project on schools' strategies for creating good psychosocial environments. Qualitative studies were conducted at 20 primary and lower secondary schools in the Eastern part of Norway in 2014 and 2015.

The schools were chosen on basis of reports on positive developments in the psychosocial environment at the schools due to internal strategies.

Out of the 20 schools, four schools with a particular focus on psychosocial environment were chosen. At these schools field work was conducted in six classes with pupils in the age 10-16 years (one fifth grade, two eight grades and two tenth grades).

More about
Children and youth
More about
Mental health 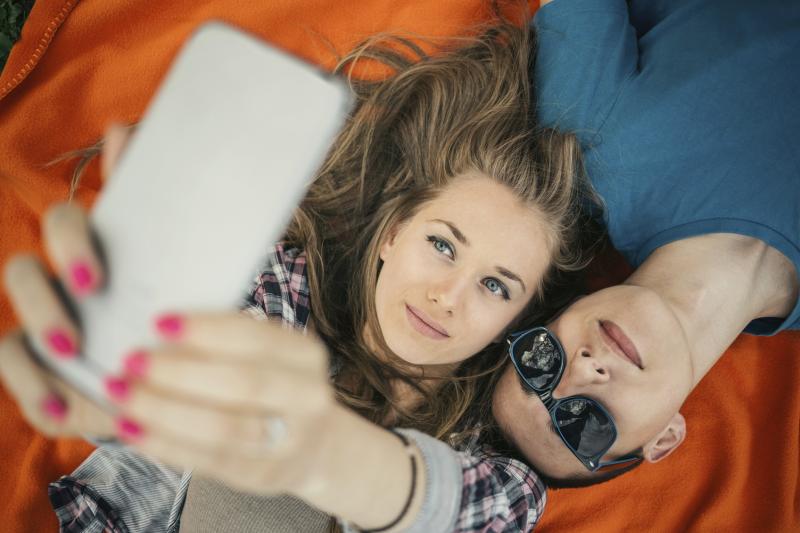 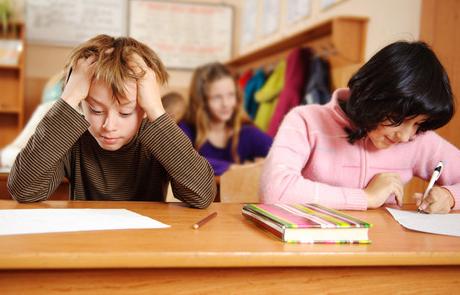