From gender equality to inclusion

How will gender equality efforts in the research sector evolve as we take more and more groups into consideration?
Kjerstin Gjengedal
frilanser@kilden.forskningsradet.no
6 May 2022 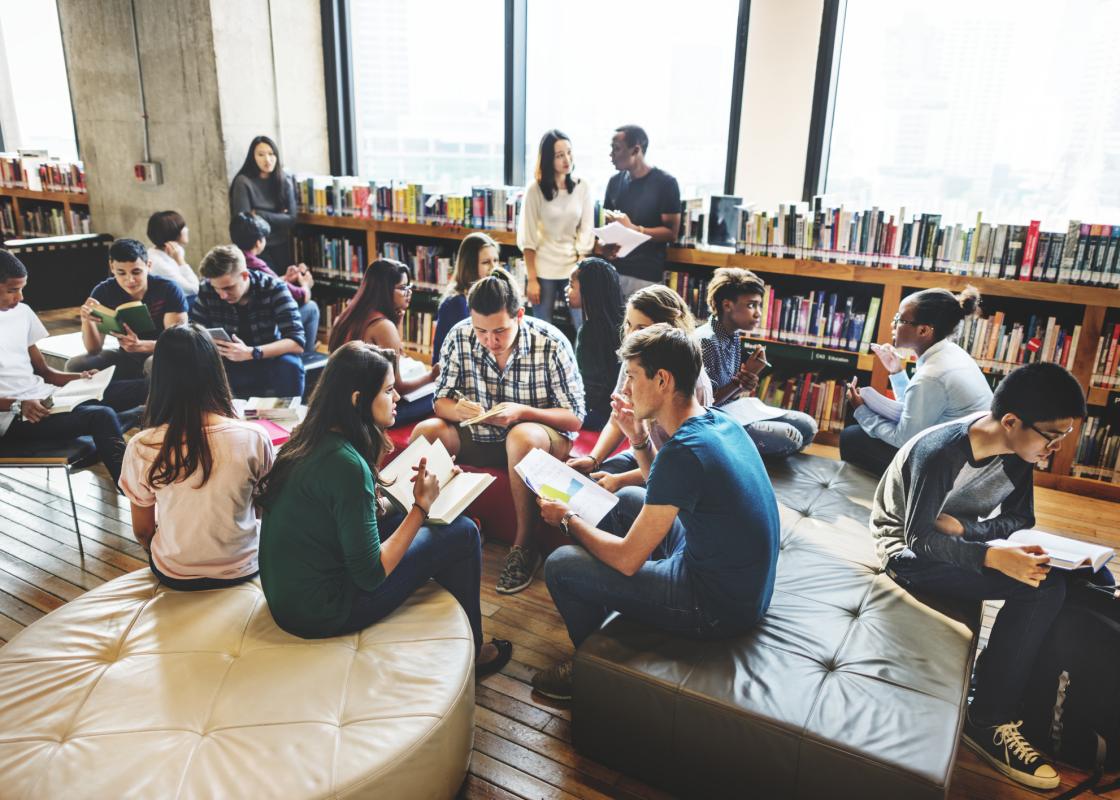 Universities and university colleges have long had guidelines for dealing with discrimination and harassment, but perhaps what is needed going forward is more knowledge about how well people are actually thriving in their typical working day. Illustration photo: iStockphoto
More about
Academia
More about
Education
More about
Discrimination

When the new KIF Committee was formed earlier this year, it embarked on an expanded mandate: now the Committee’s work encompasses not only improving gender balance and ethnic diversity in the research sector, but also taking social background into consideration (see fact box).

This expansion follows a broader trend: a few years ago, Norway adopted a new Equality and Anti-Discrimination Act consolidating two separate acts that over the years had been designed to protect new groups from discrimination. Institutions in the higher education sector have already replaced their action plans for equality between the genders with action plans that cover gender equality, diversity and inclusion.

Does this signal that the field of gender equality and diversity is now being treated as a multidimensional complexity? Are we seeing a trend towards intersectionality, i.e. that gender equality and diversity work start from a standpoint that discrimination and differential treatment can occur for a variety of reasons that overlap and compound one another? Or is the issue more about the sector having to juggle more and more fields, each with its own measures and targets?

Julia Orupabo, a senior research fellow at the Norwegian Institute for Social Research and a member of the KIF Committee, is eager to see how the new mandate will be put into practice. She served on the previous committee as well.

“One element of the committee’s work is to visit institutions, meet teachers in the sector and find out where the problem areas lie and share our advice as well as experience from other institutions. Part of what is so interesting about these conversations is that other issues besides gender equality can arise,” she says.

The discussions we’ve heard most recently, on first-generation academics, indicate that this topic has received too little attention

“The KIF Committee began as a committee for gender equality, but once you get involved in inequalities in academia, you soon find out that it’s a complex issue. In our visits to institutions, topics come up such as foreign employees being especially left out in the wake of the COVID-19 pandemic, or that social background plays a role. So my impression is that it’s not just gender being addressed at the institutions.”

When its mandate was expanded to include ethnic diversity issues, the KIF Committee initiated a report (in Norwegian only) to identify the academic opportunities and barriers for people with immigrant backgrounds.

Is a similar report needed when it comes to social background?

“This is one of the first things we have to decide on: Is our body of knowledge complete enough? But the discussions we’ve heard most recently, on first-generation academics, indicate that this topic has received too little attention,” says Orupabo.

“Many sociologists know a great deal about the classic issues, and we know that social background plays a role in mobility, even in egalitarian Norway. But in practical efforts and measures to create diversity in the higher education sector, there has been too little focus on the significance of social background.”

Last year, when the University of Oslo (UiO) adopted its new Action Plan for diversity, equality and inclusion 2021–2024, it primarily included specific measures targeting gender. UiO wanted to enhance its body of knowledge in order to draw up diversity-related measures, and commissioned a research report from the Centre for Gender Research (STK), to be completed in the first half of this year.

“The report will partly be a review of research on diversity in academia, and partly a presentation of results from surveys we’ve conducted here at UiO,” explains Associate Professor Beret Bråten of STK.

In her opinion, the work on ethnic diversity and inclusion in Norwegian academia is still at an early stage, and the sector has not quite decided on an approach to pursue. For instance, it is not a given that efforts promoting diversity must always be based on intersectionality.

“Some issues relating to diversity, for example, have no obvious gender component, such as language.

“Norwegian institutions are hiring more and more international employees, and there is a general requirement for them to learn Norwegian, but how can this be carried out properly? And what about PhD candidates and post-docs, who often have temporary contracts but nonetheless will be here for quite a while and need to understand the language used in their daily working environments?

“These are important questions for both inclusion and the working environment, and they are tied to certain groups of employees, without necessarily involving gender equality.”

Read also: Is the term ‘intersectionality’ being misused?

The issue of discrimination is far more tied to intersectionality, Bråten believes, but just exactly how is difficult to pinpoint.

“Discrimination in Norwegian culture is often subtle: it’s not having insults thrown at you, it is more about non-inclusion. And what is this rooted in? Is it because I am a woman, or come from a different part of the world, or because I have a certain appearance?

Some issues relating to diversity, for example, have no obvious gender component, such as language.

The institutions have long had guidelines for dealing with discrimination and harassment, but Bråten believes that perhaps what is needed going forward is more knowledge about how well people are actually thriving in their typical working day.

“The sector has been recruiting internationally for quite some time, but the current situation – with very many international employees – is actually fairly new. We need to understand what this entails, and how to manage a working environment that is much more complex than before.”

When it comes to social background, a thorough discussion is needed around how to think about it, says Bråten.

She adds that it is well documented that social background makes the climb up the academic ladder steeper for some than others, but what can be done about this?

“Norwegian universities have not differentiated their educational programme offerings for students. The students can receive financial support if they have concrete needs, but that is a different matter. It is not at all easy to address social background differences in a system based on everyone receiving the same programme offerings. I certainly don’t have the answer for that.”

Bråten sees different approaches to promoting gender equality and diversity within the sector:

“Discrimination is one thing. Then there is inclusion, either being made a genuine part of the research environment, or feeling left out. This does not necessarily have anything to do with discrimination – it could stem from language, social dynamics or professional hierarchy,” she points out.

Another topic is the formal recruitment process: Is it fair or not?

“And then there is room for different viewpoints: diversity is not only about avoiding differential treatment, but also that diversity of perspectives enhances the quality of the universities’ pursuits. All these topics involve diversity, but the basis for promoting it will differ somewhat with each context.”

The STK report is intended to provide a basis for specifying measures in the UiO action plan. Bråten explains that action plans are a standard way of handling certain issues at Nordic institutions.

“It is up for discussion, of course, how much action plans mean in a sector with major trends that are not necessarily pulling in the same direction as gender equality and diversity. But the plans offer a systematic approach, which at least creates awareness of the problems, both institutionally and with the individuals taking decisions that impact these fields,” says Bråten.

More attention to the mechanisms

The KIF Committee’s mandate emphasizes the need for knowledge about how gender, social background and ethnic background affect critical transitions in a research career.

Julia Orupabo considers it essential to understand the mechanisms in play here, whether it is recruitment processes and access to permanent positions, or more subtle mechanisms of exclusion.

“If certain groups fall by the wayside in career transitions, do we attribute this to mechanisms of exclusion and being passed over for promotion, or their not getting adequate support and assistance to believe they can succeed? For some groups, such as internationally recruited researchers, the biggest challenge can be the transition from a temporary to a permanent position. For others it may be about a need to recruit from a more diverse applicant pool,” she says.

For some groups the biggest challenge can be the transition from a temporary to a permanent position.

Viewing gender, ethnicity and social background as a whole makes the field more complex, but can also lead to greater sensitivity around what factors are crucial in different contexts, Orupabo believes.

“For example, a person may be privileged in some situations because of a middle-class background, but other times may experience discrimination based on gender. I think a broad approach to this issue can make us more precise, and perhaps make it easier to design concrete measures for a specific situation,” she concludes.

The mandate from the Ministry of Education and Research to the KIF Committee for the period 2022–2025 states that:

The Committee shall seek to raise the overall level of awareness of issues related to diversity, inclusion and harassment at higher education and research institutions. This includes increased knowledge about how gender, social and ethnic background affect critical transitions in a research career; from the path into research to senior-level and leadership positions.

See: Mandate for the Committee for Gender Balance and Diversity in Research (KIF)

All public institutions in Norway are required to actively promote gender equality and diversity.

See here for action plans for equality and diversity at universities, university colleges and research institutes.

Read about Norway’s Equality and Anti-Discrimination Act: Laws and regulations. 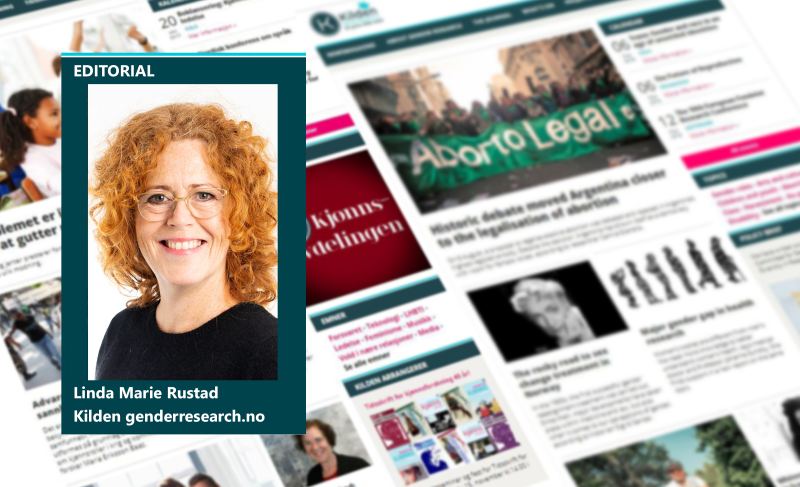 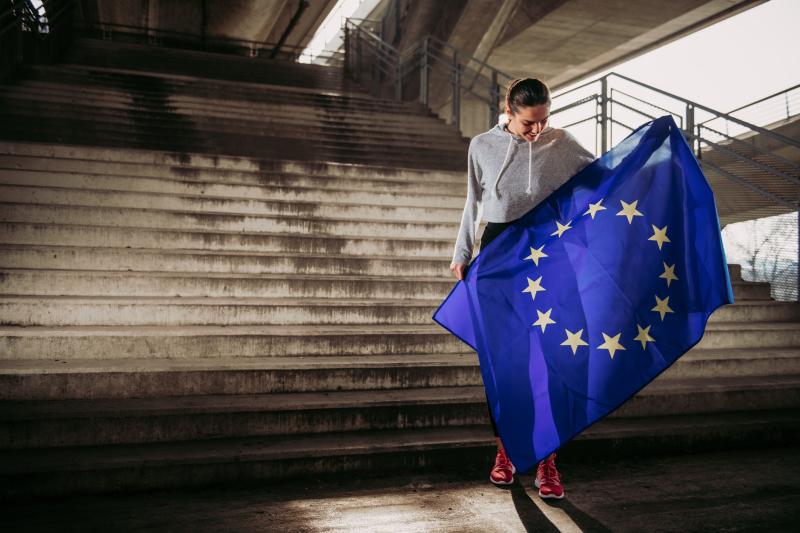 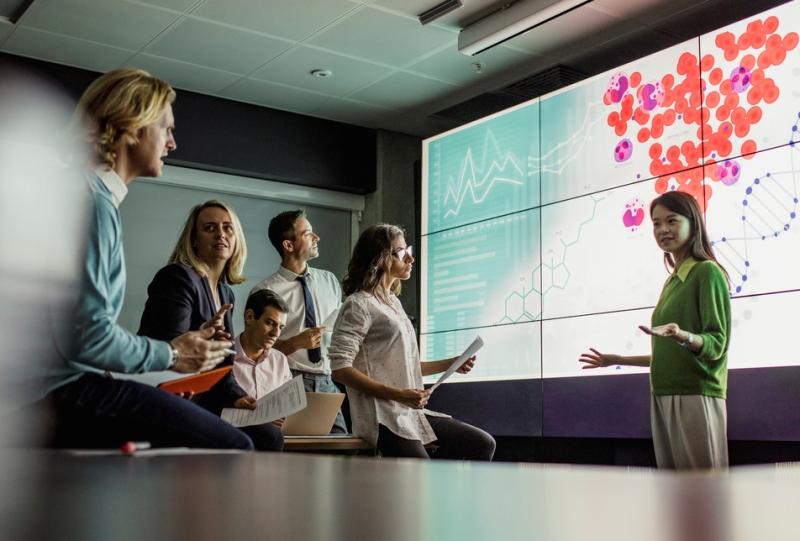