Fascism and Masculine Ideals – Thoughts on the Russian War in Ukraine

It may be fitting to observe the war in Ukraine through the lens of gender equality, according to Erik Melander.
Erik Melander
Professor Uppsala University
8 April 2022 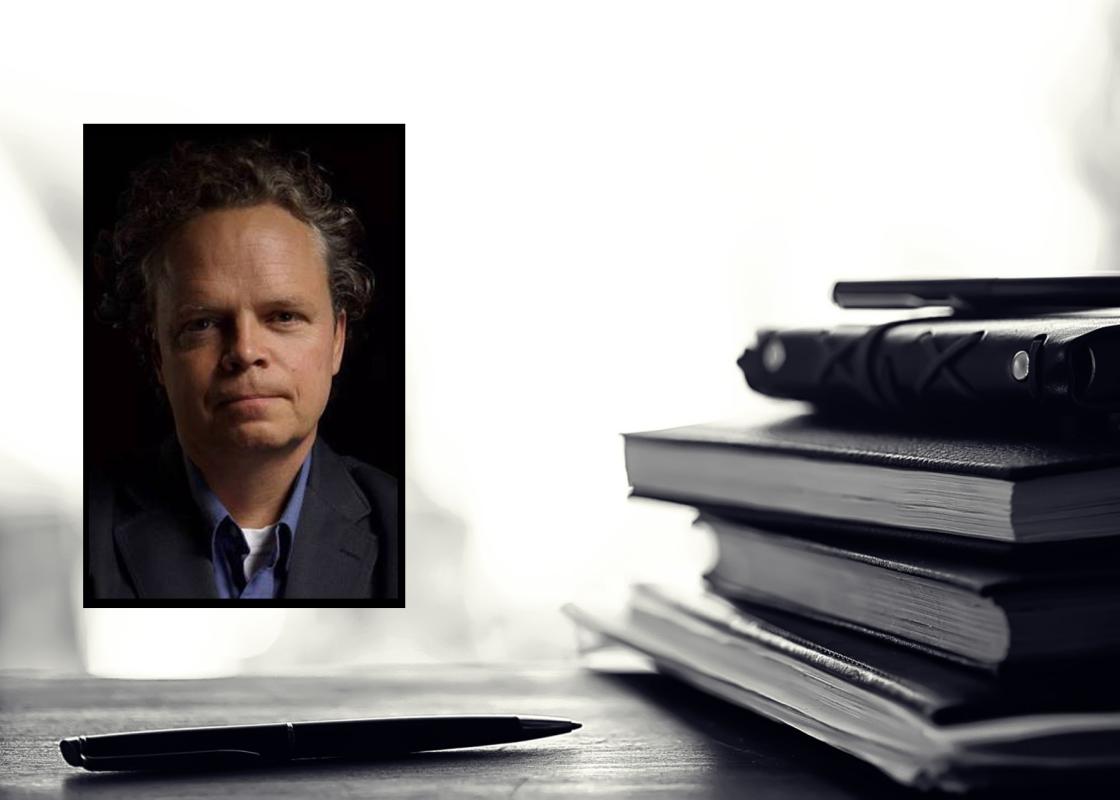 "Research shows that violent and intolerant attitudes and behaviours in an individual to a high degree covary with that same individual embracing certain masculine ideals," writes Erik Melander. Foto: Uppsala University/ iStockphoto
More about
Peace and conflict
More about
Masculinity
More about
Military and defense

This is an opinion article and reflects the author's own views.

The renewed Russian war of aggression against Ukraine is still raging on, and our thoughts naturally turn to the ways in which we can provide assistance and aid to both the defenders and the victims. If one simultaneously wishes to take an analytical look at the broader picture, there are multiple perspectives that would be of interest. Thus, it may be fitting to observe the war in Ukraine through the lens of gender equality.

Research shows that societies which are more gender equal also are more peaceful. The current developments illustrate in quite an unsettling way the connections between – on the one hand – the desire of the fascist-like Putin regime to dominate other peoples in the name of the Russian nation, and on the other an ideal of militaristic masculinity which Putin both pursues individually and strives to disseminate into Russian society.

The American historian Robert O Paxton has identified the forces which drive fascist movements, and his research – among other things – points to an underlying feeling of crisis and humiliation, the belief that one’s own group has been victimised, the need for authoritarian leadership (always in the shape of a man), and the legitimation of the use of force in order for one’s own group to dominate others.

The violent warrior is glorified, and women are to be brought back to their natural state – at home, nurturing the children – in order to push back corrupting foreign influences. As the fascist leader Mussolini stated in the Italian parliament: War is to men as maternity is to women.

Research shows that societies which are more gender equal also are more peaceful.

It is easy to recognise these patterns in the recent developments in Russia, for example how Putin has made many attempts to portray himself as the undisputed ruler and a “macho man”, while at the same time women’s rights are under attack. It is also interesting to note that similar thought processes can be found within many other violent authoritarian movements, for example in militant Islamism. Or in the manifesto of the Norwegian mass-murderer Anders Bering Breivik.

Research shows that violent and intolerant attitudes and behaviours in an individual to a high degree covary with that same individual embracing certain masculine ideals. Specifically, this research focuses a type of masculinity which is hostile toward gender equality, and prescribes that men are to be tough, dominant and prepared to use violence, both in response to being challenged and in order to garner respect.

This can, for example, be seen in an increased propensity for committing rape and other violent crimes, in the approval of torture, in participation in political extremism and political violence and lastly in an exaggerated propensity for risk-taking. Societies where this kind of male archetype is strongly promoted consequently become more violent and less tolerant. At the same time men are typically – due to their real or imagined role as warriors – claiming a more privileged and dominant role in relation to women. This is one core aspect of fascism which contributes to the promotion of aggression toward other groups and countries.

Closely linked to this is the belief that societies which are gender equal and tolerant are unable to be effective in a war, and that militaries which integrate women, homosexuals and other traditionally excluded groups are inferior to those which promote warrior masculinity.

This perception does not garner any support in systematic studies of various countries’ efficiency on the battlefield. To the contrary, there are several strong arguments for the view that an open and tolerant society produces more motivated soldiers, and that a military which promotes tolerance and diversity can be more effective due to the pool of potential recruits being larger.

Moreover, a military that does not draw on militant masculinity should have fewer problems with soldiers who discriminate colleagues, rape and commit other violent crimes, torture prisoners, and take excessive risks.

The current war between Ukraine and Russia to some extent serves as an illustration of this. Compared to Russian society the Ukrainian society is significantly more gender equal and LGBTQ-tolerant.

In 2020, more than 31 000 women served in the Ukrainian armed forces, which corresponds to 16% of the total number of people serving. Out of these women, 4810 were officers and among these, 12 were company commanders and 109 were commanders of platoons. During the fighting in the Donbas region in 2014, 257 women were awarded distinctions for their actions in combat; nine of these were granted posthumously.

In the renewed, currently ongoing Russian invasion, the Ukrainian forces appear to be significantly more efficient on the battlefield, while the Russian army has been characterised by – among other things – very harsh treatment of its own soldiers, hazing and a stale and out-dated masculine ideal, which emphasizes the male warrior role.

Perhaps there is a parallel to be found to the high defense morale of the Nordic countries. Research has shown that these countries have a “weirdly” high will to defend themselves, and can in that regard be seen as outliers. Typically research finds a covariation between societies in which there is a high tolerance for diversity, an emphasis on self–actualisation, emancipative values and a low defense morale.

But the nordic countries combine exactly these values with a high defense morale. Researchers have put forward the interpretation that the unusually high will to defend themselves in these cases can be explained by the fact that the population has a desire to defend these, and other, values.

This interpretation, in combination with the long-lasting close proximity to a threatening empire with a society that represents a sharp contrast to these values – i.e the USSR/Russia – could provide a possible explanation for the high defense morale in the Nordic countries.

Modern militaries should strive for broad support in all parts of society, so that the will to defend has strong roots.

It stands to reason that there will be many important lessons which modern armed forces can take away from the gruesome war in Ukraine. One of these lessons already now appears to be that the strategy of establishing a modern ethical foundation and broadening the pool of recruits will contribute to stronger armed forces.

The prospects of recruiting the most suitable people for each position, without any discrimination, would benefit. Further, such an approach should enhance the training of well-motivated soldiers who focus on the task at hand instead of trying to enact some warped masculine ideal.

Modern militaries should strive for broad support in all parts of society, so that the will to defend has strong roots. The critics who have been complaining about “wokeness”, “virtue signaling”, “a feminized military” and similar notions appear to be misguided.

Of course it may in some specific cases be sound to question, for example, how much education is needed on the ethical foundations, as well as what the exact content of this education should be. But those who are unable to accept these ethical values, and the more inclusive approach within the forces, most likely do not belong in a modern military, but would rather be a burden for their comrades.

This text was first published in Swedish by Cornucopia 8 March 2022 and published in English by PRIO Blogs. Translated by Gabriel Lönn. 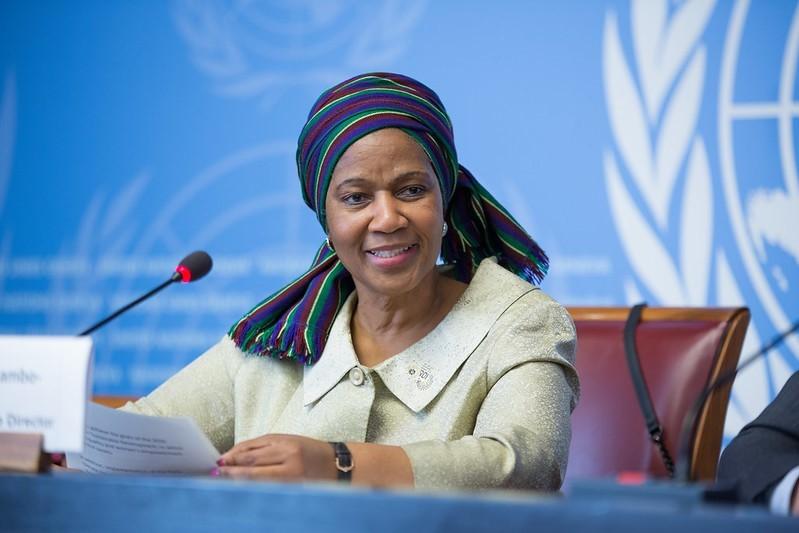 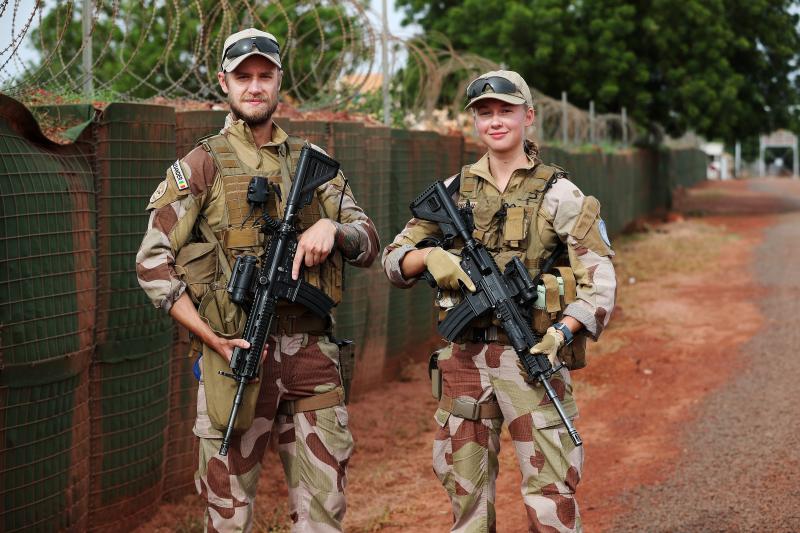 Gender issues are ridiculed and sabotaged in the military 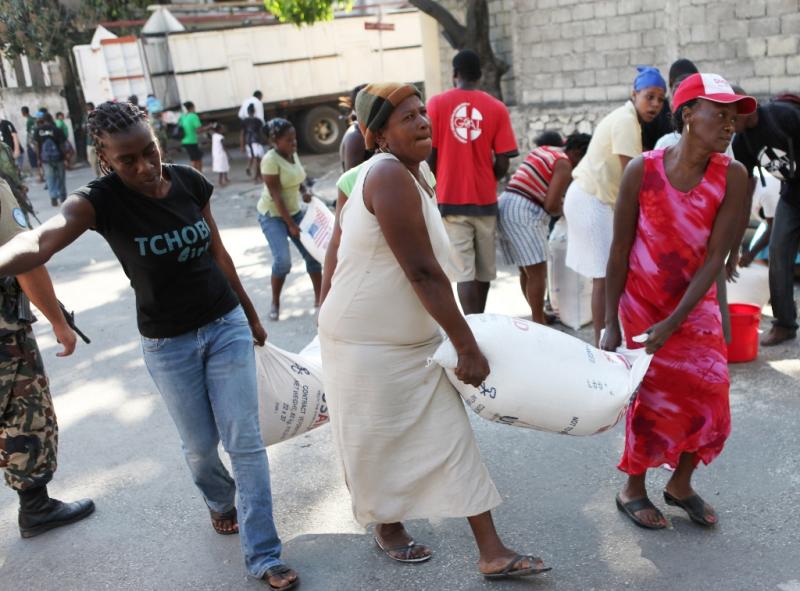