The Norwegian-Pakistani daughters are raised by stay-at-home mothers in gender traditional homes. But following in their mothers footsteps is not an option. Even after having children, they return to their paid jobs.
Ida Irene Bergstrøm
ida@kilden.forskningsradet.no
16 October 2014 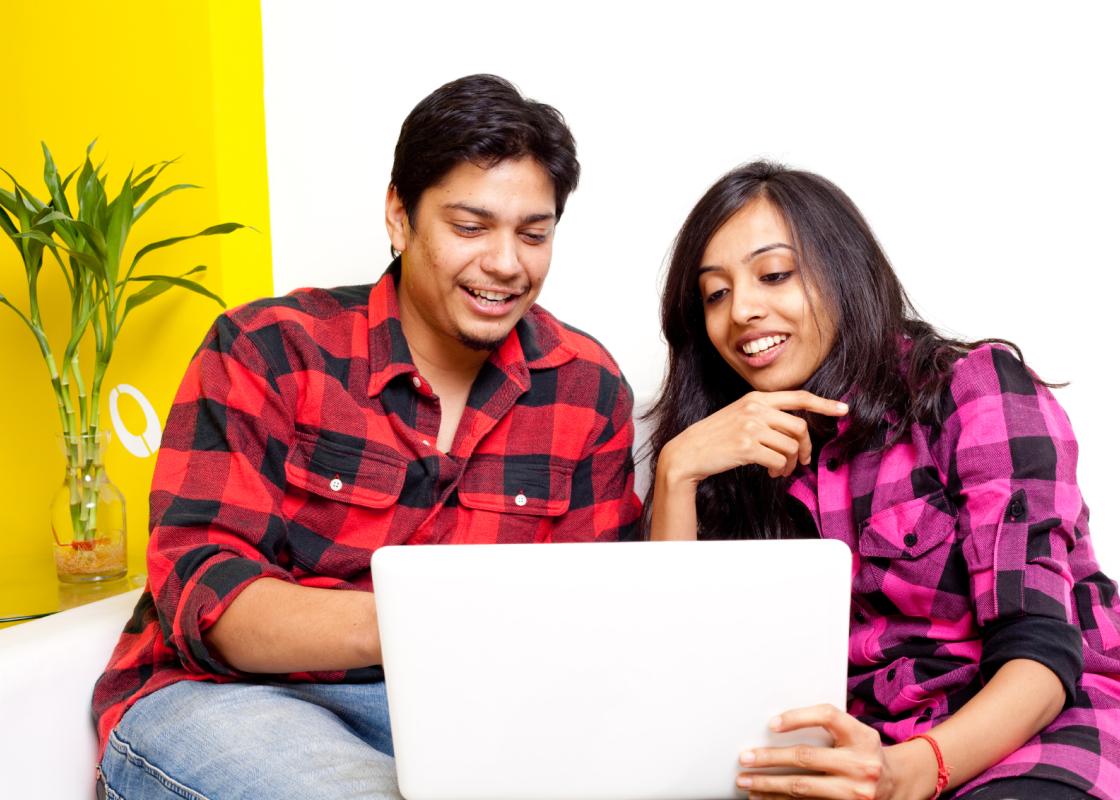 Marjan Nadim has interviewed Norwegian-Pakistani women who have broken with their parents' traditional gender pattern. They insist on their right to work even though they have small children. (Illustration: Istock)
More about
Migration
More about
Gender equality
More about
Children and youth

“Even the women who come from the most gender traditional families and are brought up with parents who expect them to make similar choices as themselves have other aspirations. They don’t regard family life as sufficient to provide them with a meaningful life,” says researcher Marjan Nadim at the Institute for Social Research.

Nadim recently finished her PhD about children of Pakistani immigrants and their attitudes towards childcare and women’s work.

Immigrant women from Pakistan have a lower participation in the labour market than both Norwegian women and immigrant women from many other countries. Nadim thought her thesis would be about the women's difficult choice to continue to work or not after having children.

But continuing to work after having children was taken for granted. The dilemma was rather how to combine work and family life.

“It was very similar to the descriptions from research on Norwegian families,” says Nadim.

"Mum was a housewife and she was always there when we came home", said one of the women. "I want to work and be there for my family. It is a constant struggle, or psychological challenge. Are you a good enough mother or not?"

Nadim has interviewed fourteen women and five of their husbands. The women are all in their thirties, they have children under the age of six and they all work. Some of them only work a few hours a week while others have prestigious positions, which require overtime.

They are the oldest women in the young second generation of Pakistani decent, and the first to establish their own family lives in the country that their parents chose to migrate to.

Nadim’s thesis is entitled Forerunners for change and she calls the fourteen women pioneers.

“Many of them have higher education and they all work. They have made other choices than their mothers and they have completely different views on work and childcare than their parents,” says Nadim.

“The great public concern that these women will reproduce their parents’ lifestyle patterns with low participation on the job market and stereotypical attitudes towards gender is highly exaggerated.”

Influenced by childhood in Norway

According to Nadim, research on integration has been too preoccupied with where the immigrants come from.

It is equally important to look at the societies they immigrate to, she claims.

According to Nadim the Norwegian context has been vital to the development of the Norwegian-Pakistani women she has interviewed.

“My research shows that in a society such as the Norwegian – where the culture and institutions are so clearly supportive of working mothers – women with an immigrant background will use this opportunity to combine motherhood and work.

In favour of kindergarten

Norwegian family policies and the easy access to kindergartens and education are important. But the cultural perception of these facilities is equally significant.

“Not only do you have access to an affordable kindergarten, there is also the general attitude that kindergarten provides good childcare,” says Nadim.

All the women she has interviewed have their children in kindergarten. They argue against their own mothers who often think their daughters ought to stay at home with the children.

This new generation of women, who did not themselves attend kindergarten, insist that kindergarten is good for the children. However, they think it is a little too early to send away a one-year-old.

“Several spoke about a three-year rule in the Pakistani community, and a general attitude that it is too early to place their children in kindergarten before that. But this attitude did not necessarily reflect their own views on the matter.”

Some sent their children to kindergarten at the age of one while others received help from their mothers to look after the children for a while longer.

Definitely not a housewife

Another important aspect is the significance of work in Norwegian culture. Having a job is regarded as a necessity for both men and women in order to have a meaningful life.

“Also, compared to other countries the housewife has very low status in Norway,” says Nadim.

The women did not want to be associated with the housewife role and they did not understand how their mothers had managed to just stay at home.

Their mothers on the other hand, while complaining that their daughters ought to spend more time at home, made it possible for their daughters to go to work by taking care of the children and helping out with practical matters.

The husband is still the main provider

Although it was natural for the women to work, the understanding of what this work meant varied.

“The prevalent attitude was that the husband was responsible for providing for the family. The general opinion was that women are supposed to work, but their job shouldn’t be a threat to the husband as the main provider,” says Nadim.

Instead of focusing on financial motives, many of the women talked about the self-realisation aspect of their jobs. Their work was supposed to be rewarding for them as independent individuals, not something they had to do in order to manage financially.

In cases where the woman’s income was needed it was regarded as a necessary evil that she had to contribute financially to the family’s household.

Four of the women regarded themselves as equal providers and openly challenged the idea of the husband as the main provider.

“However, also these women insisted that having a job was not only necessary financially. They emphasised their right to work and that working was rewarding beyond the actual monthly pay check,” says Nadim.

In their encounters with husbands from Pakistan, Norwegian ideals of equality became a part of the women's identity. The Pakistani husbands often 'didn't get how things are done in Norway'.

But the women are well aware that they are regarded as potentially suppressed and subdued women by Norwegian society.

“They present themselves as women who are in charge of their own lives and make their own decisions. Their husbands and parents are not in charge. As one of them put it: «I wanted to go back to work, so I just did»,” says Nadim.

“This way of insisting that they make their own decisions also reflects that they are constantly confronted by the image of themselves as women who are not in charge of their own lives.”

Women in a strong bargaining position

Nine of the women were married to men from their parents’ home country.

“There’s a great public fear of what this might bring,” says Nadim.

According to the women, these men arrived with ideas about work, childcare and family life which in some cases resulted in conflict and discussion.

“But women who are raised in Norway and marry a man from Pakistan find themselves in a strong bargaining position. He has just arrived in a new country, he doesn’t speak the language and he has no network. Migrant status becomes more significant than gender,” says Nadim.

And since it takes time for the men to get work, the women’s income becomes important.

“There are more things pushing the women towards the labour market than away from it in these marriages.”

Previous research has shown that such immigrant husbands find their new situation very difficult, but the husbands Nadim spoke to had all been in Norway a while.

“They seemed to have worked it out somehow. At least it had not affected the women’s participation in the job market.”

The Norwegian-Pakistani women were also worried about what kind of men they were marrying from Pakistan. Their concern was not always justified.

“One of the women married a man with higher education than her. She had only finished high school. His family was concerned about her getting a proper education before the couple had children,” says Nadim.

“Her expectations of her husband were put to shame; he was the exact opposite of what she had been expecting.”

Marjan Nadim is a research fellow at the Institute for Social Research in Norway.

She recently defended her PhD Forerunners for change: Work and motherhood among second-generation immigrants in Norway.

There is a total of 126, 100 people who are born in Norway of immigrant parents.

The largest group consists of 15 600 people with parents from Pakistan.

Other large groups are the 9800 children of Somali parents and 8200 children born of parents from Iraq. 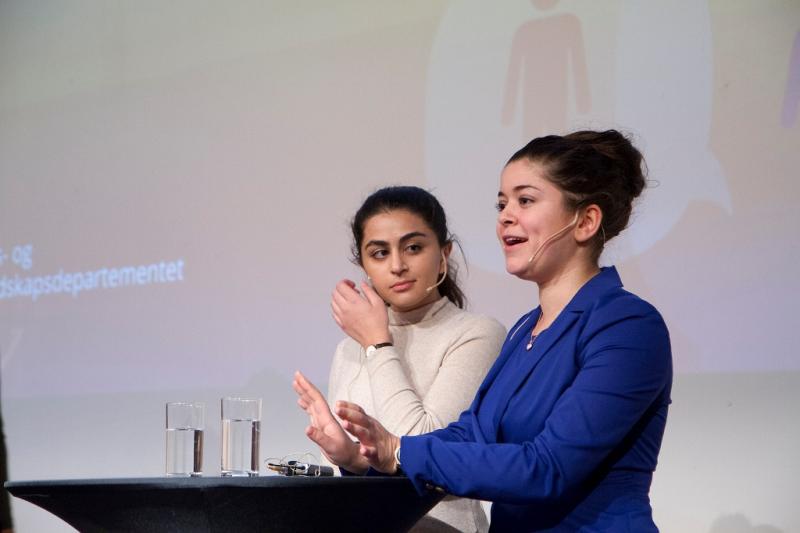 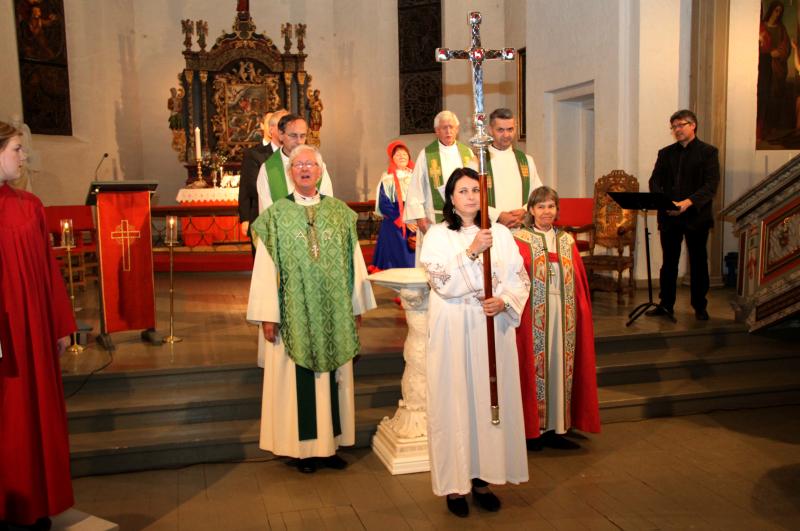 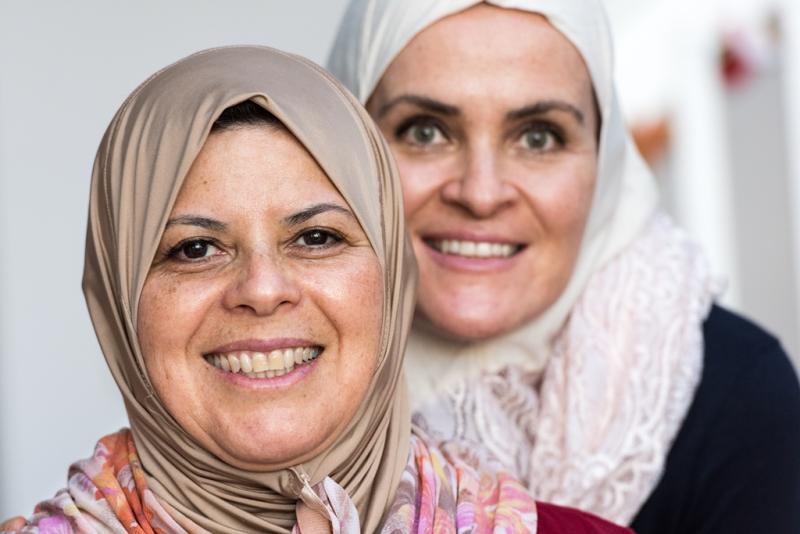