“We are not certain why endometriosis occurs”

According to specialists, more knowledge about causes, more funding, and more education may provide better treatment of the condition currently affecting one in ten women.
Tyra Kristiansen Stave
tyra@kilden.forskningsradet.no
6 April 2022 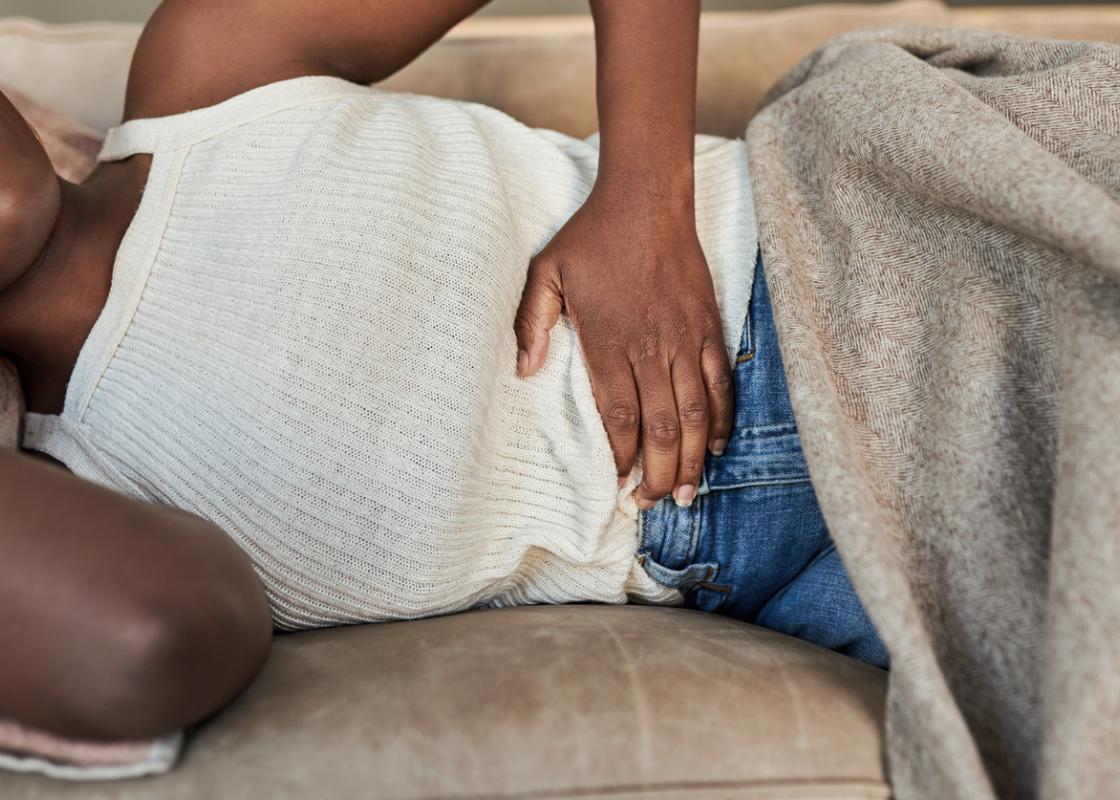 “I would like a treatment that works and does not make it impossible to get pregnant while receiving treatment,” says Guri Majak at Oslo University Hospital. Illustration photo: iStockphoto
More about
Women's health
More about
Health and gender

“Endometriosis is a condition in which tissue similar to the womb lining appears outside of the uterus,” says Guri Bårdstu Majak, head of the gynaecology ward at Oslo University Hospital.

Affects one in ten women

The number of women affected by the condition is uncertain. However, there are strong indications that approximately one in ten women has endometriosis.

However, it varies how much they are bothered by the condition.

“For many, it is practically disabling, at least during parts of the month. It affects their ability to participate in work life and school. For some women, the condition prevents them from having children when they wish."

Precisely because it is so painful and requires significant resources from society in terms of absence from school and work and hospitalisations, it is important to conduct more research on the condition, according to Majak.

“There are several arguments for why women personally, and society in general, would benefit immensely if we were better equipped to treat endometriosis.”

Much of the knowledge we have about endometriosis today is old news, although new research on the condition is also published.

“We are a bit stuck in this field. John Sampson developed the theory on why some women get endometriosis back in 1921. We know now that much of his theory is incorrect, but we still do not know exactly why some women have this tissue outside their uterus,” says Majak.

It affects their ability to participate in work life and school.

“In other words, we are stuck in something that was published a hundred years ago. Even though we know it is not correct, we have no new research providing any certain knowledge about how endometriosis occurs, and consequently no knowledge about other ways to treat it than what we are doing today.”

“Many studies on endometriosis are not of sufficiently high quality. This is because most of them have few participants, heterogeneous patient groups and thus not enough validity.”

Majak is particularly curious about research on how the condition occurs and wish to see precise numbers of how many people are affected by endometriosis. However, more than anything else, she wishes to see research on treatment without too many side effects.

The existing treatments for this condition are either hormonal or surgical. Majak emphasises that women receiving hormonal contraception to ease the pain cannot become pregnant without stopping the treatment.

“I would like a treatment that works and does not make it impossible to get pregnant while receiving treatment.”

To diagnose the condition, one needs to take a test of the tissue outside the uterus, which requires a surgical procedure.

“We need new tools that make it easier to diagnose without surgery, for example through blood tests.”

Majak believes that the lack of a more straightforward way to diagnose endometriosis makes it difficult for the women to get a referral from their general practitioner.

“The girls and women go to their general practitioner with pains often related to their menstruation. A little pain is common for everyone who menstruates, and it may be difficult for the patient to express their own experiences of pain.”

“As long as the general practitioners lack an objective way to diagnose the condition, delays are common. They have no clear criteria for diagnosing or when to refer patients to specialists.”

Chief consultant Ingrid Marie Ringen at the women’s clinic at St. Olav’s Hospital maintains that a central research question is what causes endometriosis.

“An essential question that needs to be explored is why endometriosis occurs as an inflammation-like condition among some women but not others.”

She maintains that there is some ongoing basic research on why this is the case.

“We believe that a combination of genetics and social environment contribute to the occurrence of endometriosis. These are the types of connections we wish to identify in order to find new methods of treatment.”

However, Ringen agrees with Majak that it is difficult to recruit enough patients to studies and therefore to draw any specific conclusions from the results.

World Endometriosis Society, works to connect academic communities within the field of endometriosis across the globe. In this way, they can gather more extensive data material, Ringen explains.

“Much of the basic research is in its early phase, and it will take some time to get the results from these studies.”

In addition to the causes of endometriosis, there is also ongoing research on diagnostics, treatment and fertility. For instance, researchers are currently developing other types of pain therapy and a new type of hormonal treatment.

The most recent within endometriosis among therapists is an adjustment of what is considered optimal surgical treatment, Ringen explains.

Much of the basic research is in its early phase, and it will take some time to get the results from these studies.

“A relevant question is to what extent it makes sense to remove mild endometriosis surgically. Moreover, in cases of serious endometriosis, an increasingly conservative surgical technique has been developed in order to reduce serious complications.”

“Ultrasound diagnostics for endometriosis has also become much better, but the examination requires an experienced practitioner. This makes it possible to identify serious endometriosis at an earlier stage. It also provides more focused and better-planned surgery.”

Should be included in the sex education

According to Ringen, knowledge about endometriosis could be improved on many levels.

It is important that people know what are acceptable menstrual pains and what are not.

“This kind of information should be included in the sex education in schools, to make it a natural topic to address. Young girls restrained by menstrual pains in their everyday lives need to know when and where to get help.” Here it is crucial that public health nurses possess enough knowledge about the condition, she maintains.

Kim Roger Rydeng, a gynaecology specialist at University Hospital of North Norway in Tromsø, also thinks we need more knowledge about the condition, both among those affected and in the health services more generally.

He suggests more education in school for girls between the age of 12 and 15, easily accessible sources of information online and an app for easier structuring of symptoms.

It is only reasonable that education about endometriosis is given more space within the medical and nursing schools precisely because it affects so many women, impacts their quality of life and has high personal and societal costs, according to Rydeng.

“Here in Tromsø, the students themselves have asked for more education on endometriosis through course evaluations. This is something we are working on.”

According to Rydeng, there is a fair amount of knowledge about the occurrence, relevant medical assessment and treatment options.

“But although the condition has some characteristic symptoms such as menstrual-related pains, which are the most typical, there are also several vague and unspecific symptoms and findings."

He emphasises that there are certain risks related to taking tissue samples from a patient under narcosis for the purpose of confirming the diagnosis.

“The current treatment options are relatively harmless. Therefore, it is common to try these first when we suspect endometriosis before the diagnosis is confirmed."

“This involves a natural delay of the final diagnostics. Sometimes this delay is presented slightly oversimplified as ignorance and a lack of interest.”

Rydeng explains that the delayed understanding of the causes and development of endometriosis sometimes influence the treatments offered.

“Giving a sufficiently good treatment to patients whose effect of hormone treatment is bad or who cannot receive this treatment for various reasons can be a challenge.”

“We are working to provide a better option for these patients.”

Majak at Oslo University Hospital finds it challenging that so few people are familiar with the condition.

“Partners, parents or teachers, the ones closest to the women when the condition occurs have not even heard about endometriosis although it is equally common as diabetes."

Majak also believes that there is a lack of knowledge among medical practitioners.

“It is a topic that many seem to be interested in learning more about, which is positive. Nevertheless, only 60 minutes is set aside for this in medical school."

“With so little time, we cannot expect general practitioners to know enough about endometriosis.”

However, the reason why so many have become aware of the condition today, relatively speaking, is that several patients have come forward with their stories in the media.

“I think the reason why endometriosis has received more attention lately is that several people have dared to speak up about it, not because of any new research findings within the field.”

In order to acquire the knowledge that Majak calls for, earmarked research funding is needed, she maintains.

“Research is largely governed by funding.”

When it comes to medical conditions, much research is funded by the pharmaceutical industry, Majak explains.

“Endometriosis has not been sufficiently relevant for this industry since we only use hormonal contraception and normal painkillers as treatment. These products are already on the market.”

Nor has any public funding been set aside for research on endometriosis, although Majak is hopeful that this will change.

Research is largely governed by funding.

“But there is still no earmarked sum noticeable to those of us working with the affected patients.”

In her opinion, more long-term funding is needed in order to obtain ground-breaking studies that may lead to better treatment of the condition.

“Instead of being dependent on private companies or special interest organisations, I think Norway should allocate public funding for this purpose.”

“Many people care about this patient group and want more knowledge and better treatment.”

“There is competence and willingness within the academic communities, and with enough funding, I believe we would have many answers within a short amount of time.”

More about
Women's health
More about
Health and gender 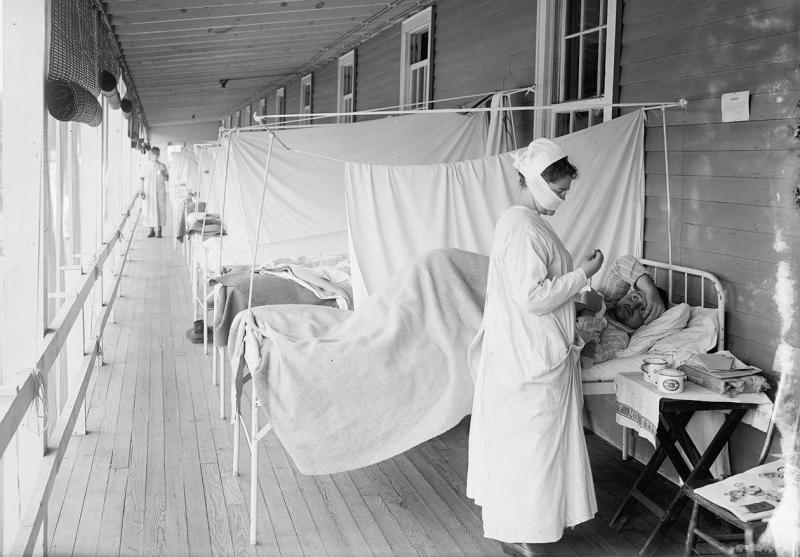 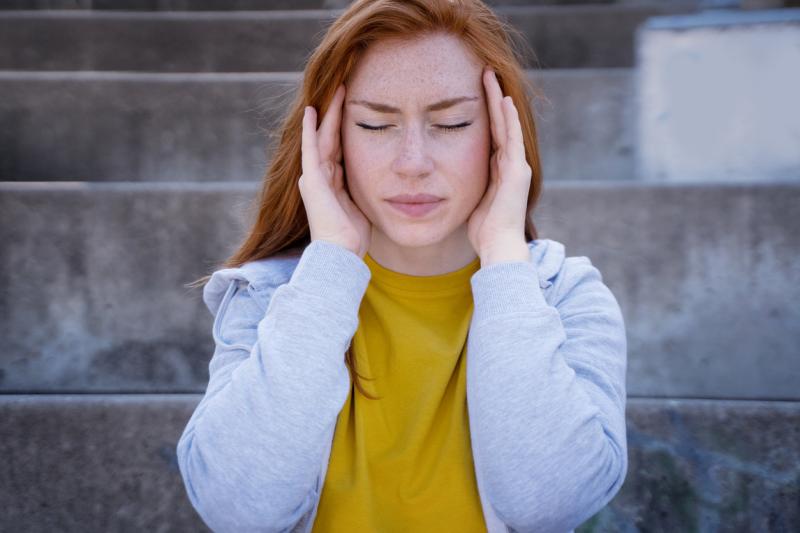 Women more severely affected by tinnitus than men are 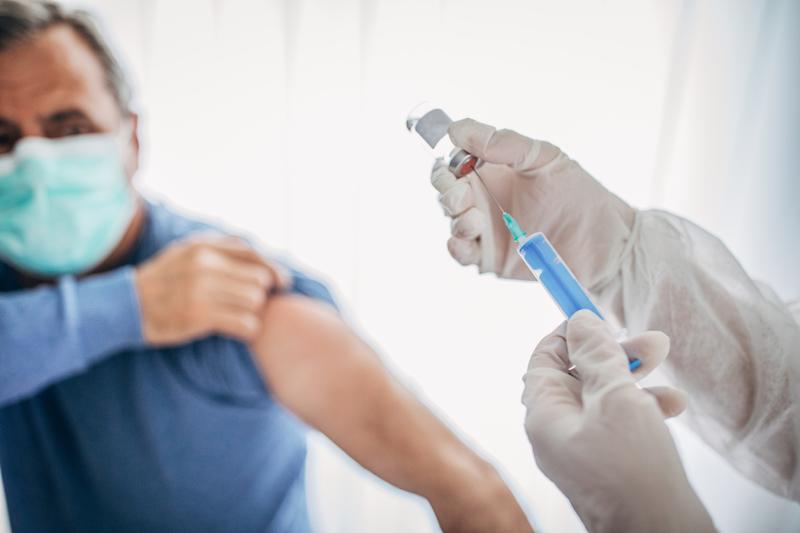