Thea Johanne Prytz Hammarqvist has written about a hundred-year-old Japanese novel that challenged the idea of heterosexual marriage as the only correct choice for women.
Anna Young
Seniorkonsulent Senter for tverrfaglig kjønnsforskning, UiO
9 February 2022 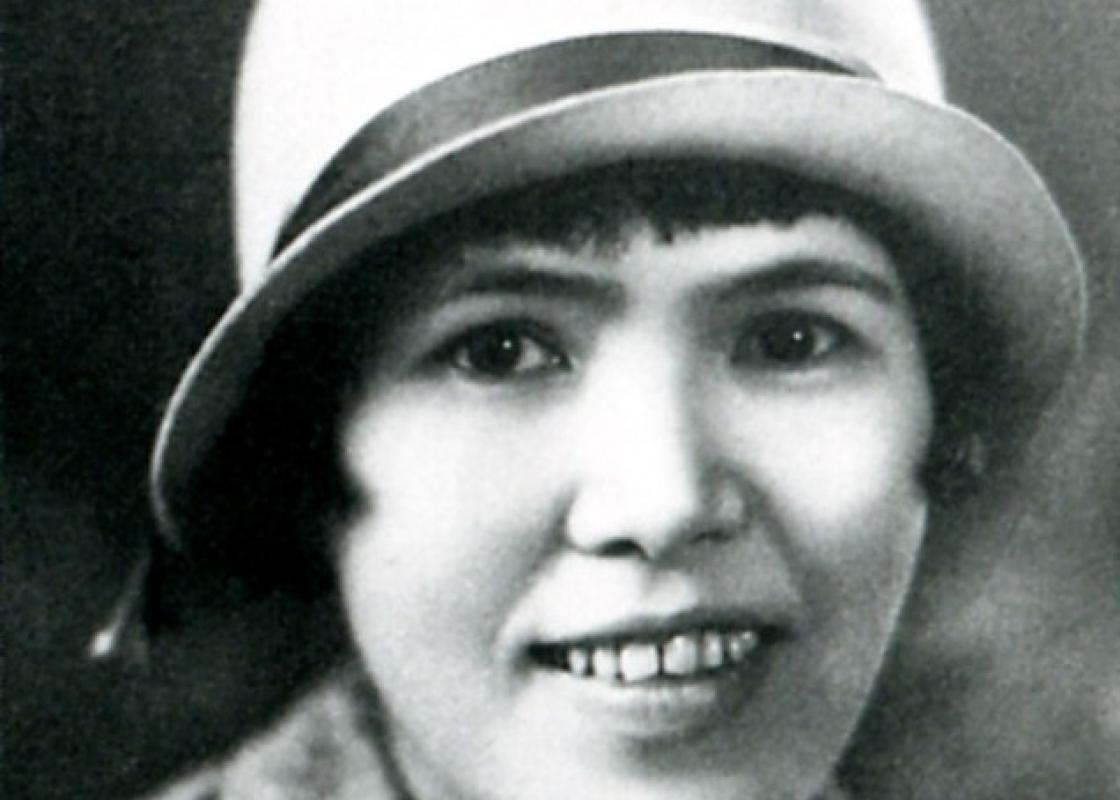 "Nobuko Yoshiya (pictured above) brings up important and timely topics, such as the question of how heterosexual relationships should work, and the prevalence of suicide among young women in lesbian relationships," says Thea Johanne Prytz Hammarqvist. Photo: Wikimedia commons
More about
Arts and culture
More about
Queer theory
More about
LGBTQI

Thea Johanne Prytz Hammarqvist has won Centre for Gender Research's award for the best master thesis with a gender perspective submitted at the University of Oslo in 2021 for Yoshiya Nobuko’s Yaneura no Nishojo as Part of Taishō era Discourses on Sexuality.

"The first time I heard about Nobuko Yoshiya was three or four years ago, in an episode of a podcast. I've been fascinated by her since then; she had an exciting, unconventional life," says Hammarqvist.

"I also found that while I was doing research on my initial thesis topic, I would often come across references to same-sex female attraction in the Taishō era (1912-1926). This made me even more curious."

The thesis is a reading of Yaneura no nishojo (1919) by Yoshiya. Yoshiya had a lifelong relationship with another woman, and wrote about intense relationships between girls. For this reason, she is often understood as a 'lesbian' writer.

In her thesis, Hammarqvist problematizes the classification of Yaneura no nishojo as a 'lesbian' novel, and argues for a more nuanced understanding of the text’s perspectives on sexuality.

A fuller understanding of the novel

Both Nobuko Yoshiya and Yaneura no nishojo have been the subject of much attention in the last two decades. For this reason, Hammarqvist did not know whether she would be able to bring anything new to the conversation.

However, an approach that she takes that differentiates her analysis from previous readings of the novel, is that she does not just look at the novel’s protagonist, Akiko, but the four central characters: Akiko, Akitsu-san, Kudō-san and Kinu. This approach offers new insights.

"Something that surprised me was that looking at all four characters made it incredibly clear that Yoshiya wrote the novel as a response to public debates regarding sexuality."

We can understand the novel as an argument for Yoshiya's views on same-sex relatonships and compulsory heterosexuality.

"If you just look at the relationship between Akiko and Akitsu-san, then it is debatable whether the novel is actually trying to problematize female sexuality, or whether Yoshiya was simply following the convention of writing about semi-romantic relationships between schoolgirls. This was, believe it or not, a very popular genre of literature in Japan in the early 1900s."

"But Yoshiya brings up important and timely topics through the characters of Kudō-san and Kinu. Such themes include the question of how heterosexual relationships should work, and the prevalence of suicide among young women in lesbian relationships."

"In this way, we can understand the novel as a whole as an argument for her views on same-sex relationships and compulsory heterosexuality."

In the context of the author's own time

The other approach that made it possible to gain new insights into the novel, was reading it in the context of Yoshiya’s own time.

Hammarqvist reads Yaneura no nishojo with an awareness of how female same-sex relationships were viewed in Japan at the beginning of the twentieth century. At the time, it was common knowledge in Japan that young girls often formed bonds with one another that blurred the boundaries between friendship and romance, not least because schools were gender segregated. Many sexologists in this era did not oppose such relationships.

However, it was essential that these attachments should be understood as a form of 'practice' for heterosexual marriage, which was seen as the only healthy goal for adult women. In her thesis, Hammarqvist shows how Yoshiya problematizes this view, and frames same-sex relationships as equal to heterosexual relationships.

I wanted to explore ways of understanding sexuality that were different than those I had grown up with.

"Many of the central themes in the novel, such as suicide among young women who felt same-sex attraction, can be understood in light of contemporaneous debates, and would lose most of their meaning if we only read the novel from a present-day perspective."

Hammarqvist clarifies that one does not need to study the Taishō era in order to get something out of reading Yaneura no nishojo. She does however argue that being aware of how sexuality was understood at the time offers a unique reading experience.

The theoretical and methodological framework of the thesis is queer theory and new historicism. Queer theory challenges established understandings of gender and sexuality, and questions binary ways of thinking about identity.

Meanwhile, new historicism emphasizes that works of fiction should be understood in terms of their historical context, and often entails a methodology of reading works of literature together with other types of written sources from the same era.

The choice of theory and methodology stems from a desire to understand both sexuality and literature in new ways.

"I knew that I wanted to explore ways of understanding sexuality that were different than those I had grown up with."

Yoshiya was active in debates regarding gender and female sexuality.

"New historicism and queer theory are both premised on an understanding that how we see norms and social phenomena, including sexuality, is something that is created socially, and that we therefore cannot take for granted that people in other periods thought the same way that we do now. This is why these theoretical perspectives suit my thesis so well."

"Furthermore, new historicism emphasizes not only that literary texts need to be understood in the context in which they were produced, but also that they have an impact on their own time, and are part of the discourses of the era. This felt highly relevant to Yaneura no nishojo, given that Yoshiya was so active in debates regarding gender and female sexuality."

Hammarqvist’s master thesis stood out among several strong candidates for this year’s award. The jury writes that “This is an excellent thesis, which uses feminist theory in original ways. Hammarqvist addresses a topic that is of relevance and interest far beyond the bounds of Japanese studies, and this thesis shows how literature can communicate both particular and more universal aspects of gender”.

This is an edited version of an article first published by Centre for Gender Research at University of Oslo. 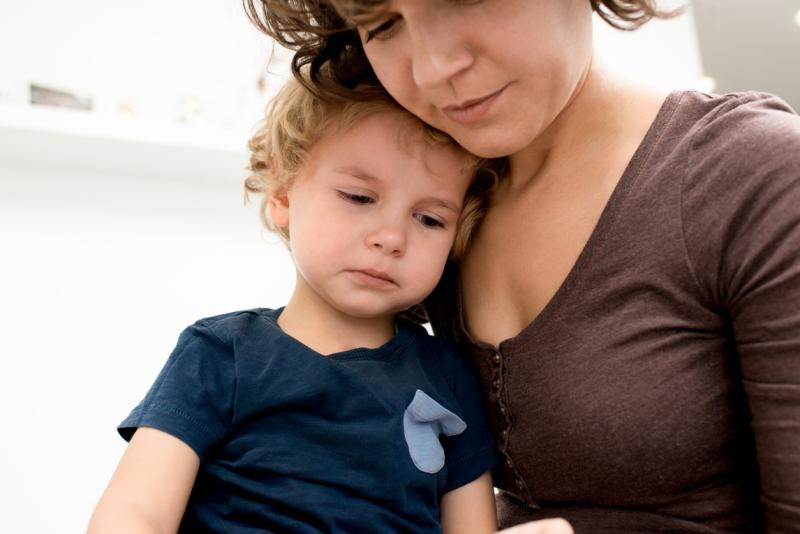 Award to MA thesis on embodied experiences of motherhood 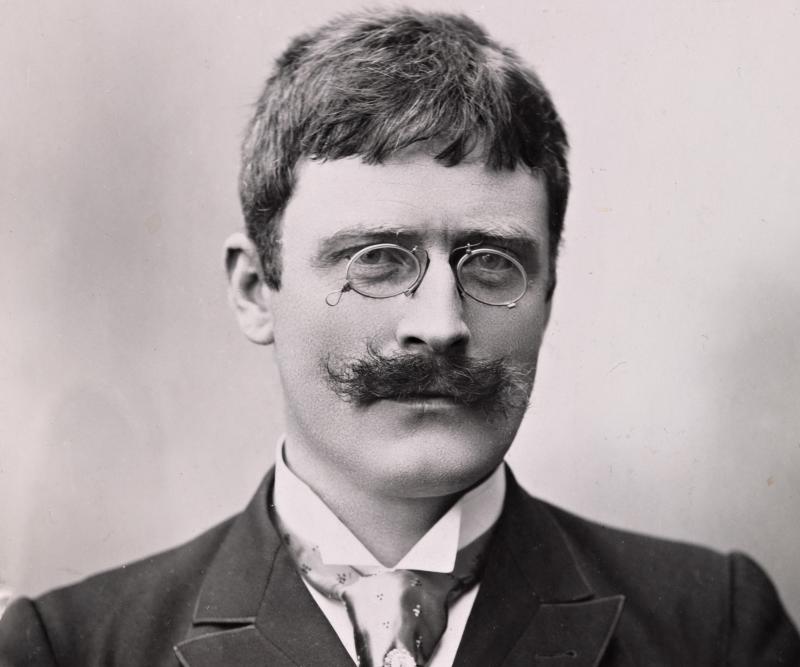 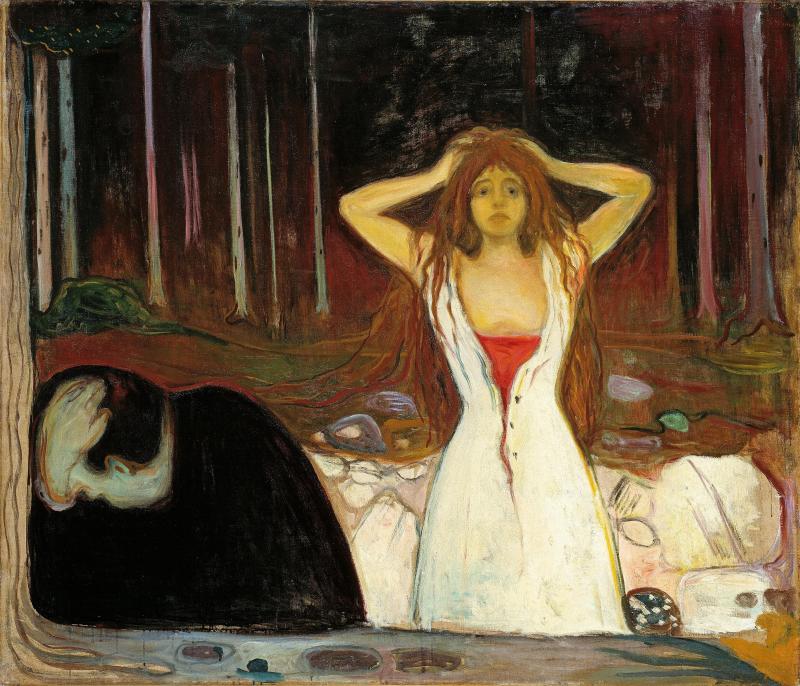 Munch and the myth of the genius