Why are we so obsessed with good girls?

Girls who perform well, have high ambitions, and eventually get psychological problems are often characterised as too good. However, the good girl syndrome is neither a clinical diagnosis nor an established academic term. What is it with the good girls?
Eivor Mæland
eivor@kilden.forskningsradet.no
10 March 2016 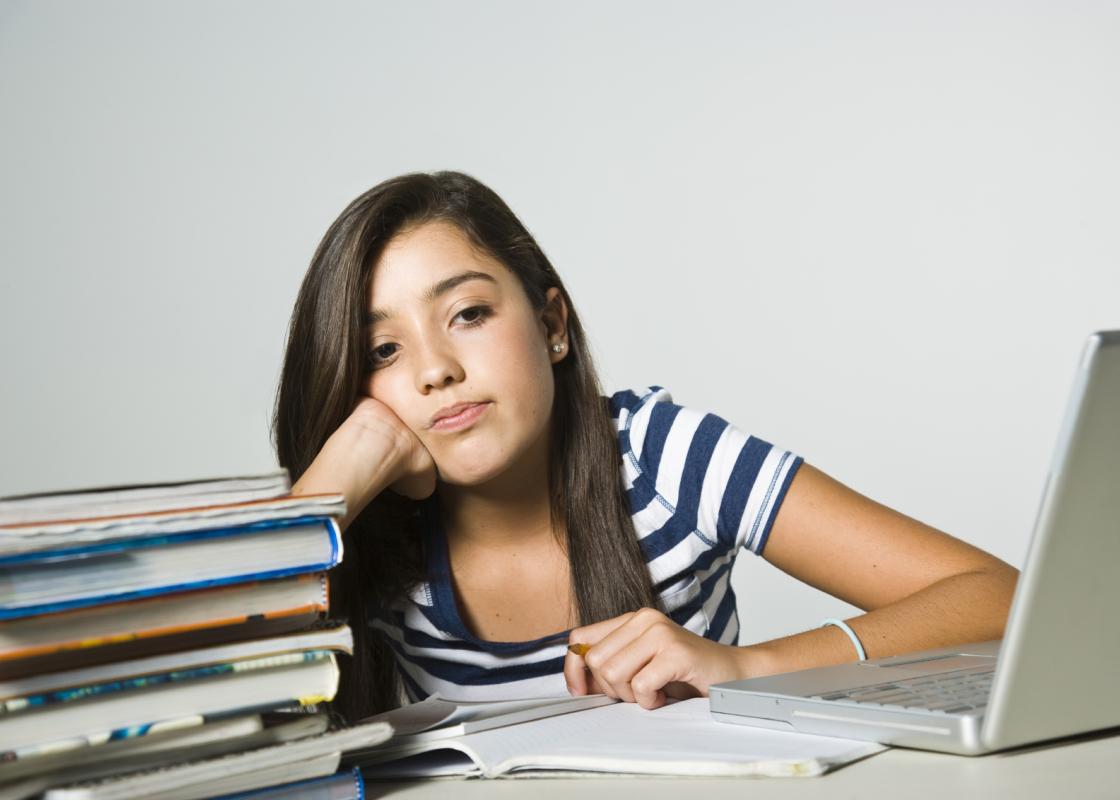 The “good girl” is more of a figure than an actual girl, say the researchers in this article. (Foto: Istock)
More about
Children and youth
More about
Mental health

“Norwegian girls have better grades than ever, they use less drugs and are more conscientious than before. But they have never suffered more from pressure to achieve, stress, and psychological issues. In “Insanely perfect”, seven girls tell us how they actually feel.”

Such is the introduction to the TV2 documentary series Insanely Perfect (“Sykt perfekt”) on the program’s website.

The good girl figure – in Norwegian "flink pike" – entered our everyday speech a long time ago.

“Where does the term originate from?”

“I don’t know, but it is used abroad as well,” says Harriet Bjerrum Nielsen, school researcher and Professor at Centre for Gender Research at the University of Oslo.

“One guess would be that it entered the Norwegian language around the same time as when girls started being in the majority among those who completed high school and moved on to higher education around 1990.”

The Professor refers to the self-help book Too good for her own good: Searching for self and intimacy in important relationships by Claudia Bepko and Jo Ann Krestan, which was translated into Norwegian in 1993. This seems to be one of the first times that the good girl figure is used in Norwegian.

Not all good girls are perfectionists

More books appeared later, such as a Swedish anthology called “Diagnosis: Good. A handbook for over-ambitious girls and everyone else who should care” (Diagnose: Dyktig. Håndbok for overambisiøse jenter og alle andre som burde bry seg), which appeared in Norwegian translation in 2003.

In 2014, documentary film maker Solveig Melkeraeen made an awarded film about her own mental breakdown and the following hospitalisation at the psychiatric emergency, and called it Flink pike (“Good girl”).

If you search for the terms “Good girl syndrome” and “Good girl” on Google in Norwegian, you get almost 120 000 hits.

“What are stereotypes and what is reality when we talk about good girls?”

“It is true that girls perform well within the educational system. What is not true, however, is that they perform well because they all suffer from the good girl syndrome.”

“There are some girls who put too much pressure on themselves, but we’re not talking about all girls, not even about all the girls who do well,” says Bjerrum Nielsen.

In reality, the good girl syndrome refers to girls who often feel that they have to be something extraordinary in order to receive recognition. They don’t take it for granted that they are good enough.

“The group of girls who suffer from the pressure for perfection”

“So research shows that there is a group of girls who are insanely perfectionist?”

Bjerrum Nielsen emphasises that even though we refer to these girls as perfectionists, we would be wrong to think that all girls who perform well at school only do so because they are perfectionists.

“It is also important that we don’t turn this into an impracticable individual diagnosis. The pressure for perfection comes from the culture we live in,” Bjerrum Nielsen maintains.

“It seems as if some girls feel that they have to live up to these demands for perfection, otherwise they’re not good enough.”

Her suggestion is to refer to these extremely perfectionist girls as “the group of girls who suffer from the pressure for perfection” rather than “good girls”.

“In reality, the good girl syndrome refers to girls who often feel that they have to be something extraordinary in order to receive recognition. They don’t take it for granted that they are good enough.”

The ambitious girls are not the ones who struggle the most

The national Ungdata report published 2014 showed that youth between the age of thirteen and sixteen are more law-abiding, they use less drugs, and they have better relationships with their parents than earlier youth generations.

The latest Ungdata report, in which the researchers chose to focus particularly on mental health among young people, also refers to today’s youth as a well-adapted, active, and home-loving generation of youngsters.

However, the report also shows that there are systematic gender differences when it comes to youth health. In general, boys are more satisfied with their own health than girls are, and they experience fewer health issues in their everyday life. The report shows that there is an increase in the number of girls who suffer from depression, and a decrease in boys suffering from depression.

And contrary to the idea of the good girl syndrome, the report shows that the most ambitious and well-adjusted girls are not the ones who struggle the most.

Those who struggle the most with mental health issues skip school more often, they commit more crime, and use more drugs than other youngsters.

We should definitely stop using the term good girl.

Bjerrum Nielsen is not in any doubt:

“We should definitely stop using the term good girl.”

Due to this prevailing way of measuring and understanding girls, their performances become associated with something that is inferior, according to the Professor.

“The good girl figure almost turns girls’ performances into a manifestation of a disease. This must send out a very ambiguous message which hardly contributes to increased self-esteem and pride when today’s young girls perform well,” says Bjerrum Nielsen.

At the same time, not performing well is not an alternative for these young girls either.

“It’s a catch 22 in which you have to be good in order to manage in today’s competitive society on the one hand while at the same time you’ll be accused of suffering from the good girl syndrome if you perform well.”

Although there are still more men than women in powerful positions, many of the vocational educations such as medicine, psychology and odontology have a large majority of female students today.

The share of male students studying for the vocational programme in psychology at the University of Oslo has been between 20 and 30 per cent the last few years.

Professor Agnes Andenæs at the Department of Psychology at the University of Oslo has conducted focus group interviews with students of psychology in order to find the reasons behind their choice to study psychology.

“We were particularly interested in the male students and their choice of study. The vocational psychology programme is becoming an untraditional choice for young men,” says Andenæs.

Some of the students decided upon their career early, but most them spent three to four years figuring out that they wanted to become psychologists.

“None of them talked specifically about what they thought was more fitting for men and women when they told about their career choice. But we became more and more aware of the fact that one gendered figure, namely “good girl” played a part in many of the stories.”

Andenæs refers to “good girl” in the informants’ stories as a “figure”, since it did not refer to any specific females.

The way the good girl figure connects gender and being good at what one does may contribute to making it unacceptable or uncool for boys to show that they work hard and perform well at school. This may ultimately result in fewer boys with good enough grades to be accepted to the vocational studies in psychology.

The good girl figure’s breakthrough may be interpreted as a compressed expression of a perhaps unconscious fear of women gaining too much power and influence in society.

Good in the right way

The male students of psychology talked about their friends from school in ways in which Andenæs recognises from descriptions from English researchers among others. They maintain that the educational system is still based on an understanding of boys as naturally talented but lazy, and girls as boring but hard working.

“This seems to be something that pervades our entire culture,” says Andenæs.

Among the Norwegian male students, this idea was expressed through a reluctance to admit that they had worked hard, as they might be compared to the good girls if they did. They presented themselves more in accordance with the ideal of being naturally talented but a little lazy, the way boys ought to be.

“It seems important to the male students to relate something different than ‘I paid close attention and did my homework, and performed well at school,’” says Andenæs.

The good girl figure was also apparent in the interviews with female students of psychology.

“It seemed important to present oneself within a safe distance from this figure. Who wants to be perceived as a stereotypical member of a boring category?”

Thus according to Andenæs, the good girl figure may be restrictive to both male and female students, and is therefore well worth examining further.

“It restricts men and women in slightly different ways, as the cultural appraisals of what is considered legitimate and successful are gendered,” says Andenæs.

Bjerrum Nielsen is particularly preoccupied with the way in which the good girl figure harms the girls.

“No one would ever come up with the absurd idea that a boy could suffer from a “good boy syndrome”. It only becomes a syndrome when it’s associated with a girl. Good boys may be called nerds, but this is a categorisation that comes from other boys and girls at school, not from grave adult commentators in national newspapers,” she says.

She argues that it’s possible to understand the good girl figure’s breakthrough differently.

“It may be interpreted as a compressed expression of a perhaps unconscious fear of women gaining too much power and influence in society.”

If you would like to read more about the good girl phenomenon, please see the following articles from Kilden:
Differences in school performances shouldn’t be explained by focussing solely on gender, according to the article All boys are not poor school achievers, and all girls are not smart pupils.

Girls and boys are affected by the good girl and bad boy figures also within immigrant communities. Read more in the article Minority girls are doing well, it's the boys who are struggling. 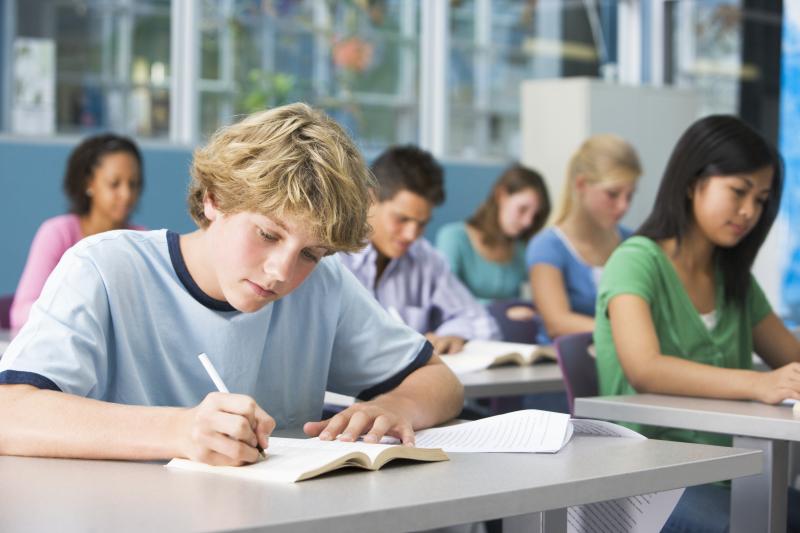 All boys are not poor school achievers, and all girls are not smart pupils 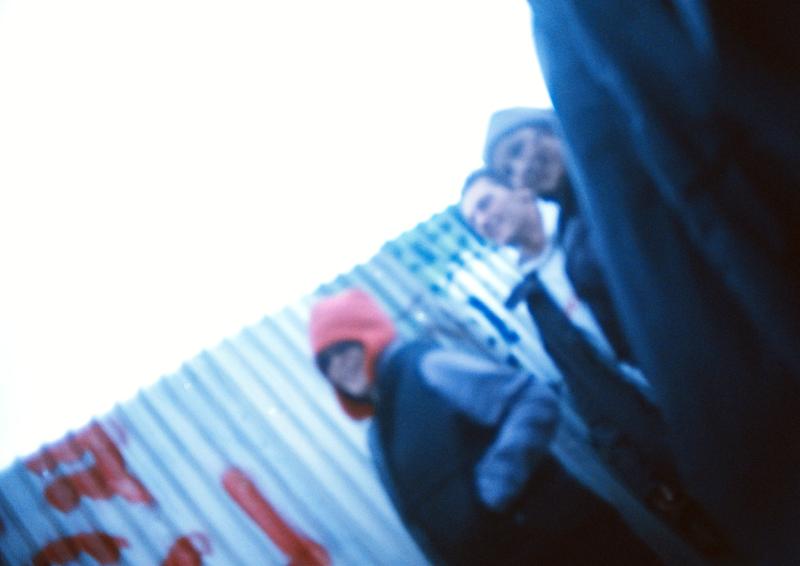