In the 1800s, Norwegian missionaries had to strike a balance between Christian virtues and the new, modern man’s role. The solution was to be meek before God and mighty before men.
Heidi Elisabeth Sandnes
heidi@kilden.forskningsradet.no
16 November 2011 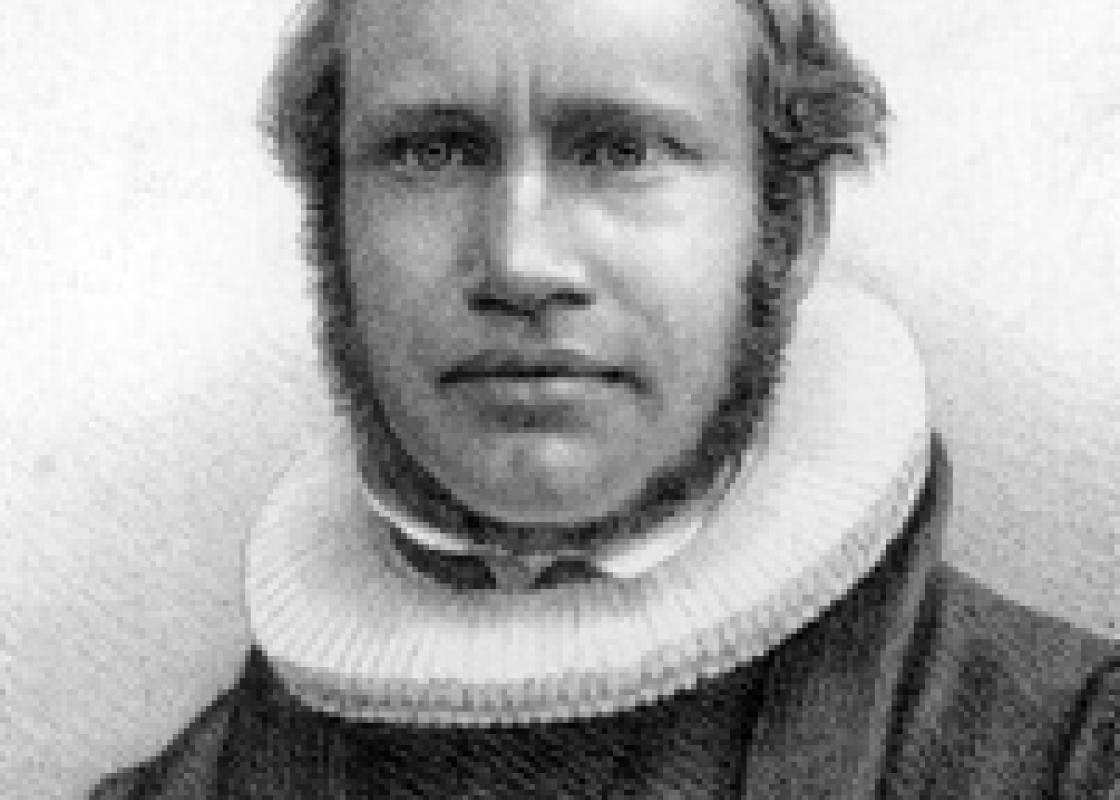 “In order to function as a missionary at the ‘edge of civilization’, a person had to have great physical strength, endurance, toughness, initiative and independence. In other words, all the features of the ideal ‘self-made man’, the modern form of masculinity that emerged in the 1800s.”

Among prospectors and soldiers

During the period Tjelle investigated, Norwegians were seized by wanderlust. Many travelled to America, and Nansen and Amundsen became Norwegian national heroes. Missionaries also became role models outside of religious circles. South Africa, the first Norwegian missionary field where Hans Paludan Smith Schreuder established a mission station in 1850, had a spirit similar to the American Wild West.

Very many of the Norwegian missionaries were men from rural communities, sons of tradesmen and sons of farmers without the right to inherit the family farm.

“The men had both the desire to travel abroad and aspirations, and they were used to getting the job done, which was necessary if they were going to build a mission station.”

Between the plough and the Word

“In many ways the missionaries lived as white pioneers in the area. After making an agreement with a Zulu chief, they were given a piece of land where they would build a house, farm the land and raise livestock. On the side they would carry out their missionary duties,” says Tjelle.

Although the missionaries received a salary, they were also dependent on selling their agricultural products to make ends meet. It was important, though, that they did not engage in trade in addition to this.

“Some tried to work as prospectors on the side. This was not accepted, and in once instance it was used later in a dismissal case against the missionary. Quite a few conflicts arose due to the tension between the plough and the Word – physical labour and preaching. Missionaries were dismissed, or they resigned themselves, because they spent too much time on practical work,” says the researcher.

Must have the proper calling

The Norwegian Mission Society was careful to ensure that the missionaries had the proper calling. The missionary school (known today as the School of Mission and Theology in Stavanger) had a large number of applicants, but many were rejected.

“Most of them had not attended school beyond the primary level when they were admitted to the missionary school. The applicants were assessed not only on their academic performance, but also on their physical and mental fitness and how convincing they were about their religious calling,” says Tjelle.

The students received a five-year education in theology before being ordained as missionaries. This meant that they could work as missionaries in the field, but not as pastors in the Church of Norway, since they did not have a university degree.

“Also, during their studies the candidate were assessed as to whether they had the proper spiritual maturity, and students could lose their space in the study programme or be denied ordination when they completed their education. The students lived together with the teachers and were closely monitored – the house they lived in was descriptively called the Cloister.”

Could not marry just anybody

“The women had to be assessed regarding their suitability for the mission field, both mentally and in terms of their health,” says the researcher.

In her thesis Tjelle relays the story of Karl Larsen Titlestad, who was already engaged when he applied for the missionary school. He was very worried – breaking off the engagement would cause his fiancé pain and would therefore be a sin, but allowing her to prevent him from following his calling to convert the heathen would go against God’s decree, he wrote.

Luckily his fiancé was found worthy of being a missionary wife, and after a long engagement period during his studies, the couple was allowed to marry and travel together to the mission field. Usually the rule was that the missionary had to spend two years building a missionary station before he could marry, so that the home was ready for his wife to move into.

“Many of the missionaries got married to the daughters of prominent men in the Norwegian Mission Society. These women came from the upper middle class or upper class, and the men married above their station. For many of these men, becoming a missionary entailed a climb up the social ladder.”

The traditional Christian virtues applied to women and men alike, but it is a commonly held belief among historians that religion became feminized during this period. Men were drawn towards science and became secularized, while women became the majority in the church pews. Religion became part of the private and female spheres, and was perceived to be non-masculine.

“Like a large-scale Swedish research project that examines clergymen in Sweden during the same period, I believe a re-masculinization of religion occurred as a reaction to this. Christian men’s associations and journals were established, and the missionaries were a part of this movement.”

Later on during the period Tjelle examines, the missionaries increasingly managed to combine modern masculinity with their missionary work. The earliest missionaries apologized in their letters for spending too much time on physical labour, which deterred them in their task of preaching to and converting the heathen. Beginning in the early 1900s, the researcher found a far more positive attitude towards physical labour, both in the missionaries’ writings about their own work and in biographies and obituaries written by others.

“Their hard work was defined as self-sacrifice, and this traditional Christian virtue took on a masculine slant. The missionary was resolute, not egoistic, and he put the cause above himself,” says Tjelle.

The soldier metaphor was used frequently, and when a missionary died in service, it was said that “he died on the battlefield”.

“The result was a combination of religious sincerity and meekness in the spiritual sphere, and strength in everything that was secular. The missionary was meek before God and mighty before men. They were often harsh with each other, and the brutality of the system is striking, such as in cases of dismissal,” the researcher explains.

In 1870, the Norwegian Mission Society dispatched its first, unmarried female missionary, Martha Nikoline Hirsch, who was followed by several others. However, the female missionaries were given completely different tasks than the men.

“They were assigned the same type of work as the missionary wives: housework and caring for and teaching the missionary children. When they actually got to do missionary work, they did so in relation to the women who were taken into the household at the missionary station, who were there to learn to sew and perform other household duties,” says Tjelle.

The missionaries held annual conferences which were governed in a relatively democratic manner, but in the South African mission the single women did not gain the right to vote until 1924 – and married women not before the 1970s. This difference between single and married women was reflected as growing difference in the work duties that occurred over time.

“The unmarried women were by no means content with looking after the missionary children. They had come to convert the heathen, just like the men. At first they were stopped, but when they continued to insist that they had been called by God, it became difficult to oppose them in the long run. Their calling became a way to legitimize their efforts to forge new paths and push the boundaries.”

“Married missionary wives, however, did not see the same change in their work duties over time. They were tied to the task of managing an expanded household. For example, it was not until 2002 that wives received their own pay checks. Up until then, a family salary was paid out which increased with the number of children,” Tjelle explains.

The Zulu warrior – majestic yet childish

A stated goal of the mission was to establish churches that could be run eventually by local Christians. But even though South Africa was the first Norwegian mission field, the task of founding local churches went much more slowly there than in Madagascar, for example, where the mission began in the 1860s.

“The first mission station was established in South Africa in 1850, but it was not before 1893 that the first Zulu clergyman, Simon Ndlela, was ordained. From the 1870s until his ordination, Malagasy clergymen were used,” says Tjelle.

The Zulus were more difficult to convert than the Malagasies, especially the men. However, the researcher believes that the slow pace at which local clergymen were ordained was connected with the view of the Zulu man.

“The descriptions of them are ambivalent: On the one hand, they were presented as strong, healthy and majestic compared with other population groups in the area. They were described as brave, war-like and temperamental – and at the same time, childish and steered by their desires. In particular, it was often noted that they practiced polygamy, which was perceived as sexual greed.”

In contrast to the way the white pioneers viewed the Africans, Tjelle believes that the missionaries saw a greater potential for development in the Zulus: They could become mature and civilized “like us”, but they had not come that far yet, it was thought. This is also reflected in the comments about the clergyman Simon Ndlela.

“He was viewed as childish and immature, and for awhile his position as a clergyman was taken from him before he was re-instated. When he died, several years passed before the next Zulu clergyman was ordained.”

The Zulu women must be saved

The Zulu women were described in more positive terms than the men.

“But they were primarily seen as victims of the patriarchal culture that they had to be saved from. In other words, they used an argument that is also well known today: White men must save brown women from brown men,” says Tjelle, and she continues:

“The missionaries saw that the Zulu woman worked extremely hard in the fields, and they wanted to save her from this so she could concentrate on the home: raising children, cooking good, healthy food, keeping the house clean and sewing clothes for the children so they didn’t have to run around naked.”

More women than men were converted, which might be partly due to the fact that some women took refuge in the missionary stations to avoid forced marriage. The focus on the women as victims in the descriptions could also be used to arouse the sympathy of women back home in Norway: Two-thirds of the Norwegian Mission Society’s income came from the volunteer work performed by Norwegian women.

Kristin Fjelde Tjelle is Director of the School of Mission and Theology in Stavanger. She recently defended her doctoral thesis entitled Missionary masculinity: the case of the Norwegian Lutheran missionaries to the Zulus, 1870-1930.

More about
Faith and religion
More about
Women's and gender history 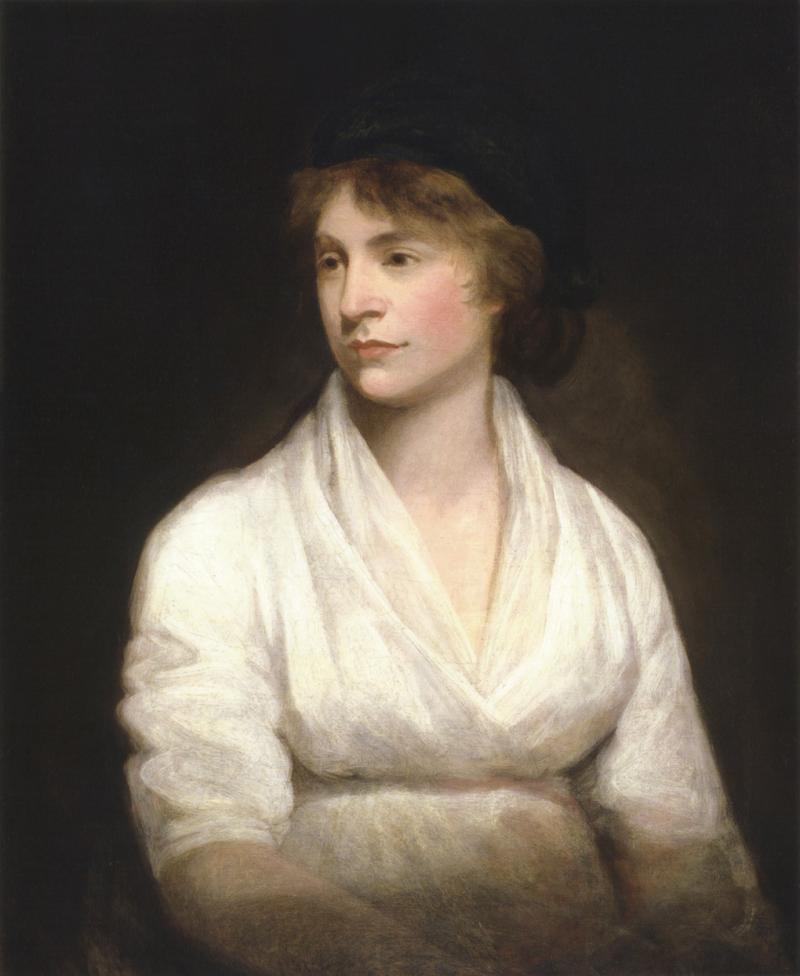 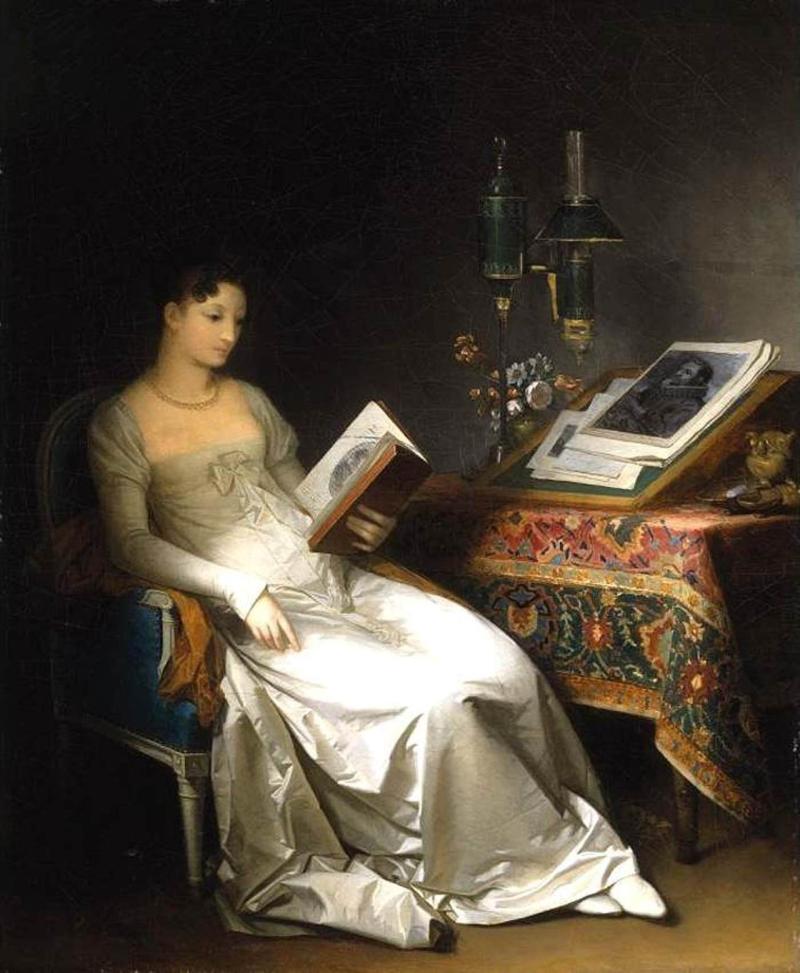 "Drop the pen and pick up the needle!" 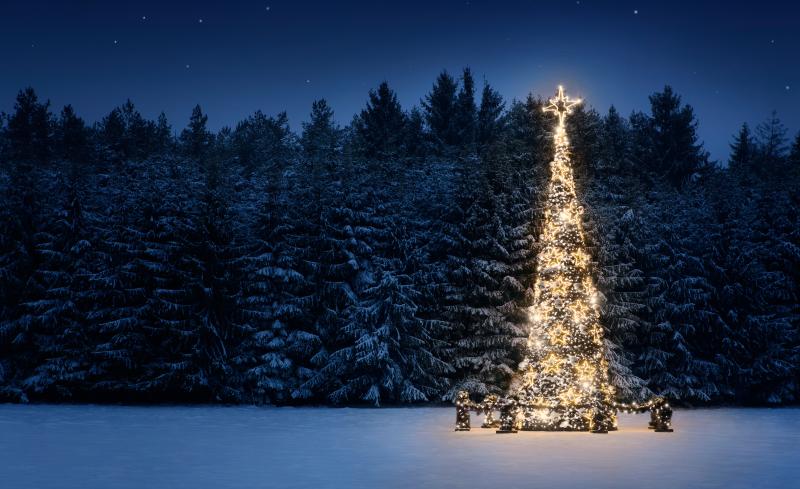