Both voters and political parties use the opportunities they have to give extra votes to female politicians of ethnic minority background.
Ida Irene Bergstrøm
ida@kilden.forskningsradet.no
24 May 2013 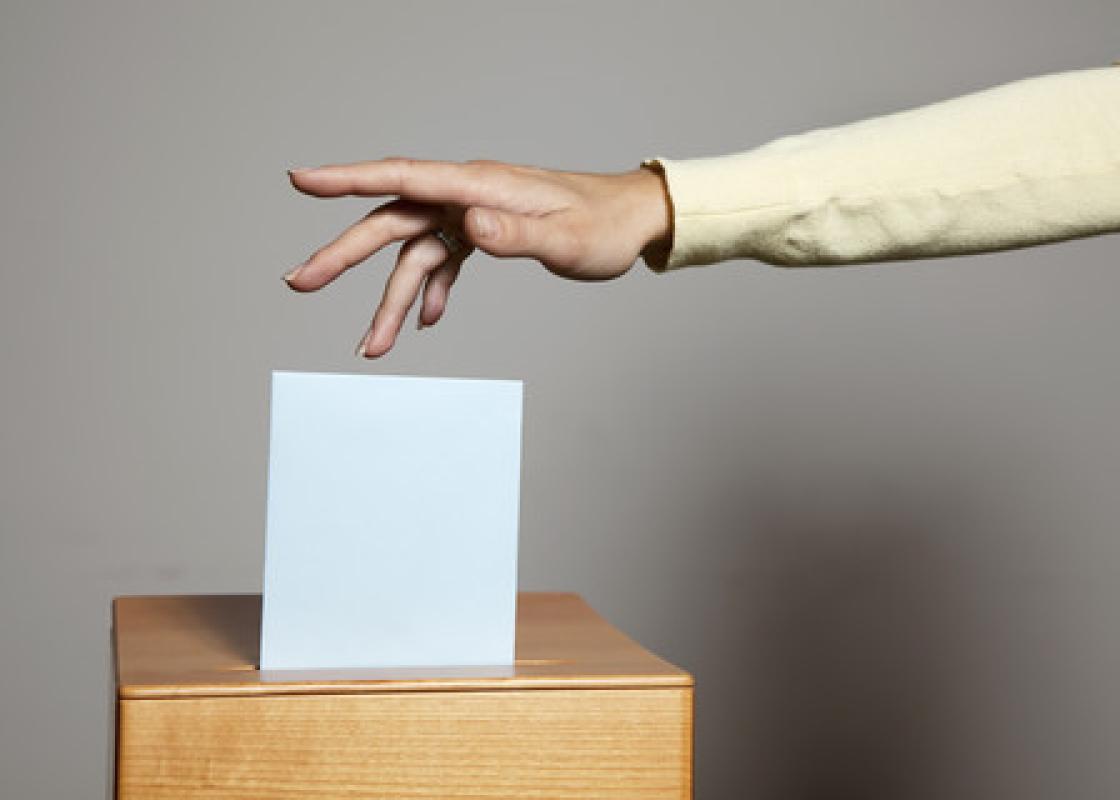 “Both men and women of ethnic minority background participate relatively little in politics. At the last local election in 2011 the turn-out among the ethnic minority population was 40 per cent. The average over all turn-out was 64.2 per cent. But women of ethnic minority background participate slightly more than men. And they do better than men in one field after another,” says Professor of Political Science Tor Bjørklund, author of the recently published book Minoritetsbefolkningens møte med det politiske Norge (“The minority population’s encounter with political Norway”).”

Although gender is not a pronounced topic in the book, the numbers and statistics definitely show that gender is a central category, claims Bjørklund.

Bjørklund and co-author Johannes Bergh have focussed on the minority population with a so-called “non-Western background”, although Statistics Norway, the central Norwegian office for official government statistics, has stopped using this term.

Non-Western countries is here comprised of people of Asian (including Turkey), African and Latin American background. The authors have looked at both immigrants born abroad and persons born in Norway to parents who have immigrated.

Despite great variations, Bjørklund and Bergh claim that it makes sense to study these minorities as one group because of certain similarities among them: Their home country is far away, they face language barriers, they often have an appearance which distinguishes them from the majority and they often have affiliation to religious communities which are not well established in their new country.

During Norway’s most recent local elections, about half of the minority

population have voted for Arbeiderpartiet (Labour Party), and three out of four voted for left-wing parties. A slightly higher percentage of women compared to men in this minority group use their vote.

Another gender difference that Bjørklund and Bergh have found is that while women in general to a larger degree than men tend to vote towards left, the opposite is the case among the minority population.

This was particularly apparent in 2011. 81 per cent of the men, compared to 65 per cent of the women, voted for Rødt (The Red Party), Sosialistisk Venstreparti (The Socialist Left Party) or Arbeiderpartiet (Labour Party).

Bjørklund believes that part of the explanation to this can be found in the causes for immigration. A majority of the women came to Norway as a result of family reunion. Many of them are married to Norwegians and thus vote in accordance with the majority population. They are not characterised by what Bjørklund calls “group voting”; voting according to one’s group affiliation.

See also: Excluded both as man and minority

Popular on the lists

According to the statistics, minority women are more popular than men in terms of political positions and assignments, both among the voters and the political parties.

Women among the listed minority candidates also received more personal votes from the voters than their male colleagues.

Popular in the party leadership

There is also a majority of women who are appointed to positions within the government and as representatives at the Storting (The Parliament).

“Among the three minority representatives who are elected as permanent representatives at the Storting, all are women. Among the cabinet members, the state secretaries and advisers with minority background, there is also a majority of women. The first male state secretary with minority background was Ahmad Ghanizadeh, who was appointed as late as in 2012. This is the opposite of what we find among ethnic Norwegians, where men are in the majority,” says Bjørklund.

“It is striking how the party leaderships have supported female minority politicians to a larger degree than male. The way it appears, female women with minority background are favoured.”

Manuela Ramin-Osmundsen was the first person in Norway with minority background to become cabinet member in 2007.

“Then there is Hadia Tajik of course, who is the most prominent minority politician in Norway today,” says Bjørklund.

No men with minority backgrounds have reached this level of the hierarchy thus far.

Tajik was appointed Minster of Culture in 2012. In their chapter about political profiles, the authors emphasise that neither Tajik nor Ramin-Osmundsen grew up in communities with a heavy concentration of immigrants. Hence, they differ from the usual minority politicians who tend to have strong ties to their immigrant communities.

See also: Minority girls are doing well, it's the boys who are struggling

“The political parties need to be represented by both women and minorities. Both of these criteria are met in a female representative with minority background.”

Bjørklund believes another reason may be that immigrant men are perceived as more closely connected to the immigrant communities and are suspected of having archaic attitudes towards gender and equality which goes against the party politics.

The sociologist Beret Bråten supports this theory. Her research shows that a minority background can be a greater barrier for men than for women when they enter into politics. Bråten has interviewed leaders of local nominating committees amongst others.
“Women with a minority background are regarded either as victims or as rebels against a patriarchal culture, while men are seen as representatives of the same patriarchy. It is not enough for him to declare his support for gender equality in order to convince people that he actually is in favour of equality. He must be further assessed,” said Bråten in an interview with KILDEN in 2011.

According to Bjørklund, the current view that politicians with a minority background are poorly represented in local politics should be revised.

“In some municipalities minority politicians are actually overrepresented in relation to the population. This is due to the election system which allows for voters to give personal votes. This system makes it possible for groups to vote for their own representatives.”

One of the politicians who received Bergh and Bjørklund’s survey was so offended by the use of the term “minority politician” that he refused to participate. Bjørklund believes that the term may eventually disappear from the language.

“The more integrated the minorities become, the less significant the term will be. It will become more important to assess the minority politicians according to their political opinions, not their ethnic origin.”

Bjørklund emphasises that already during the next national election in Norway this autumn things might happen which will alter the figures and numbers presented in the new book. For instance, there are men with minority background in the polling lists which are very likely to be elected into permanent positions at the Storting. 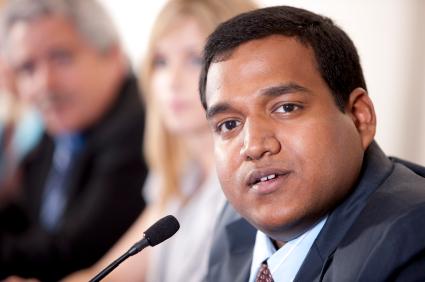 How Norwegian must minority politicians be? 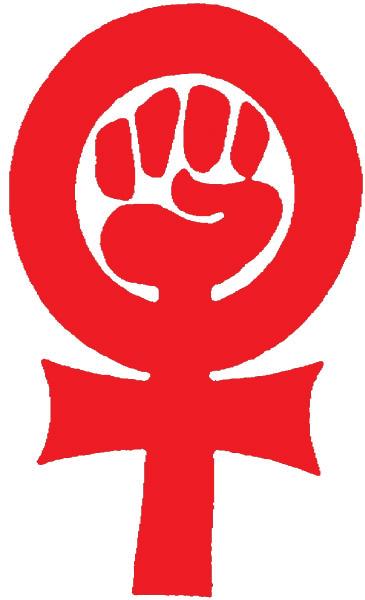 Lack of cooperation between minority and majority women NGOs 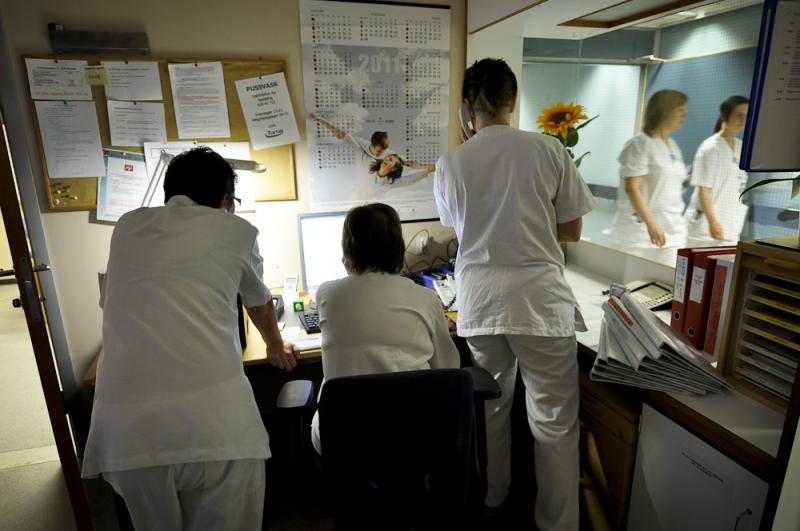 Immigrant women fall out of the labour market