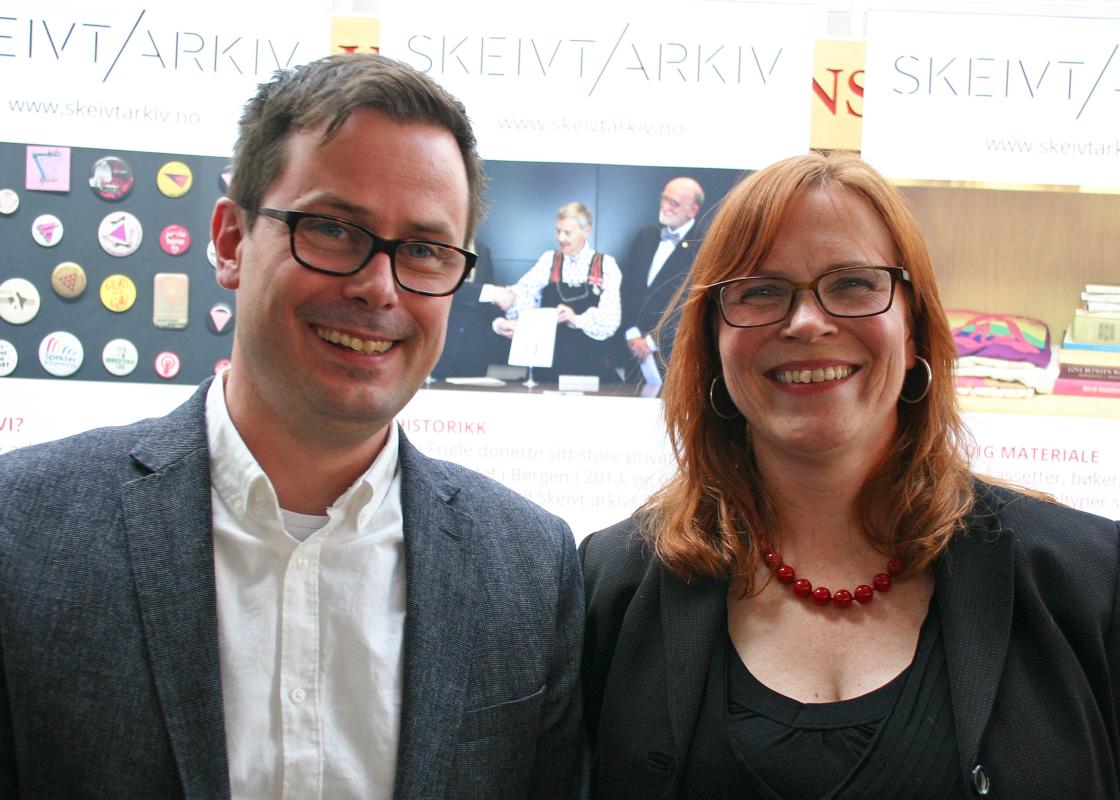 Runar Jordåen and Tone Hellesund at the launch of the Queer Archive at the University of Bergen. (Photo: Ida Irene Bergstrøm)
More about
LGBTQI
More about
Queer theory
More about
Women's and gender history

A thousand year old runic inscription reads, “Åle is fucked in the ass”. With this inscription, Åle is defined as a ragr, the Old Norse word used for a man taking on the role of a woman. The other party gets away with it and keeps his honour, but Åle, the passive party, should be ashamed. Being characterised as a ragr is extremely shameful in the Old Norse culture of honour.

With the coming of Christianity to Norway, sex between two men becomes illegal by law. In accordance with Christian V’s law of 1687, which is based partly on the Judaeo-Christian Mosaic Law, sodomy is punished by burning among other things. Aron Åsulsen from Kragerø gets away with only branding, flogging and expulsion in 1693, however. Perhaps because they prefer to hush up the scandal rather than paying too much attention to it.

Jens was originally born as Marie sometime in the late 1700s. During an examination, he was asked whether he was a man or a woman, since he, as a woman, wasn’t allowed to marry another woman. Both, was Jens’ reply.

Limits to gender and sexuality

The Queer Archive (Skeivt arkiv), which recently launched the web portal www.skeivtarkiv.no, gather and document lesbian, gay, bi and transgender history. But their history is about more than just living life as a minority.

“It’s about how norms related to gender and sexuality have changed through history,” says Runar Jordåen, historian and project leader of the Queer Archive at the Bergen University Library.

“It is about love between two people of the same gender, about transgressions, and about expectations towards femininity and masculinity.”

“Queer history concerns the whole society in a highly fundamental way, and it has throughout our entire history,” says Tone Hellesund, Professor of Cultural Studies and initiator of the Queer Archive.

“The way limits to gender and sexuality are controlled is not something that only concerns a small group. It is something the entire population actively relates to.”

That is why it is called Queer Archive instead of Lgbt Archive. The intention is to gather material on “any transgression of norms related to gender and sexuality.”

“Where do you draw the line regarding what to include in relation to for instance women’s history or more general history on sexuality?”

“There is no clear answer to that. We want to touch upon the points of contact, and the more people who wants to participate and shed light on this, the merrier,” says Hellesund.

“Broadly speaking, we’re thinking that everything that falls outside heteronormativity, outside the family norm, is interesting to us,” Jordåen adds.

The introductory stories are examples of needles in the haystack. Ola Teige, the historian who found the story about Aron Åsulsen, is originally working on a book about the history of Kragerø. He happened to know about the Queer Archive, and contacted them when he found a story he thought could be of interest.

Similar traces of queer history can be found in sources such as criminal records, medical records, and church registers in addition to other archives and private collections scattered around the country. The Queer Archive collects these scattered stories and gives them a common home.

“It is important to remind our colleagues to keep their eyes open,” says Hellesund.

“The little story that Teige found has provided us with new knowledge about this in the 17th century.”

Thus far, most of the archive contains people’s private collections.

When Kim Friele’s fabled archive was brought from Geilo to the Queer Archive in Bergen is was on the national news. From 1967 to 1989, Friele was the leader and secretary general of the predecessor of LLH - National Association for Lesbians, Gays, Bisexuals and Transgender People.

Friele’s archive has been catalogued, and a lot of it is now accessible on the web portal. Among other things, you will find Friele’s reader’s letters and public lectures, fanzines from the gay movement’s beginning in the 1950s to the 1970s, and a collection of buttons.

The battle against the criminalisation of homosexuality is particularly well documented by Friele, who fronted the battle, and for a long time was the only openly gay person in Norway.

“It is a story about a fight for fundamental rights. Her archive contains unique documentation of this struggle,” says Jordåen.

He thinks there are still some hidden treasures in the Friele archive.

“There are sound recordings from meetings that we have barely started to go through.”

Another important project for the Queer Archive is to gather stories from those with memories from far back in history who are still among us. The archive applied for funding for this project recently, but their application was rejected.

“We want to collect private material and private stories from people who have previously been too neglected to realise that their stories have any historical value,” says Hellesund.

In Sweden and Denmark in the 1980s and 90s, senior queer people were interviewed about their lives, so they have preserved life stories going back as far as the 1930s.

“We have started so late in Norway, and now it’s a matter of urgency. If we want to interview people whose memories go back to the 1940s and 50s, this is our last chance,” says Jordåen.

Not even the archive itself is yet on safe ground economically. As part of the Bergen University Library’s special collections it will receive project funding for another few years. The archive has also received funding from the Freedom of Expression Foundation, the National Library, and the Arts Council Norway.

Their goal is to be allocated funding through the central government budget. However, today’s government has indicated that it is not a national responsibility to provide funding for the Queer Archive, and that it is up to the Bergen University Library to finance the archive through their own budget.

Jordåen shares a story about a student at a Norwegian university who recently wanted to write a master's thesis on something related to queer history. But her supervisor told her that the queer history was already written.

“Some people think that gay history is covered because there exists a thesis on the criminalisation of homosexuality.”

According to him and Hellesund, however, hardly any research has been carried out on the field.

“It is almost blank. Regardless of where you enter the field, there is very little we already know,” says Hellesund.

We know so little because both private individuals, families, and nations have actively worked in order to conceal stories about gay life.

Those who have identified themselves as queer haven’t normally saved documentation concerning a condition that could have sent them to concentration camps during the second world war, was criminalised in Norway until 1972, and diagnosed as an illness until 1982.

Neither was it a good career move to study queer history, until now.

In circles where historians studying women’s history in the 1970s were met with active opposition and had to argue for the importance of studying women in history, the Queer Archive has primarily been met with open arms.

“The time is ripe for this. Most of the people we talk to understand how important this is and find it interesting,” says Hellesund.

Jordåen and Hellesund have themselves contributed to the limited research on queer history in Norway to date: Jordåen did his PhD on homosexuality in Norwegian psychiatry, and Hellesund wrote her PhD thesis on spinsters, women who never married.

Their wish to inspire and contribute to more research is one of the driving forces behind the archive. A brief brainstorming session resulted one day in a list of more than thirty suggestions to topics for master's and PhD theses they think should be written.

Hellesund herself has just started doing research on lesbian women’s activism in the 1970’s. Despite the fact that a lot of research has been carried out on political movements in this period, this topic has thus far been neglected. She is also working to establish a research group on the history of sexuality at the University of Bergen.

The web portal is bound to grow bigger. As new material is gathered and copyrights and privacy protections are clarified, the contents will gradually increase.

“We want to be the place people address if they have any questions concerning queer history. Our online encyclopaedia Skeivopedia is constantly updated, and we intend to make time lines and web exhibitions,” says Jordåen.

“The Queer Archive is the coolest thing that has happened to Bergen University Library in 100 years,” Hellesund concludes.

“At least that’s what we think!” 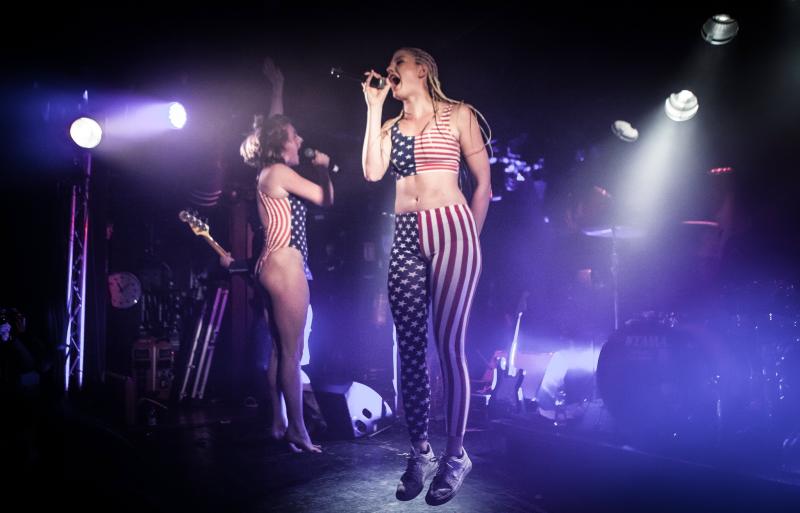 Cool to be queer in the Norwegian music scene 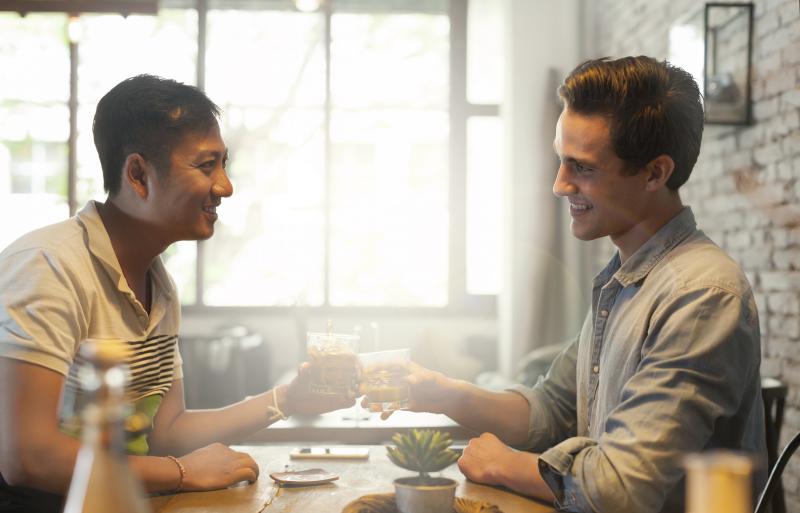 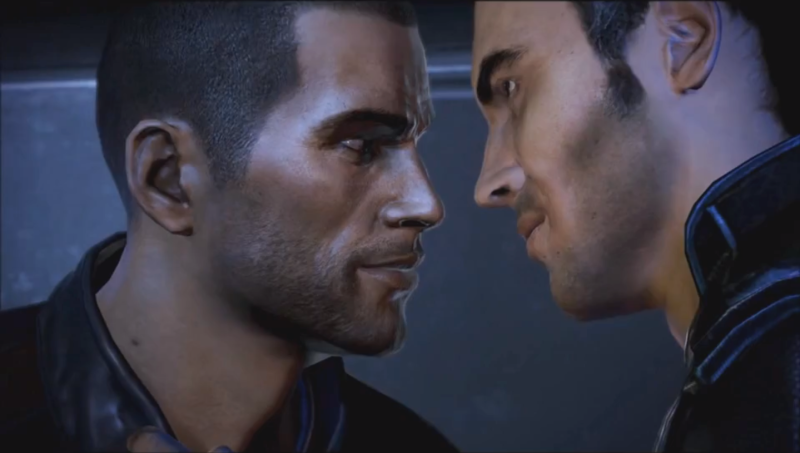