Half of the power in the Sámi Parliament

In Norway, the local council, the county parliament and the national parliament are all a long way from achieving a gender balance among their elected representatives. But now, it has been achieved in the Sámi parliament. In the autumn elections of 2005 the ratio of women in the Sámi parliament increased from 18 to 51 per cent. And for the first time a woman, Aili Keskitalo, has been chosen as the Sámi Parliament president. What happened?
beret@kilden.forskningsradet.no
9 November 2005 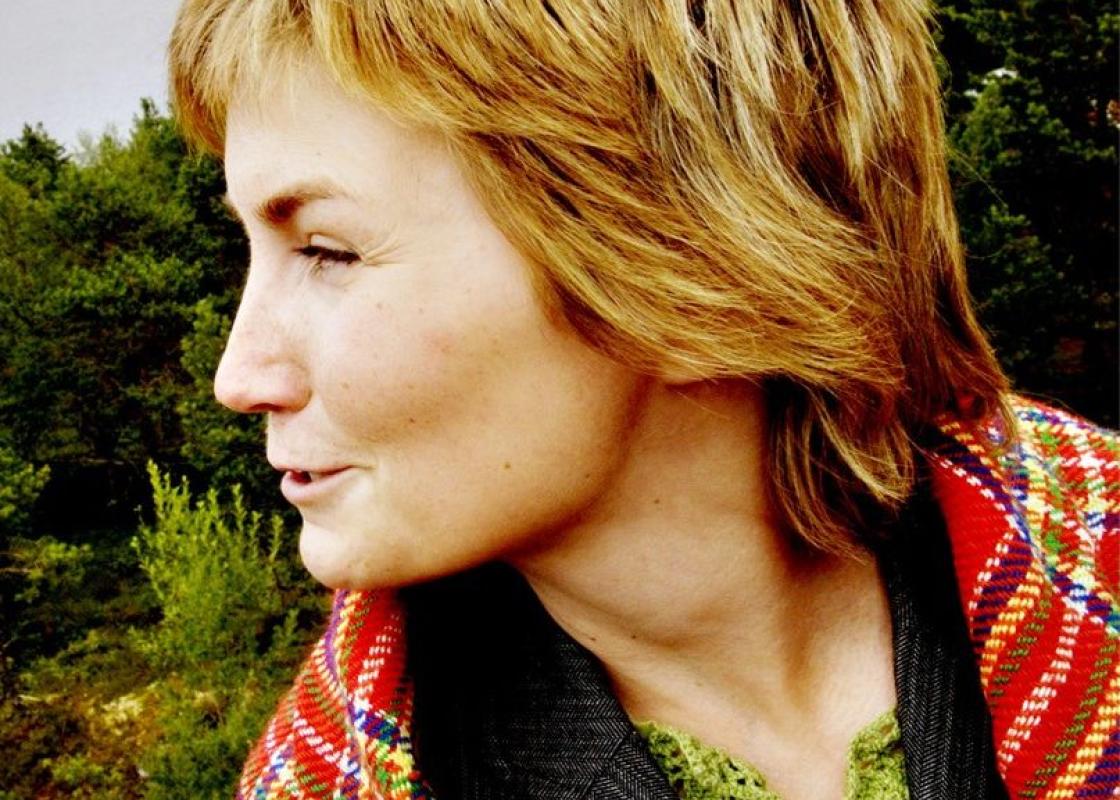 First a little background: In the very first Sámi parliamentary period (1989–1993), thirteen out of the thirty nine elected representatives were women. This translated as a female representation of thirty three per cent, and was neither much worse nor much better than the female representation in the national parliament and in local authorities at that time. But at the three next elections female representation gradually declined. The situation was at its worst after the election of 2001. Then, only 7 women were voted into the Sámi Parliament.

But this changed dramatically in last autumn’s election, when 22 women were elected, in a parliament that now numbers 43 members.

Torunn Pettersen is a political scientist and researcher at the Nordic Sámi Institute. In 2002, on assignment from the Sámi Parliament, she investigated the low female representation. In collaboration with Jorunn Eikjok and Aili Keskitalo, the newly elected Sámi Parliament president, she wrote the report Vil de ikke – eller slipper de ikke til? (Won’t they – or don’t they get the chance?).

What is Pettersen’s explanation for what can be called a women’s revolution in last autumn’s election? – The low female representation in the Sámi Parliament has continually been on the agenda since the previous election. It has been discussed both in the Sámi Parliament and the media. When the publicity it attracts is so great it becomes difficult to let things go unchanged, and I have the impression that the gender aspect was important in the nomination process when the parties’ electoral lists were drawn up. This time, there were more female first candidates than there have been previously, says Pettersen. She stresses that, before now, there has not been any systematic survey of this and that her opinion is based upon her general impressions.

Berit Oskal Eira, who is the new state secretary for Sámi affairs in Norway’s red-green coalition government, has almost the same explanation. – The two largest groups in the Sámi Parliament, the National Alliance of Norwegian Sami (NSR) and the Norwegian Labour Party, took female representation very seriously in the nomination process, she says. – In many constituencies women were nominated as first or second candidates. In some places there were actually women in both first and second places.

In Eira’s opinion it was also important in last autumn’s election that the candidates that were elected were from fewer lists . – In several constituencies both the first and second candidates of NSR or the Labour Party were elected. This time there were both more female candidates and more candidates who were second on their list that have been elected, she says.

Few women at the top of lists

Three years ago, when Pettersen, Eikjok and Keskitalo investigated why female representation in the Sámi Parliament had nearly halved over ten years they found that, generally speaking, women had just as much opportunity as previously, and that it had not become more difficult for them to stand. The decline was due to a combination of certain characteristics in the election’s structure, few women first candidates on the party lists and an increased interest in the Sámi election.

Right from the beginning, in 1989, there has been a smaller proportion of women on the top of the electoral lists than on the lists as a whole. – And in the period between 1989 and 2001 the number of groups and parties submitting lists in the hope of representing their constituencies has increased. The total number of lists has increased from barely 50 in 1980 to 62 in 2001. More lists means more elected representatives who were first candidates on their respective list. In 2001, only 39 of the elected representatives were not first on their list. And this translated as fewer women in the Sámi Parliament, says Pettersen.

­– Some constituencies have in periods had two women elected, while others, at the time of our investigation, had never had one single female representative, Pettersen points out, and elaborates on this point: – In Varanger we found that 8 of the 12 elected representatives had been women. In comparison, all the representatives elected from Porsanger were men. This isn’t due to any shortage of female candidates at the top of the electoral lists in a constituency such as Porsanger, but rather that none of the lists that were headed by women won any seats.

– Besides, up to and including the election of 2001 all of the female representatives in the Sámi Parliament were affiliated with either the Norwegian Labour Party or NSR. We found no women representatives from minor lists/groups, says Pettersen.

The researchers looked for general similarities between constituencies with respectively low and high female representation among the elected, but they found no such systematic similarities. – This needs more research, Pettersen points out.

Vigdis Stordahl, PhD and associate professor at the University of Tromsø, has examined the arguments and explanations put forward in the debate on female representation in the Sámi Parliament more closely. She has written about them in a chapter of the book Samer, makt og demokrati (Sámis, power and democracy), which was published as part of the government’s Power and democracy report. Stordahl points out that in the debate there were two factors in particular that were wheeled out as explanations for the low and sinking female representation. The first explanation focuses on the Sámi Parliament itself, and the second on attitudes to gender equality found in the Sami community.

Pettersen, Eikjok and Keskitalo were also concerned with how men’s and women’s roles, identities and circumstances in Sami society could influence the degree of female representation, and especially the absence of women from first place on the lists of candidates. They investigated the importance of gender in the nomination process through interviews with thirteen women and men who were involved in the Sámi Parliamentary election in 2001. The thirteen come from four constituencies, two with a healthy female representation and two with a not so healthy representation.

Those who were interviewed stress that women are more difficult to recruit, especially to top positions. They are keen to be involved, but prefer to be in the background. “You must involve them loosely”, says one. “Women have not learned the attitude: ‘I’m here and I’m the best’”, says another. Modesty is a quality that is applied to women. Is it true that an absence of modesty is thought unfeminine? ask the researchers.

Furthermore, the interviewees emphasize that the candidate that heads the list must be marketable. The individual must be experienced, conspicuous, able to debate and to head a list. “Here, in our district, people want to know what “goods” they are being sold before they vote for the individual”, says one. And since it is men who are normally known best, and are conspicuous and experienced, it is men who therefore head the lists.

– In general, it seems that many women prioritize children and family. They get involved in local cultural activities in relation to their children’s activities, write the researchers. They are, in other words, active in other political arenas in the community. Nevertheless, there are also some women at the top of lists.

– The attitudes of those who compose the lists at the local level are quite important. They need to be aware that they need to have women on the lists and that they need to develop a strategy for achieving this. Sometimes it is necessary for a man to decide whether he should give up “his” place for a woman, Pettersen, Eikjok and Keskitalo sum up.

Systematic research on the Sámi election is needed

Little election research has included the Sami parliamentary elections and the Sámi Parliament. Now, however, Torunn Pettersen hopes that this will change. She is involved in an application for a Sami election research program in collaboration with the Nordic Sami Institute in Kautokeino (where Pettersen works), the Institute for Social Research in Oslo and Norut NIBR Finnmark in Alta. They have applied to both the Norwegian Research Council and to the Ministry of Local Government and Regional Development, which, until autumn 2005, was responsible for issues relating to Sami politics. – In their proposal for the election research program one of their aims is to investigate social representation including gender, Pettersen points out. – If we are given the chance to carry out this project we can find out more about why female representation was for a long time declining, and what happened ahead of and during the previous autumn’s election.

Perhaps we will also know more about how high female representation can be maintained. Nevertheless, State secretary Berit Oskal Eira has the solution ready: – We must maintain the pressure and focus on equal opportunities work in the day-to-day running of the parliament as we had in the recent nominations and subsequent election, she asserts.

In 1987 the Norwegian parliament passed legislation to establish the Sámi Parliament, which subsequently first sat in 1989. The Sámi Parliament in Norway is now in its fifth session and elections are held simultaneously with Norway’s national parliamentary elections. 13 constituencies cover the whole of Norway, which each choose three representatives, and an additional four representatives are selected through the same rules of even distribution as found under the Norwegian system of proportional representation. The Sámi Parliament has its own budget based on a framework set out by national government and has jurisdiction over matters such as Sámi cultural heritage, education, language, business and culture. The Sámi parliament must be consulted on a growing number of issues, and its authority and responsibilities have steadily increased since 1989.

Torunn Pettersen is a political scientist at the Nordic Sámi Institute, in Kautokeino, Norway. Vigdis Stordahl is an associate professor at the Department of Child and Youth Psychology at the University of Tromsø. Jorunn Eikjok is a social anthropologist. Aili Keskitalo has a bachelor degree in social sciences. She is the leader of the National Association of Norwegian Sámi, and before becoming the President of the Sámi Parliament she was a project consultant at the the Sámi University College in Kautokeino.