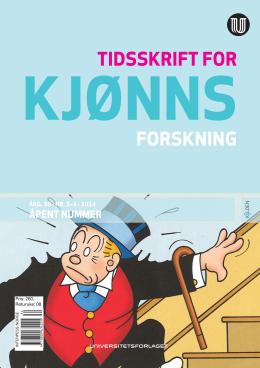 The gender romantic of financial capitalism: A study of business elite families in Norway

This article explores a gendered family culture among financial intermediaries in the comparatively gender equal Norwegian society. The article draws on a free association narrative interview study of 20 parents from families where one or both hold senior positions as partners, investors, investment managers or CEOs in capital-intensive enterprises, primarily within corporate finance. Most of these families practice a gendered division of work where the mother is primarily occupied with the everyday life in the family. Drawing on a psychoanalytic and phenomenological development of Pierre Bourdieu’s theory of practice, I argue that the gendered family culture with its nurturing mother and cult of domesticity could be seen as an emotional response to specific requirements in financial jobs that cannot be fully accounted for in terms of time bind issues. The cult of domesticity provides a shelter and serves as a sound foundation for the competitive cult of finance. Also, the cult of domesticity energizes and empowers the socialized desire at work in the financial field. I suggest that this might be indicative of a more general connection between the romanticization of the homemaker family and the dynamic of financial capitalism.

The article addresses cultural hybridity and fatherhood among ethnic minority men in Norway. Cultural hybridity implies that the men mix identity elements from the “Norwegian” and from, for example, the “Pakistani”, and that they as fathers endeavour to create a sense of belonging and teach their children to negotiate with both the “Norwegian” and what they understand as their culture. Access to a range of cultural elements and languages are understood by the men as enriching and as better than being only “Norwegian”. I discuss the influence of cultural hybridity in ethnic minority fatherhoods on ethnic groups and boundaries in Norway.

Storylines of Feminism and Aversions towards State Feminism. An analysis of Norwegian Newspaper texts 2007–2011

The article deals with objections to state feminism circulating among the Norwegian public. Drawing on a thesis of mediatization of politics and society, a selection of texts from Norwegian newspapers are analysed. Storylines are identified and deconstructed, showing how images of state feminist power are produced, in storylines of suppressed men, unequal minority women, elite feminism and “blue feminism”. This creates an image that state feminism does not pursue “equality for all”, but is instead giving privilege to already powerful women. On this basis, it is argued that scholarly research should pay further attention to the processes of “sense-making” taking place in mainstream media discourse in order to inform and enable future gender equality policy reforms.

An individualized and tailor-made service system has become an ideal within what is called holistic rehabilitation policy. At the same time, political documents on health, care and rehabilitation increasingly focus on the need to include other actors than public services in order to solve future engagements. According to these documents, relatives are expected to play a more significant carer role in the years to come. This article illustrates that these expectations are also to be found in welfare services at the street level, and that the expectations can be said to be gendered. The article analyses how these gendered expectations are negotiated between service workers and relatives in rehabilitation processes.

Law and Cheating – Again? Autonomy and Equality in the «Crisis Centre Act»

In 2009, the “Crisis Centre Act” was passed by the Norwegian government. The reason behind the Act was to make the municipalities responsible for offering victims of domestic violence a crisis centre. In Norway, the shelter movement for battered women was initiated in 1976. The shelter movement started with small women’s groups working for liberation through consciousness-raising and based on a flat, as opposed to a hierarchical, structure. The shelter movement demanded funding from the government, but refused to give up their autonomy. Although a few shelters have offered help to men before, most shelters have been helping women and their children exclusively. With the “Crisis Centre Act” the shelters have to give up their autonomy and they might have to offer help to men as well. In this article, I argue that the “Crisis Centre Act” is an example of how the law will not, or cannot, “translate” feminist claims to legal acts, and I illustrate how a feminist claim that was supposed to protect women, paradoxically might end up doing the opposite when the claim is made on legal terms.

This article discusses partner violence and humor. The empirical material are the cartoons Andy Capp and Bringing Up Father, jokes on television where men are exposed to women’s punches and kicks like “the wife beater” in the TV programme “Nårje”, as well as Bill Burrs standup performances presented on YouTube, where women’s partner violence towards men is strongly criticized. The article discusses humor, violence and power, and raises issues concerning elements in humor acting respectively as conservative and subversive, and how the empirical popular cultural expressions comment on gender hierarchies.