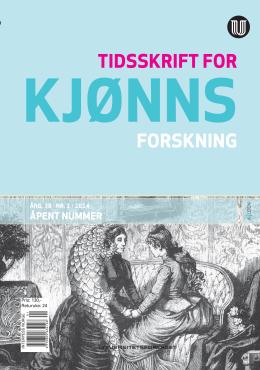 Max Ernst’s collage novel Une semaine de bonté (1934), as part of his investigation of identity, represents women and men as dragons. According to the artist, they result from his hallucinations provoked by illustrations from 19th century novels and catalogues. While men with enormous wings are generally associated with power and secret knowledge, Ernst’s women with dragon wings are provocative, suggesting discrimination. Ernst wants to establish ambivalence between provocation and fascination in his collages. I seek in this article to maintain both the spontaneous rejection of the dragon women and the attraction the collages exert. The dragon women can be seen as representations of the unconscious, where the uncomprehensible and reprehensible are part of our identity. Ernst’s research into women’s identity can make for a rich experience and create new understanding.

Several femininities come into play in Suzanne Brøgger’s writings. They are presented as an inter-twining of polygenderness and sexualities, more than is dictated by traditional two-gender construction and heterosexuality. Among other things, she discusses hedonic femininity, female masculinity and femme fatale femininity. She finds that ‘Two genders are too few.’ Seductively, she writes confessional literature which is between reality and fiction. Femininities and seductions in Suzanne Brøgger’s authorship are in this article especially illustrated with the use of cross-readings of essays in Fri os fra kærligheden (1973, Deliver Us from Love) and the novel trilogy Creme Fraiche, Ja (Yes), Transparence (1978–1993), and also the fictitious letters in Jeg har set den gamle verden forsvinde – hvor er mine øreringe? Breve til prinsen af Mogadonien (2010, I Have Seen the Old World Disappearing – Where are My Earrings? Letters to the Prince of Mogadonien).