A new knowledge overview provides a review of all Norwegian research on equality and artificial intelligence. From this overview, it is evident that we are not prepared for the consequences that the new technology might have for gender equality.
Eivind August Westad Stuen
frilanser@kilden.forskningsradet.no
9 December 2020 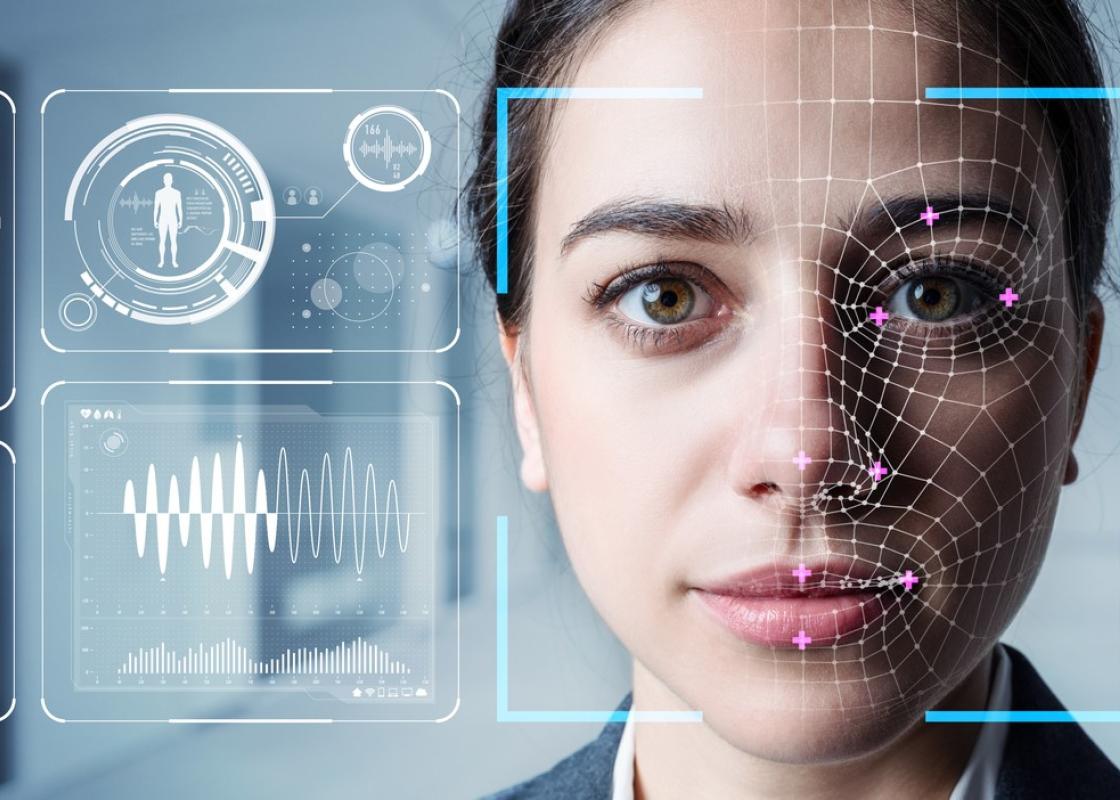 “Negative findings related to face recognition, automation of work and targeted advertising have been observed. Artificial intelligence is a phenomenon that affects many areas of society,” says author of the report Trine Rogg Korsvik at Kilden genderresearch.no. Photo: iStockphoto
More about
Technology
More about
Gender perspectives in research
More about
Work

‘AI systems are supposed to facilitate inclusion, diversity and equal treatment.’ This sentence is taken from the Norwegian government’s national strategy for artificial intelligence. But is this really the case in practice? Kilden genderresearch.no has, on commission from The Equality and Anti-Discrimination Ombud, reviewed the Norwegian research on artificial intelligence that has a gender and equality perspective.

The overview focuses on three areas: public and private services, working life, and social platforms and entertainment. According to Equality and Anti-Discrimination Ombud Hanne Bjurstrøm, a report like this is important with regard to the digital development.

“When we use artificial intelligence to make more and more decisions that have impact on our lives, it is only natural that this also becomes an important part of our work on equality and anti-discrimination in the future,” she explains.

“We therefore need to know more about the established research on the field and what effect the technology has on its target groups. This report is an important contribution to this work.”

Trine Rogg Korsvik is one of the authors behind the report. She works as a senior adviser at Kilden. She says that artificial intelligence has proven to have discriminating effects in other countries.

“Negative findings related to face recognition, automation of work and targeted advertising have been observed. Artificial intelligence is a phenomenon that affects many areas of society,” Korsvik explains.

Artificial intelligence is already in use in various public services such as automated case processing at NAV (the Norwegian Labour and Welfare Administration). According to Korsvik, some countries have also tried out artificial intelligence in other types of services such as face recognition in order to register potential criminals or algorithms to decide who qualifies for bank loans.

Artificial intelligence is a male dominated field. Almost eighty per cent of the developers are male.

“It may lead to a surveillance society, but also to a strengthening of prejudices, since the algorithms are based on historical data that may show signs of gender imbalance.”

In working life, automation affects the various sectors differently. This has to do with which work tasks that may be performed with artificial intelligence, Korsvik explains.

“Tasks that require human presence and intuition do not risk the danger of disappearing due to automation. The systems are based on logic and universal answers, but they lack the ability to read implicit signals.”

“In Norway, for instance, we have the chatbot Kommune-Kari (Municipality Kari), who can answer questions concerning the library’s opening hours and similar things. But it is very limited what a chatbot can give answers to.”

Digitalisation can be a challenge to many people. Some struggle with the new solutions and risk not getting the help they need. Korsvik point to the users of NAV’s services who were suddenly without income during the COVID-19 pandemic because they had not completed the forms correctly.

“Digital tools can be useful and time-efficient. But not everyone has the same digital competence, and to some people the new solutions may lead to a loss of rights.”

Korsvik maintains that social conditions play a vital role in how the technology affects us. She emphasises that the digitalisation may result in major social differences.

“According to one of the surveys we have seen, women report that they have less awareness of artificial intelligence and algorithms than men have. Especially elderly women with little or no education responded that they know little about this, whereas men more often claim to have both high awareness and opinions about algorithms,” she says.

“But we have to add that these figures come from self-reporting, where the data are based on what people think about their own knowledge.”

Korsvik emphasises that this has to do with more than just gender differences. Social class, level of education and financial resources are also significant factors here.

“In Norway, the digitalisation has come a lot further than in most other countries. Approximately ninety per cent of the population has internet access. At the same time, we have to keep in mind that ten per cent do not have internet access, and they stand the risk of being excluded. Elderly people without education and people with poor health are particularly vulnerable.”

Another problem may be the gender imbalance within the ICT field. Artificialintelligence is a male dominated field in which almost eighty per cent of the developers are men.

“There are also few women who study these subjects in higher education. And since technology is shaped by those who create it, several researchers point out that the strong gender imbalance in the ICT sector is a gender equality problem,” says Korsvik.

Inga Strümke is a physician and works at Simula, where she does research on artificial intelligence. She calls for a public debate about the development.

“We struggle to get the debate going in Norway. This is because there is still very little artificial intelligence in use. Therefore, there is little to explore,” she says.

“One thing that we can and should do is to look at the planning processes behind the implementation of artificial intelligence, particularly in the public sector. The research needs more empirical data, but we have to be realistic. We do not yet have enough experience to detect any clear tendencies.”

“Is gender equality a relevant issue when we discuss artificial intelligence?”

Artificial intelligence is governed by the data, not by those who created it.

She emphasises that there is generally more data on men than on women. There are, for instance, more pictures of men on the internet, and we have more medical data on men. This may lead to bias in terms of how users are treated.

“It is difficult to compensate for this. We can either collect more data on women, or we can attach more weight to existing data on women,” she says.

“The idea that men develop ‘male’ artificial intelligence is incorrect. Artificial intelligence is governed by the data, not by those who created it. Diversity is nevertheless important, here as everywhere else. And not only in terms of gender; all types of diversity is desirable. More diversity, in this case more female developers, increases the possibility of gaining more perspectives.”

Both Korsvik and Strümke problematise that it is often large technology companies who develop the various AI-services. These companies benefit from keeping their methods a secret.

“There is no doubt that the algorithms have come to stay. Therefore, it is vital that we have democratic control over them, in order to prevent the technology companies from gaining too much power,” says Korsvik.

“The development takes place on several levels, and often above the heads of normal people. It is not obvious who are to blame if an algorithm makes a mistake.”

Strümke also argues that legal practice is lagging behind when it comes to artificial intelligence issues. She is worried that the lack of resistance gives the technology companies free conduct.

“You may say that the technological development moves faster than the ethical,” she says.

“People are quick to apply new technology, but it takes more time for them to problematise it. Moreover, there is little legal practice related to artificial intelligence. I am afraid that the technology companies may end up benefitting from being regulated by customary law.”

According to Strümke, it is important to examine how the digital solutions affect our behaviour.

“Companies such as Instagram, YouTube and Facebook employ behavioural psychologists to help them develop their technology in a way that makes you spend more time on their services. Machine learning consists of two cornerstones: data and goals. In this case, the data is your behaviour and the goal is to make you click more. Luckily, it seems like more and more people are becoming aware of this.”

Research for the future

One of the main conclusions drawn from the knowledge overview is that little Norwegian research on artificial intelligence exists that addresses questions of equality. The Equality and Anti-Discrimination Ombud hopes that this will change in the future.

“Artificial intelligence represents a strength within most disciplines. At the same time, we should not forget that it is developed by human beings. We need to make sure that technology does not enhance stereotypical attitudes held by human beings,” says Bjurstrøm.

“We have to ensure more diversity among those who develop the systems, and that the developers have sufficient knowledge of the regulations related to equality and discrimination. We will follow this work with great interest after the annual conference.”

Strümke, on the other hand, points out that the future depends on how we make use of artificial intelligence.

“Artificial intelligence can contribute to an entirely utopian society in which all the tasks that we do not like are carried out by machines. But today we are mostly focusing on short-term profits,” she says.

She emphasises that artificial intelligence is used to achieve specific objectives. Today, the technology companies’ objective is often to make as much profit as possible.

“On the other hand, we should not listen too much to technologists who overestimate themselves. It should not end in either utopia or disaster,” Strümke laughs.

She thinks we need to discuss issues related to equality and discrimination more thoroughly.

“No one wants discrimination. Yet we struggle to get rid of it. In my opinion, there must be room for a thorough discussion of these issues. Criticising artificial intelligence is easy, but we also need to have a less polarised debate. This issue is much bigger than just the digitalisation of society.”

Korsvik also hopes that we will see more research in this field in the years to come. Most of what exists today has appeared over the past couple of years.

She maintains that we need more empirical studies that both explore societal consequences of artificial intelligence and look at how the technological changes affect equality, especially in work life.

“We need popular education and more public debate about how artificial intelligence affects society. This knowledge overview is a contribution to that.”

Kilden genderresearch.no is responsible for the knowledge overview referred to in this article. Kilden genderresearch.no is a national centre of knowledge for gender perspectives and gender balance in research. The news magazine is independent, it follows the Editor’s Declaration, the Ethical Code of Practice for the Press and is a member of the Norwegian Trade Press Association.

The programmes appear intelligent. This is due to algorithms, mathematical formulas that function as a recipe or instruction for the programme. In this way, the programme may e.g. sort data based on given criteria. Some programmes may also be able to learn from experiences, observe connections and adapt over time, so-called machine learning.

A summary of the knowledge overview has been translated into English and is available here: What do we know about artificial intelligence and equality? 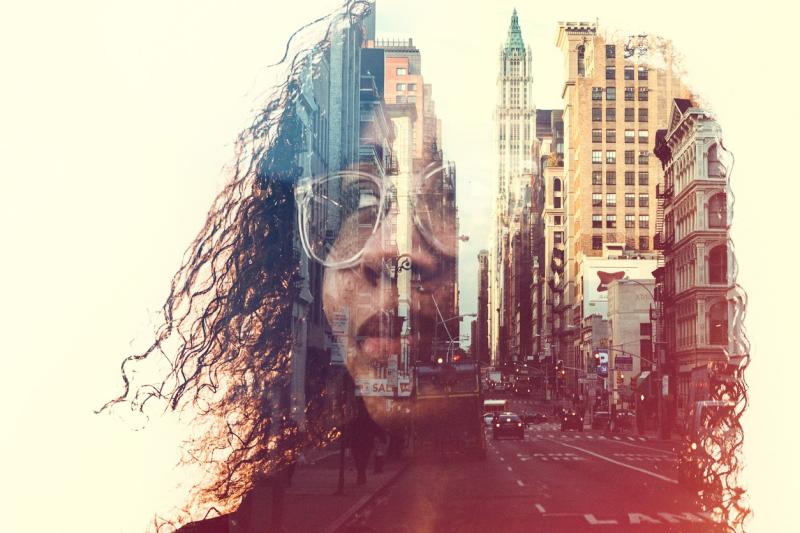 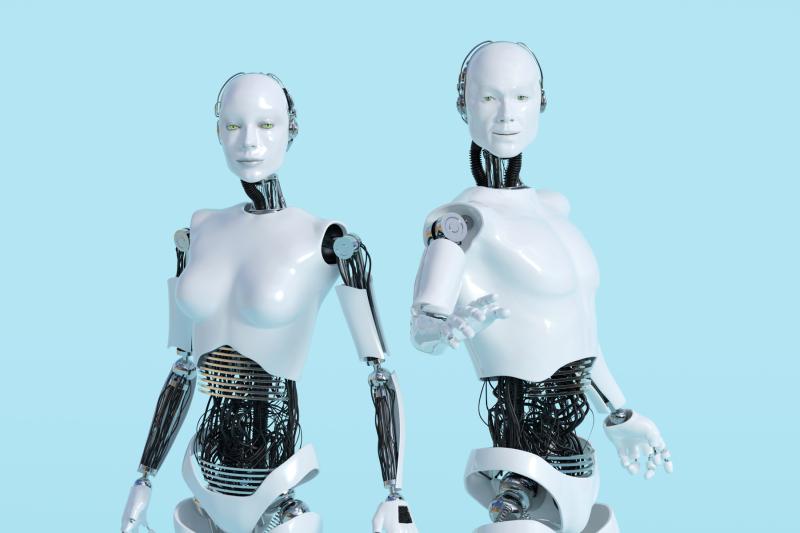 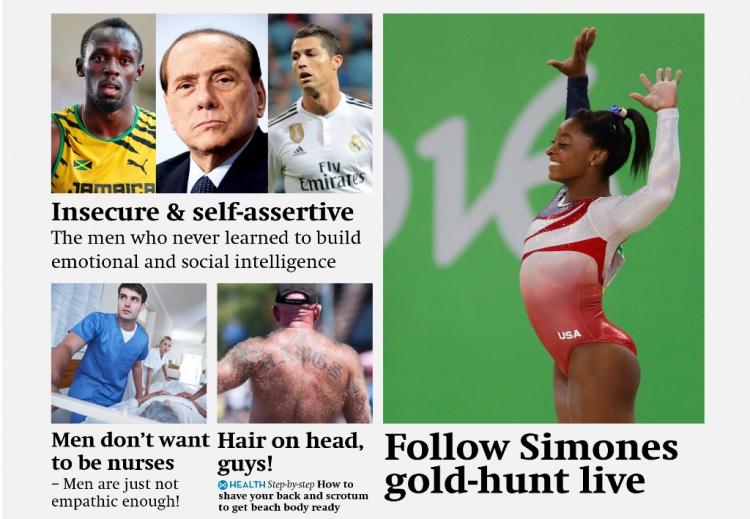