When the men’s national team loses a match they are called “sissies”, and women who are good at football “play like men”. Both men and women are the losers when gender stereotypes are used in sports journalism, according to Professor Gerd von der Lippe.
frilanser@kilden.forskningsradet.no
17 November 2010 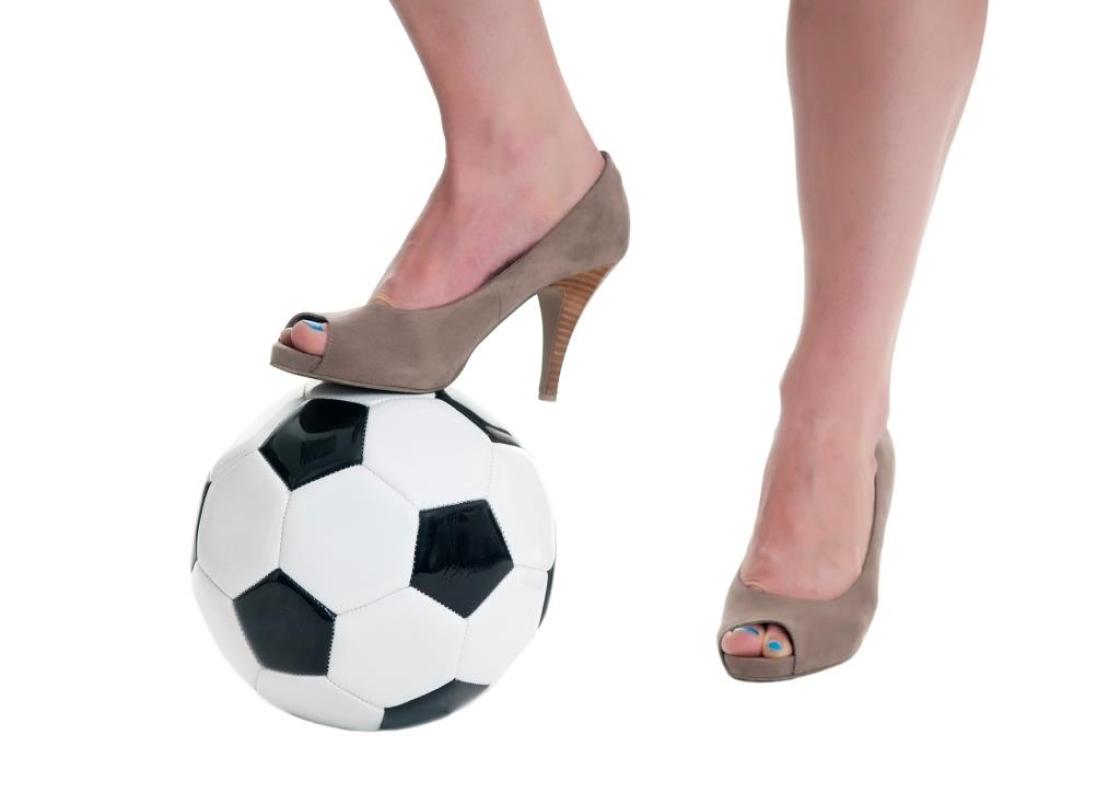 In 2006, women’s football received only four percent of all the football coverage on Norwegian public television, according to Gerd von der Lippe. (Illustrasjonsfoto: iStockphoto)
More about
Media and communication
More about
Sports

Gerd von der Lippe is a professor in the Department of Sport, Physical Education and Outdoor Life Studies at Telemark University College. Her research focuses on gender and power in a sports sociology and historical context. Von der Lippe was the first person in Norway to conduct research on sport and gender. Now she has written a book that takes a critical look at Norwegian sports journalism (Et kritisk blikk på sportjournalistikk) in which she examines gender stereotypes in depth.

Von der Lippe explains that gender stereotypes are rife in sports journalism – a situation in which both genders end up the losers, according to her.

“On one level this affects male football players the most, especially when they lose important games. Then insulting expressions like ‘Miss Norway,’ ‘pushed around like women on high heels’, ‘fatso’ and ‘nerd’ are used in print newspapers, online newspapers and on TV,” she says.

The implicit message in these insults is that the male players are impotent, asexual and non-masculine.

“After the men’s national football team lost a match against the Czech Republic in 2004, which many people thought they would win, team manager Åge Hareide said a year later that ‘we were much too lady-like, we teetered around on high heels and let ourselves be pushed aside far too easily’. If we take what he said literally, they didn’t lose because they played poorly, made inaccurate passes or met a better team, but because they were not manly enough. He assigned feminine qualities to the players as a way of putting them down,” says von der Lippe.

His statements had no consequences and generated no comments, except in an opinion piece in the Norwegian newspaper VG written by von der Lippe herself.

Greater latitude for the genders

As background for her book, von der Lippe examined how the gender perspective in sports journalism has changed from the 1930s until the present day. Using a Norwegian project on the tabloidization of sport and culture in the media and an EU-funded project entitled “Sports, Media and Stereotypes”, she studied what three national newspapers had published over a period of time about the female and male players who participated in the World Cup in football, the European and World Cups in handball, and the Olympics Games in skiing and track and field events. One of her findings is that the parameters of what is acceptable behaviour for women and men have been expanded.

“It is now acceptable for men to cry when they don’t perform well, whereas before it was passed over without mention. And women can be tough, such as the freestyle skier Kari Traa, the cross-country skier Marit Bjørgen and the boxer Cecilia Brækhus. There is greater latitude for different masculinities and femininities, and that’s excellent,” she says.

Although a wider variation in behaviour is allowed, there are still differences in how women and men in the field of sport are sexualized.

“When we talk about sexualization, it is often the female body that is the focus. When the male body is sexualized, this is done in a more ironic way,” says von der Lippe.

It is now acceptable for men to cry when they don’t perform well.

Beach volleyball is one of the sports in which bare skin is displayed the most. The marketing department of the international volleyball association (FIVB) decided that women should show more skin so that the sport would gain more attention. The male players also wanted to play with less clothing, but they were not allowed.

Von der Lippe has also studied the gender distribution of sports journalists. In 2009, 92 percent of the members of the Norwegian Association of Sports Journalists were men and only eight percent were women.

According to von der Lippe, there is also a tendency for some women to work as sports journalists only for short periods of time.

“Sports journalists need to cover events at weekends, and this doesn’t fit very well with the role of mother as defined by society and by the women themselves. We have had some good female sports journalists in VG and Dagbladet, but they disappear quickly,” she says.

“The fact that male athletes achieve better performance results has been used as an argument against feminism’s demand for equality and distribution of power,” says von der Lippe.

She believes that sports, such as those chosen for the Olympic Games, primarily focus on physical movement in which the male body displays its biological superiority over the female body.

“Long-distance swimming, such as canal swimming, is better suited to the female body, but this is not an Olympic sport,” she says.

She thinks that gender differences are downplayed in weightlifting, boxing and kickboxing in which the classes are divided by weight. In this case weight, not gender, is the focus.

Long-distance swimming, such as canal swimming, is better suited to the female body, but this is not an Olympic sport.

Female ski jumpers are still not allowed to participate in the Olympic Games. The official explanation is that they are not good enough. Then in 2004, when there was a discussion of whether women should get to test jump in Vikersund, Torbjørn Yggeseth, chairman of the ski jump committee of the International Ski Federation, stated that women should not be allowed to jump because they could hurt themselves. In this case, sports journalists were instrumental in getting Yggeseth and his supporters to back down.

“The argument that the female body can be injured has been used against female athletes for over a hundred years, and it is still used today,” says von der Lippe.

“Now the argument is that women will not be allowed to jump in the Olympic Games in 2014 because too few of them perform at a sufficiently high level. That is pure nonsense. When women began freestyling, there were fewer female athletes in that sport than there are female ski jumpers who perform at a high enough level in 2010. I think the male leadership doesn’t want women to jump in the Olympics partly because it is one of the last bastions for middle-aged, conservative men to revere the male body. Female ski jumpers would quickly become too popular and perhaps overshadow the men,” she says.

“Quite simply, you must be a man to get mentioned in football; women are hardly ever noticed. When reporting on the talented female football player Marta Vieira da Silva from Brazil, journalists often write that she plays like a man. Again, it is the male qualities that are the positive ones in football,” says von der Lippe.

“In the first quarter of 2006, Marit Bjørgen was the person with the second most coverage in the Norwegian media, surpassed only by Prime Minister Jens Stoltenberg. Bjørgen was the world’s best female cross-country skier in 2005, and in the first half of 2006 a total of 7,369 news stories were written about her. This means she beat all the male athletes in addition to Minister of Foreign Affairs Jonas Gahr Støre.”

Von der Lippe is a professor in the Department of Sport, Physical Education and Outdoor Life Studies at Telemark University College.

More about
Media and communication
More about
Sports 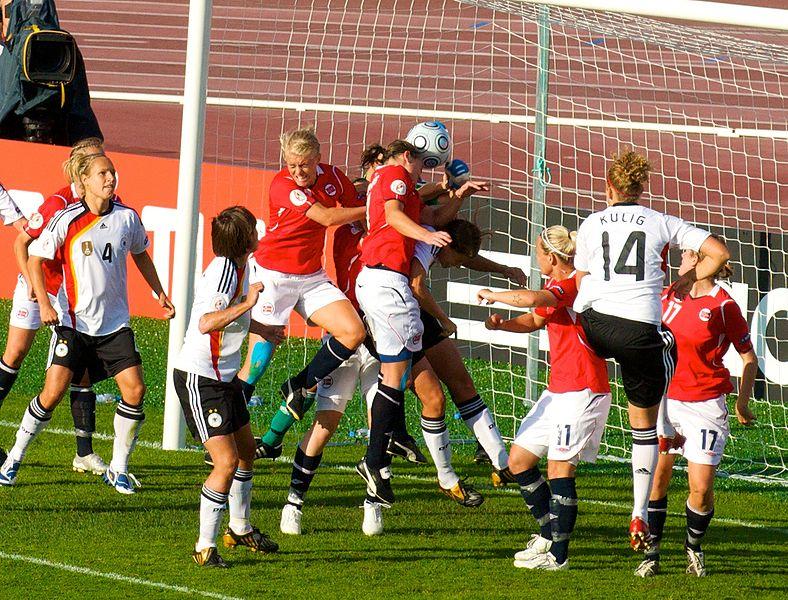