Øystein Gullvåg Holter and his colleagues’ “recipe” for measuring gender equality is being used in 16 countries, with more to follow.
Eivor Mæland
eivor@kilden.forskningsradet.no
9 November 2015 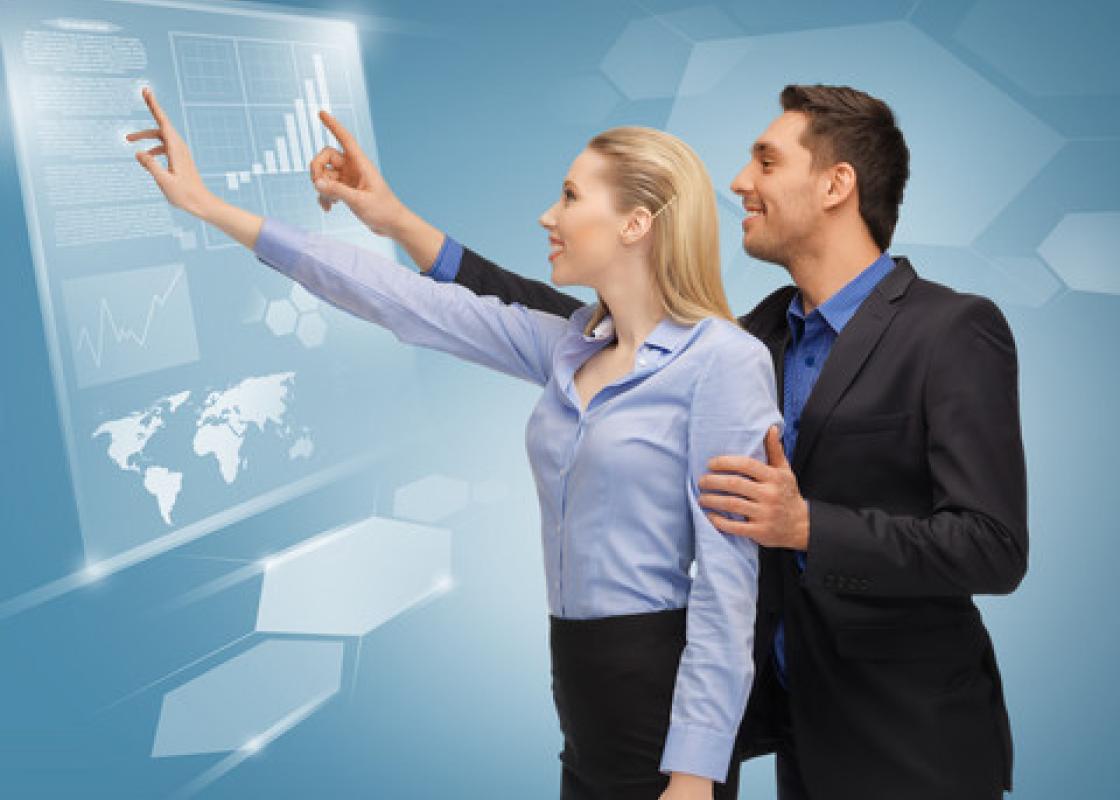 One of the secret ingredients in the recipe is that the effect of gender equality is not only measured on women, but on men as well. (Foto: Colourbox)

How do you measure whether or not a country is gender equal? When can we tell if men and women are equal? Is it sufficient to measure wage level, and who spends more time on housework and childcare? And who is exposed to violence from whom? Is it important to know how many women there are in parliament, how many female professors there are in the universities or how many male nurses?

Eight years ago, in 2007, an interdisciplinary Norwegian research group tried to answer these questions in the best way possible. Since then the result has established itself internationally.

“Our survey has become an international success with a distribution which is rare within research. It is extremely exiting to be part of this,” says Øystein Gullvåg Holter, Professor at Centre for Gender Research (STK) at the University of Oslo.

Generally, we talk about two primary methods for measuring the degree of gender equality in an area or a country.

One of the most well-known examples is Global Gender Gap Index, which is published every year by World Economic Forum (WEF). It measures the relative differences between men and women in countries all over the world on four main areas: health, education, economy, and political participation.

The other main method for measuring equality is through surveys, usually where  questions related to gender equality are formulated as supplements to questions related to other topics. A well-known survey including gender issues is Gender and Generation, which takes a close look at the connection between gender and generations. Gender is included in the survey, but gender equality is not the primary focus.

Previously, many people considered gender equality to be something too soft and vague to measure.

When Holter and his colleagues Cathrine Egeland and Helge Svare from the Work Research Institute resolved to measure gender equality in 2007, they decided to create a model with the sole objective of measuring gender equality – nothing else. Additionally, they wanted both a clear male and female perspective.

“You may compare it to creating a new type of binoculars with higher resolution than what was available before. Indexes for the measurement of gender equality have a restricted variable set, usually 15 to 30, while our model has nearly 300 variables. These were selected and formulated in order to show gender in/equality in different areas and aspects” says Holter.

“Twenty years ago, many people considered gender equality to be something  too soft and vague to measure. The development in this field has been enormous during the past years. Our method builds on index methods and on earlier survey methods, but goes further.”

In the 2007 survey, the researchers found a positive correlation between men’s experience of life quality and gender equality.

A recent study by Holter, in which he has studied 81 European countries and American states, shows that both men’s and women’s quality of life is higher in countries or states with a relatively high degree of gender equality, compared to those with a low degree of gender equality. And this find seems to stand also when controlled against other variables such as wage level and distribution.

“The ideal of the male main provider for the family may be perceived as a burden – more so now than a few decades ago,” Holter comments.

The research model from 2007 consisted of three parts. The first part is a representative survey created in order to map attitudes, conditions, and behavior related to gender equality within different areas of society. The second part is a theoretical model in which the researchers have applied theoretical perspectives from various disciplines. The third part is  a cross-disciplinary cooperation platform where different methods and qualitative sub-studies are used to help improve the survey and fill out the missing parts.

“The survey is developed in order to measure the core area gender equality,” he emphasises.

“Many versions of the survey were submitted for comments, and the result was in many ways a collective Norwegian contribution,” he says.

The point of departure is gender equality. But Holter and his colleagues combine gender equality with many other topics and questions which haven’t previously been considered in context, since these data haven’t been accessible within the same set of data. For instance, they have examined time use surveys and employment surveys – how much time women and men spend on work, family, house work – together with questions related to power and conflict.

“How do you measure power relations within the family?”

“We look at who makes the decisions, for instance when it comes to purchasing a home, and who has the most resources such as income.”

While other surveys often are content with examining formal power such as the percentage of women in higher education or the amount of women in leadership positions, this survey also includes the private sphere, household and family, work life, friendship and participation and power related to decisions within the family.

“Our goal is to find out whether there is a correlation between practice and attitudes in various aspects of life,” says Holter.

A typical example is a married couple who both think housework responsibilities should be shared equally between them. Nevertheless, as it turns out, the wife does most of the work.

“Many were concerned with equal distribution, and what was new in 2007 was that more people actually put theory into practice. But we also found an underlying  level,  where the man still had the prime responsibility for the finances and the woman carries most of the responsibilities in the home.”

The Norwegian survey has been used as a template for the international survey International Men and Gender Equality Survey (IMAGES). This survey is either completed or under completion in 16 countries.

“IMAGES has a stronger focus on men than the 2007 survey, but it also has a clear feminist perspective, for instance when it comes to violence,” says Holter.

“What does it mean to carry out the IMAGES survey in these countries?”

“Gender equality is properly measured in these countries for the first time, and the surveys offer much new information, both potentials and problems."

Although these countries are  already included in index based surveys such as Global Gender Gap Index, the new data offers new knowledge of variation within countries and trends across the world.

“Do the IMAGE surveys from other countries indicate that men benefit from gender equality there too?”

“Yes, it is a trend there too, but it is too early to tell. New data is constantly coming in, but not everything has been analyzed yet. But what we can tell for sure is that there is a clear correlation between low gender equality in the relationship and higher risk of violence and abuse.”

The IMAGES survey also focus on problems particularly related to the countries in which it is performed. Although people in all countries are asked questions about domestic violence, there is particular focus on questions concerning violence, sexuality, and conflict in countries such as India, Brazil, and Mexico.

There is a clear correlation between low gender equality in the relationship and the risk of violence and abuse.

The problem of rape in India

The IMAGES study was completed in India in 2011. The following year, in December 2012, a twenty-three year old female medical student was brutally raped by several men on a bus. She died of the injuries afterwards.

This case received massive attention both in India and internationally. Delhi was called the rape capital of the world. Many people thought the gang rape was no one-time exception, but rather a symptom of a negative culture in which violence and assault on women are accepted and tolerated.

The arguments presented by the activists received more approval since they were supported by studies confirming that rape is, as a matter of fact, a major problem in India. The IMAGES survey was one such study.

“The IMAGES survey made it clear that India is a serious problem area in terms of rape and violence against women. The percentage of men who responded “yes” to the statement “there are times when a woman deserves to be beaten”, is much higher in India than in any other country in which the survey has been carried out,” says Holter.

In May this year, a new, improved European version of the Norway 2007 model, developed by a Polish-Norwegian team, was tested through a survey in Poland.

“It has a 64 percent response rate, many signs of engagement, and very interesting new results”, Holter says.  The Poland/Norway Gender equality and quality of life project (GEQ), supported by EEA grants, will include a test report and blueprint for a common European survey in 2016.

Based on these international and European experiences, Holter wants to develop a new and improved Norwegian survey which is better than the one from in 2007.  He also calls for more experimental and theoretical research on gender equality, so-called advanced studies in academia.

“We’re trying to get funding for a survey of this kind. It would be ideal to run the survey  in 2017, ten year after the first one,” says Holter. 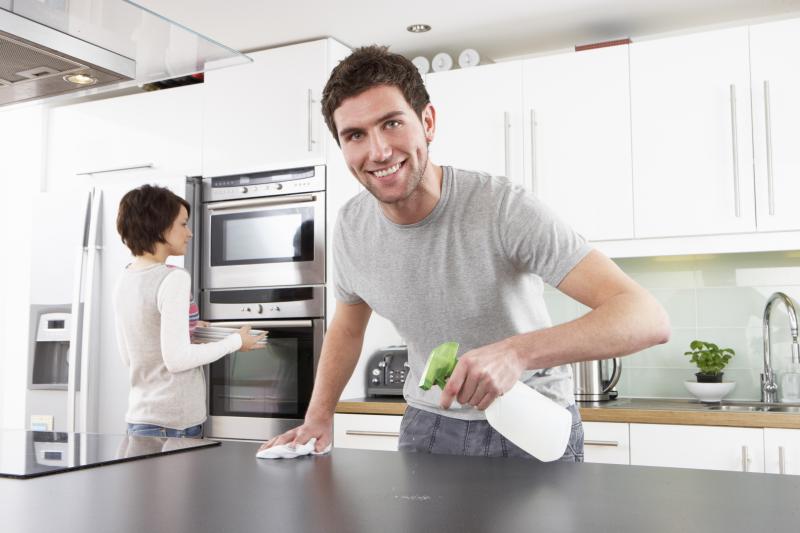