Portrait: An eye for the unseen

Eye, space and body – these are three key words that apply not only to the work of art historian Anne Wichstrøm on female artists from 1850 to 1900, but also to her own life.
frilanser@kilden.forskningsradet.no
1 October 2009 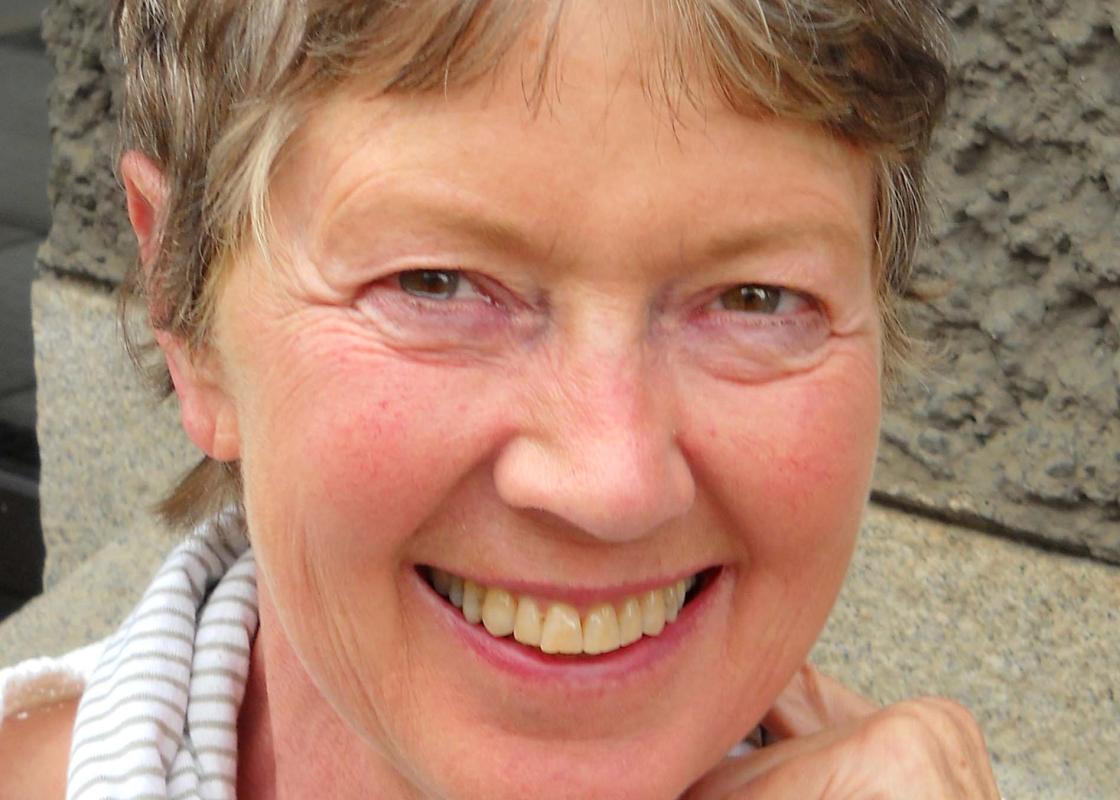 Anne Wichstrøm developed her eye for female artists who are forgotten and neglected from the 1970s feminist movement. She found space in a cross-disciplinary community of other gender researchers. Her body has set limits on the projects she has been able to begin, but she has still had enough energy to secure her position in Norwegian art history. She introduced the gender perspective into Norwegian art history research in the early 1980s, and is currently a professor in the Department of History, Classics, History of Art and Ideas at the University of Oslo. On Saturday 5 September, a seminar was held in her honour, for no other reason than that she is “starting to get old”, as she herself puts it. The number of outstanding researchers from Norway and abroad who will attend the gathering suggests that there are many other reasons to celebrate than just this.

But let’s begin with her eye for the unseen artists.

For many years Anne Wichstrøm conducted research on medieval painting. The topic of her master’s thesis in the 1970s was the Norwegian painted altar frontal Tresfjordantemensalet from the 14th century.

“But after a few years in this field, I felt that I had reached an impasse. At the same time I had become involved in the feminist movement. I was never part of the organised movement, but I participated in a consciousness-raising group. This opened my eyes. The fact that women did not have a history became important to me,” explains Wichstrøm.

An opportunity arose in the form of an announcement by the Research Council for three-year fellowships for research on women in the humanities. Wichstrøm quickly prepared a project description, and soon the grant became a reality. During the years from 1979 to 1981, she uncovered about 50 female painters who were active in the period 1850-1900. The works of many of these women had been practically unknown until that time, and did not appear in either art galleries or art history books.

The project led to the publication of the book Kvinner ved staffeliet (“Women at the easel”).

“For ten years starting in 1981, I worked at the Oslo City Museum. After ‘Women at the easel’ was published in 1983, I did not have any specific plans per se for continuing my work in this field. But I was hooked, and I took advantage of the extraordinary potential found in the archives of the city museum. I could revel in the museum’s collections of all these women who in one way or another had made a contribution, but who nonetheless were unknown. So I wrote several articles which were published in the city museum’s own journal, we created some exhibitions with female artists, and the book Furier er også kvinner (“The Furies were also women”) about Aasta Hansteen was published in 1984.”

However, a number of those in the field of art history shook their heads over Wichstrøm’s work.

“Some of my research was certainly misunderstood. I did not set out to find forgotten geniuses, but to study the conditions for female artists and their careers. My research is rather sociologically oriented, which we have had little of in Norway, even though they say progress has been made in recent years. There was a longstanding belief that it was pointless to take an interest in artists who were not ‘good enough’, and there was no recognition that it was possible to take an interest in artists in ways other than those prevailing at the time,” says Wichstrøm.

But some of the female artists she had discovered would in fact turn out to be “good enough”. After the publication of “Women at the easel”, the National Gallery purchased a number of their works.

There is a clear parallel between Wichstrøm’s work and much of the other research on women that was conducted during the same period. For instance, “Women at the easel” is the sister work to the three-volume Norsk kvinnelitteraturhistorie (“History of women’s literature in Norway”), which was published between 1988 and 1990. One of the editors of this work, Irene Engelstad, is among those acknowledged in the book Oda Krohg. Et kunstnerliv (“Oda Krohg: an artist’s life”) from 1988 by Anne Wichstrøm.

Then there is the question of space – space in which to work.
“Gender researchers from other disciplines have been very important to me, since for a long time I have felt so alone in the art history community,” she says.

Wanted to move on

After ten years at the Oslo City Museum, Wichstrøm felt that she had completed her work there. She wanted to move on. The university college in Lillehammer planned to launch a study programme in art history, and Wichstrøm received a job offer.

But then her body said no.

“I became ill, and in 1992 I was diagnosed with a connective tissue disorder, so I had to turn down the job in Lillehammer. I was extremely upset that I was stopped in my tracks. Everything was going so well for me at the time,” she continues.

After a couple of years on sick leave, Wichstrøm became a part-time professor at what is now the Department of History, Classics, History of Art and Ideas at the University of Oslo, and got a place at the Centre for Women and Gender Research, as it was called at the time. She would have preferred to begin an entirely new project, but her energy was limited. Encouraged by the Gyldendal publishing house, she decided instead to build on the material from “Women at the easel”, which resulted in the publication of the book Kvinneliv, kunstnerliv. Kvinnelige malere i Norge før 1900 (“Women’s life, women’s art: female painters in Norway before 1900”). Like Wichstrøm’s previous books, this one also reached a wide audience, receiving the Norwegian Brage Award in the non-fiction category in 1997.

“It is joy to receive such positive feedback on my books. It seems they have filled a need – perhaps mainly among women, from all disciplines. It is meaningful to learn about the women who came before us and to have them as role models.”

“Women’s life, women’s art” developed into a different book than “Women at the easel”. The book’s main question was: how and why did women become artists?

“Both here and in the project I am currently working on about the painter Asta Nørregaard, I employ the change in approach that gradually occurred within gender research and art history. The feminism of the 1970s focused mostly on revealing how these women had been oppressed and hindered in their work. But with the new approach we look more at what the individual artist actually could achieve, what latitude for action she had, what strategies she could devise – in other words, how she could create her own career.”

Their lives and works go hand in hand.

“In the beginning my main motivation was to draw attention to the female artists whose history had not been recorded. But the entire time I have also focused on analyzing some of their works. An essential part of my research has therefore been to look at what genre they have chosen and how they have been able to use their life experience in their work.”

No such thing as women’s art

But even though – or precisely because – Wichstrøm writes about the life of women and artists, she does not relate well to the concept of “women’s art”.

“I don’t think women give their paintings a unique form. Art is a type of handiwork that cannot be characterized as either feminine or masculine. For example, if you compare pastels – a so-called typically female technique – one drawn by a woman and another by a man, I don’t believe you could find the gender of the artist in the pictures. But women artists can draw on certain experiences with regard to motifs and themes. And when a woman sees a painting by another woman, she may be able to recognize something or feel a connection with the painting,” she explains.

Today Wichstrøm focuses most of her efforts on Asta Nørregaard (1853-1933), an artist known especially for her portraits. Thanks to Wichstrøm’s work, Nørregaard was an obvious choice to include in the large-scale project Portrett i Norge (“The portrait in Norway”), which resulted in both an exhibition and a coffee table book

“This large portrait project is probably one of those I am most satisfied with. Traditionally, art historians have not been good at developing projects like this, drawing on people from Norway and abroad as well as experts from both the department and the museums. That is why making this happen has been so fantastic.”

The state of affairs within the discipline has improved overall in recent decades, according to Wichstrøm.

“I no longer feel alone in my belief that it is crucial to study gender in art. I have my own students, there are many researchers working with this material, and the gender perspective has been partially integrated into the works of other art historians,” she says.

Former students of Wichstrøm were also responsible for the seminar in September. By giving them an observant eye and space, she has successfully paved the way for a new generation of art historians.

More about
Women's and gender history
More about
Arts and culture