In Norway condoms are distributed to prostitutes, while in Sweden this runs counter to its zero-tolerance policy. The idea of a common Nordic model for dealing with prostitution is not reflected in practice.
frilanser@kilden.forskningsradet.no
14 November 2013 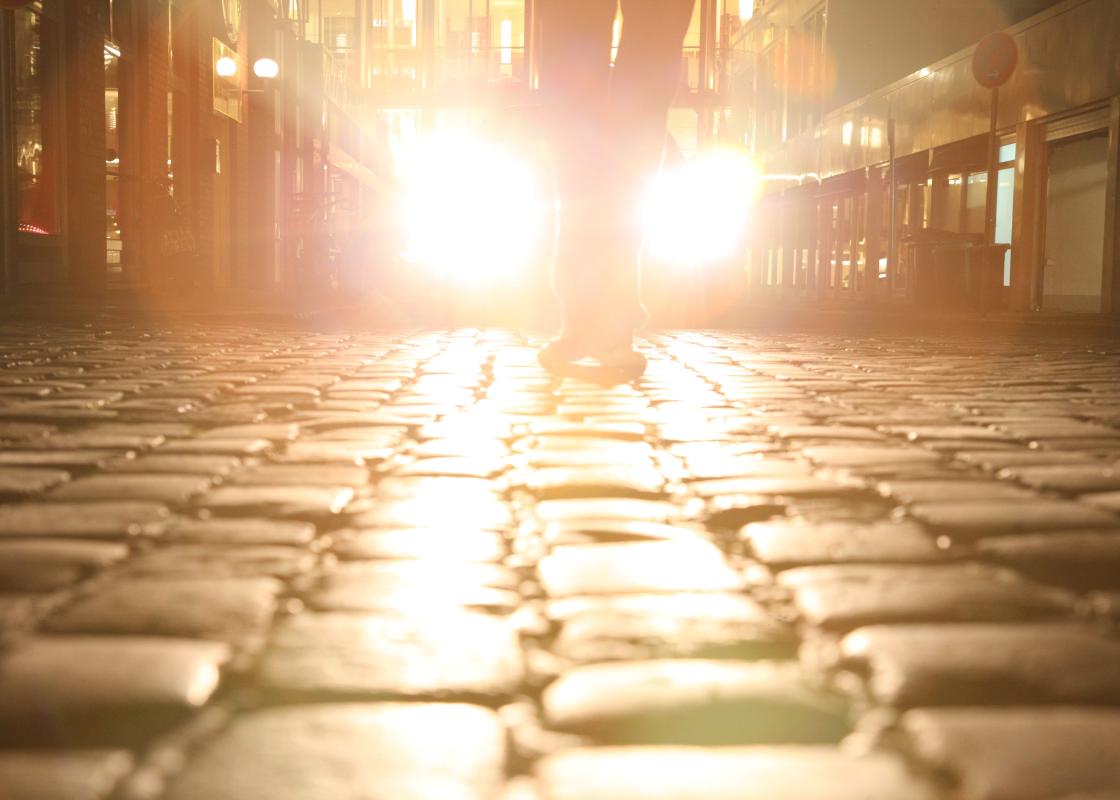 It is typically Nordic to criminalize only the customer when sexual services are bought and sold, but there is no common Nordic model for dealing with prostitution. (Illustration: www.colourbox.com)
More about
Prostitution
More about
Politics
More about
Crime

“Internationally, there is talk of the ‘Nordic model’ for dealing with prostitution,” says social researcher May-Len Skilbrei, who recently launched her book Prostitution Policies in the Nordic Countries at a kick-off seminar titled “The Nordic model of prostitution policy does not exist”.

“When we look at the diversity of both legislation and social work, the situation becomes very chaotic if we take a uniform model as our point of departure,” says Skilbrei.

“The international view of the Nordic countries probably comes from a tendency to simplify things.”

At first glance, the idea of a uniform Nordic model may ring true due to the similarities in Nordic laws, which stand out in an international context because they criminalize only the buyer. This leads to a widespread belief that the Nordic countries put a negative focus on the buyers of sex and allow them to bear the burden of punishment, while providing help and support to the prostitutes.

“This is not an accurate picture,” states Skilbrei.

Not even in Sweden, which was the first country to introduce unilateral criminalization of the buyer, are only the customers punished and the prostitutes helped.

“Sweden has had a longstanding tradition of defining prostitution as violence against women, punishing only the buyers and focusing on social assistance measures to help the prostitutes. However, foreigners are prohibited from selling sexual services in Sweden,” explains Skilbrei.

“Foreigners can actually be turned away at the border if they are suspected of coming to Sweden to sell sex. The minute that people other than Swedish citizens are involved, it is the prostitutes who suddenly become the problem again.”

According to Skilbrei, this is one of many examples of the ambivalent signals sent by legislation, law enforcement and social work with regard to prostitution.

“The signals are very mixed: Who is really the problem and who are we trying to protect? The prostitutes, the country’s inhabitants or the customers of foreign prostitutes? This is a common feature in all the Nordic countries that changes over time,” Skilbrei explains.

The book, written together with Charlotta Holmström of Malmö University, is the first comprehensive, internationally oriented presentation of Nordic developments in the prostitution field.

“There is widespread international interest in prostitution policy in the Nordic countries,” says Skilbrei, who has been studying the topic for almost 20 years.

“The book presents Nordic research throughout four decades, from the 1970s until today. What is new is that the book compiles the findings and debates about the various approaches to prostitution in the Nordic countries,” explains the researcher.

One of the book’s focus areas is the relationship between legislation and social work in the prostitution field. Important differences within the Nordic region are discussed as well.

In Sweden, the social assistance measures are designed to get people to stop working as prostitutes. In Denmark, Norway and Finland, however, such measures are aimed at reducing harm to the prostitutes by providing them with free medical treatment, condoms and lubricant.

“The practice of distributing condoms has been viewed as much more problematic in Sweden than in Norway,” says Skilbrei.

“Social workers in Sweden feel a much greater obligation to enforce a zero-tolerance policy, and in this context free condoms become a means of ‘facilitating’ prostitution.”

See also: Why Norway criminalized the purchase of sex

Throughout the Nordic region, prostitution policy in the 1800s mainly entailed regulation rather than prohibition, and it was the women who were supposed to be regulated. Prostitutes were called in for regular health checks to prevent the customers from being exposed to infectious diseases. Although the official reason for this practice was to protect the public health, it is not difficult today to conclude that it involved a desire to control women, write Skilbrei and Holmström in their book.

In a similar vein, the researchers believe it is important to ask what are the actual cultural trends and norms underlying how we deal with and discuss prostitution today.

“For example, by asking questions about where our sympathies lie. Who is it that needs help? Who do we really feel solidarity with? Who should be rescued and how?” asks Skilbrei.

Ambivalent feelings about who we actually sympathize with in prostitution are so pervasive that this is reflected in the book’s subtitle, “Ambiguous Sympathies”.

“In the case of foreigners who sell sex, on the one hand we are very concerned about them and fear they are victims of human trafficking. On the other hand, we stop them at the border and say ‘you aren’t welcome because you are the problem’,” says Skilbrei.

“In addition, we also limit the entire definition of prostitution to apply to women who sell sex – and we largely ignore male prostitution. It also applies primarily to street prostitution.”

Differences in how the countries deal with prostitution within their own borders also challenge the idea of a common Nordic model.

“In Norway the threshold for regarding a situation as problematic or needing intervention varies greatly. For instance, tasks are distributed very differently between social work and the police in Oslo and Bergen,” says Skilbrei, and elaborates:

“In Bergen, the police take an active role in identifying victims, while in Oslo they sit and wait for the social assistance measures to find them. This probably has to do with the difference in size of the two cities, but it also involves different ideas about how actively the police should work with the problem.”

There is wide variation among the other Norwegian police districts as well. Some have their own human trafficking units, while others have incorporated this into their normal police work. And the degree to which the sex purchase law is enforced at all also varies over time and between districts.

“So the way in which both the buyers and sellers are dealt with depends largely on where they are.”

It has to do with how important the problem is really perceived to be, according to Skilbrei.

Despite the book’s argument that the “Nordic model” as such does not exist, Skilbrei explains that there are several features of the prostitution field that can be identified as typically Nordic – for example, the understanding of prostitution as a social problem linked to gender, class and power, and how this in turn has led to the penal code’s focus on the buyer rather than the seller.

“Along with the gender, class and power perspective came the perception of prostitutes as a vulnerable group of women in need of their own social assistance measures,” she says.

“Beginning in the late 1970s, there was a strong movement to establish special measures like these – especially in Norway and Sweden. The proponents even managed to get the measures publicly funded.”

The view of prostitutes as marginalized, disadvantaged people, such as we saw especially in Norway and Sweden and eventually Denmark, was a step towards putting the spotlight on the customer rather than seller:

“In this understanding of prostitution, it is clearly not the prostitutes who are the problem. Thus it became totally out of the question to criminalize the sale of sexual services. What is special about the Nordic countries is that they have been concerned with criminalization in general, but at the same time they have strongly opposed criminalizing the seller. Criminalization has been directed towards the buyer, and sometimes towards the pimp.”

This approach runs counter to the worldwide trend: Most other European countries are moving towards decriminalizing pimping, as well as the buying of sexual services. Moreover, selling sex is prohibited in most parts of the world.

“Most countries around the world have criminalized both the buyer and seller, but there is a tendency to enforce the law in relation to the seller,” explains Skilbrei, and gives an example from the US.

“Buying and selling sex is prohibited in almost all states in the US, but if we look at the statistics, there is a clear pattern as to who gets arrested. It is almost always the seller.”

Skilbrei explains that the Nordic countries’ common legal focus on punishing the customer is regarded around the world as both strange and exemplary.

“In many contexts it is held up as the best possible solution to the prostitution problem; in others it is seen as very unfavourable. In many countries the debate revolves around whether or not the ‘Nordic model’ should be introduced,” says Skilbrei.

“It is important to remember that the idea of this model disregards the fact that the Nordic countries also differentiate between various sellers of sexual services, and between various buyers for that matter.”

Skilbrei emphasizes that the Nordic region should not be viewed in isolation, but that it is crucial to see Norwegian and Nordic prostitution policy in a broader, global context:

“We live in a globalized world in which ideas, policies, people and goods cross borders faster than before. When we try to understand policy development, law enforcement, the crime situation and social work here in the Nordic region, we need to look at what is happening in other parts of the world as well.”

Prostitution in the Nordic countries

Buying sex has been prohibited since 1999, selling sex is not prohibited.

Consequently, Sweden was the first country to introduce unilateral criminalization of the buyer. Central to the development of the law, was an understanding that prostitution is violence against women.

Prostitution in itself is legal, but it is illegal to buy sex in public places. Pimping and sex purchase through organised prostitution or from victims of trafficking has been prohibited since 2006.

In 2012, Minister of Justice Anna-Maja Henriksson argued for a total prohibition of all kinds of sex purchase.

Buying sex is prohibited, selling sex is not prohibited. In 2007, the paragraph criminalizing everyone involved in prostitution was abolished. In 2009, criminalization was reintroduced, but this time only the buyer was criminalized, not the seller.

Since 2010, strip clubs have been prohibited in Iceland.

Buying sex has been prohibited since 2009, selling sex is not prohibited. An important argument was combating human trafficking.

Prostitution has been decriminalized since 1999, running brothels and pimping is prohibited. In practice, prostitution was tolerated long before the prohibition was abolished in 1999.

May-Len Skilbrei has a PhD in Sociology from the University of Oslo. She works as an associate professor in the Department of Criminology and Sociology of Law at the same university. For a number of years, she has been studying women's experiences with prostitution. Lately she has concentrated on issues of migration, gender and immigration.

Charlotta Holmström has a PhD in Sociology and works as an assistant professor at Malmö University. Her area of expertise is migration, love and sexuality, as well as issues of prostitution and human sex trafficking. 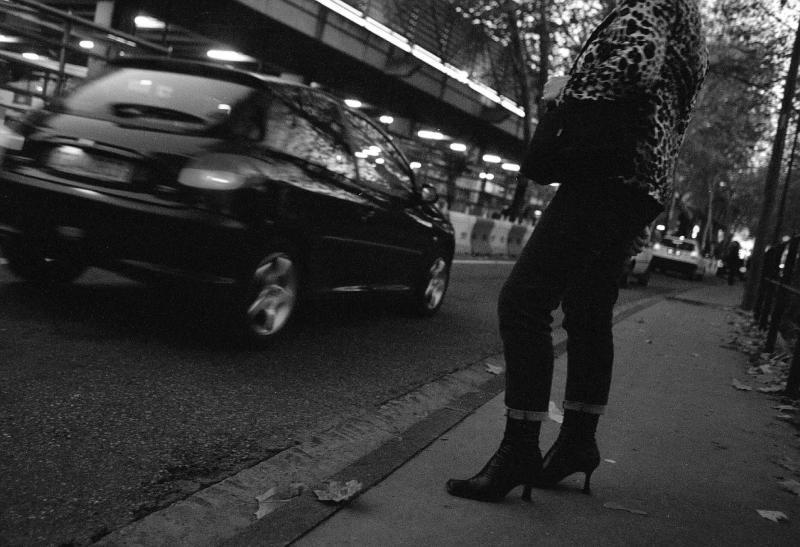 Ban on the purchase of sex has changed attitudes 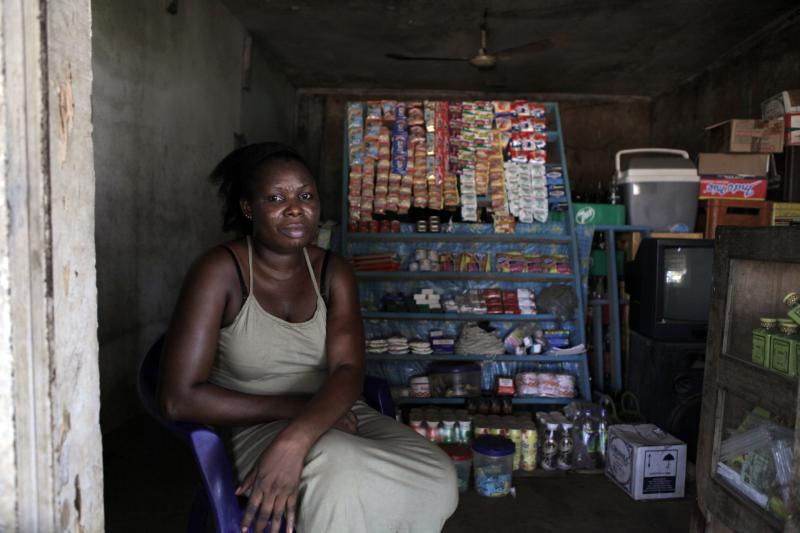 Life in Nigeria after selling sex in Europe