Men's violence against women: Not only a question of power

The majority of men who use violence against their partner struggle with serious mental health issues. We need to look at more than just the power relations between the sexes in order to understand and prevent domestic violence, says researcher.
23 June 2015 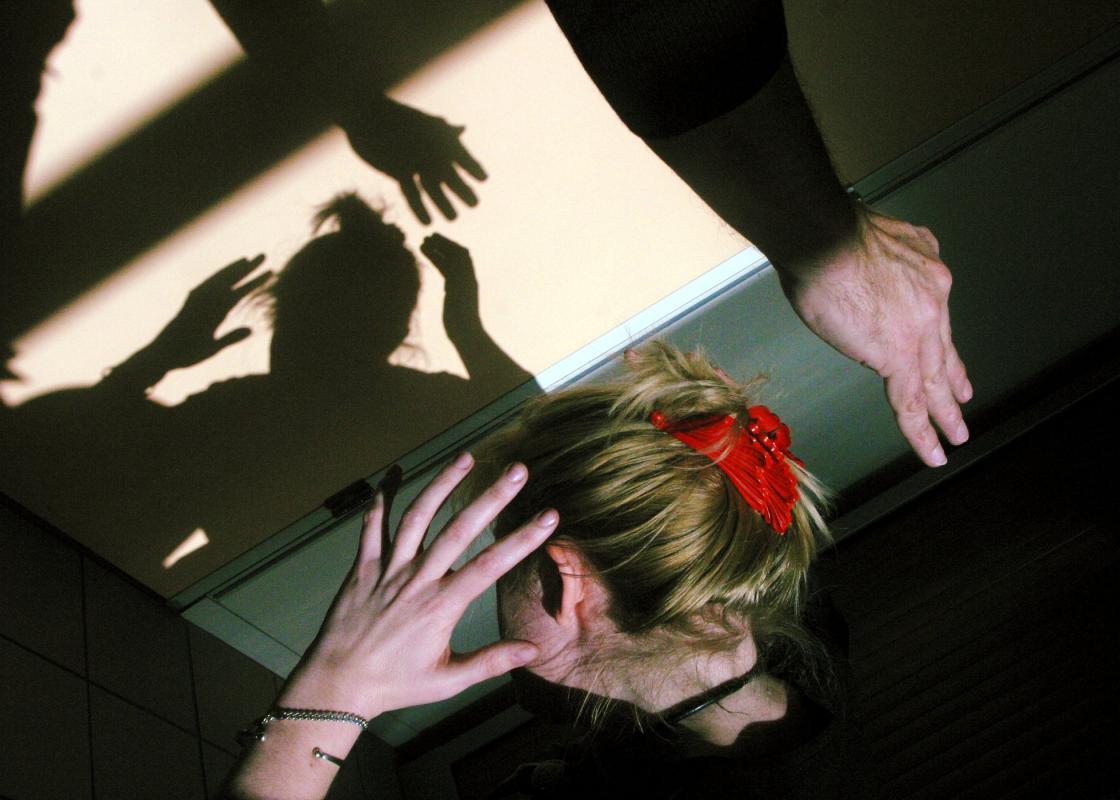 According to new research, the majority of men who use violence have themselves been exposed to violence or abuse during childhood. (Illustration: Colourbox)
More about
Gender based violence
More about
Men's health
More about
Mental health

Six out of ten men who receive treatment for domestic violence towards their partner have experienced violence in their own childhood. Many of them also struggle with anxiety, depression and drug abuse. Seven out of ten men qualify for at least one psychiatric diagnosis.

These are the results of a new Ph.D. study from Norwegian Centre for Violence and Traumatic Stress Studies (NKVTS).

The study is based on extensive quantitative and qualitative data material on men who have sought treatment at Alternative to Violence (ATV), a professional research and treatment centre for domestic violence.

By way of comparison, the occurrence of psychiatric diagnoses among Norwegian men in general is 15 per cent.

“This does not mean that every man who has a psychiatric diagnosis or has been victim of violence becomes violent himself. Many of them manage just fine. But having been exposed to violence makes you more vulnerable for developing violent behaviour yourself,” says Ingunn Rangul Askeland, psychologist and researcher behind the study.

“The majority of these men have either been exposed to violence or abuse themselves, or they have received little care and attention during childhood. As a result they struggle with their own relations and find it difficult to regulate and communicate their own emotions as adults.”

The patriarchy as a cause for domestic violence

Domestic violence have long been perceived as a consequence of a patriarchal culture where men feel that they can do whatever they like to women, according to Askeland. The theoretical approaches and the treatments offered to violent offenders developed primarily in the U.S. and Canada in the 1970s in close collaboration with the women’s movement and the crisis centres.

The idea behind was that in order to prevent domestic violence, the societal structures needed to change as well as the man. The treatment consisted of group therapy. The claim that violent men are mentally ill or have been victims of violence in childhood themselves was regarded as a disclaimer of liability.

For a long time this was the dominating approach on the field, based on sociological and criminological theories and feminist ideas.

“Gender perspective is not enough”

Psychologists have criticised the structural focus on gendered power relations and control in the treatment programs for domestic violence. They argue that violent men generally struggle with their lives and often have serious mental health issues.

Askeland is among these. She is of the opinion that a therapeutic approach to domestic violence should be based on psychology, with the individual in question as a point of departure.

“This does not mean that the majority of psychologists think that having a gender perspective on domestic violence is a waste of time. The point is that it is not enough. We need to look at the present and past lives of the violent men in order to understand and prevent domestic violence.”

“At the same time, one can bring ideas and perceptions about men and women into therapy and discuss these.”

In the U.S., there is a strong polarisation between socio-cultural perceptions and individual oriented, psychological perceptions of domestic violence. The treatment programs are group based, and in certain states, the use of more psychologically oriented treatment is even prohibited.

“Why these steep fronts?”

“I think that those who work in this field often become very affected by the experiences of other people. Some of those whose voices have been fronting the debate have also been very close with victims of domestic violence. One can easily get angry and desperate.”

According to Askeland the academic debate in Norway is not as polarised as it is in America.

“For instance, ATV cooperate closely with the crisis centres, and they are very much concerned with the power relations between the sexes. Norway is characterised by a more integrated holistic way of thinking. But even as close as in Sweden the fronts are much steeper.”

Dad normally the one who hits

Askeland’s material shows that among those who experienced violence during childhood, dad was almost without any exception the violent offender. Only approximately three per cent were victims of a violent mother.

“Naturally, this does not mean that mothers never use violence against their children, but the gender distribution in this material was very uneven,” says Askeland.

Only ten per cent of those who receive treatment for their violent behaviour at ATV are women.

Several studies on parents’ physical violence towards their children show that the father is overrepresented among those who use violence with a high risk of physical damage. Mothers, on the other hand, are more often responsible for violence such as flat hand hitting, pushing, pulling by the hair, pinching or retention.

According to many of the men who were exposed to violence in their childhood, other grown-ups knew about the violence without interfering.

“This sends a strong signal to a child. It is like saying to the child that ‛this is something you’ll have to live with’. These men should have received help as children, not as adults,” says the researcher.

“But doesn’t the fact that they’ve experienced violence during childhood easily become a way to avoid having to take responsibility for their own actions?”

“No, talking about their childhood and of how to master their anxiety is a way to help them take responsibility for their behaviour. We have to understand that there is a connection between mental health and violent behaviour. Helping these men understand their behaviour becomes a way for them to take responsibility for their actions, their emotions, and their lives. A violent childhood is never an excuse.”

“What do the violent men think about taking responsibility?”

“I haven’t done any research on that directly, but I think that many people explain their actions as a result of other people’s behaviour towards them. Let’s say that you are yelled at by a woman in the supermarket, and you throw a tin can at her. Then you explain the incident by saying that the woman made you furious. But even though the woman in the supermarket started the situation, you are the one who has to take responsibility for choosing to throw the tin can at her. You could have chosen to react differently.”

Nevertheless, it is a balancing act. According to Askeland, some of the men in treatment tends to take responsibility for everything, including other people’s actions.

“Some end up taking responsibility for the violence they were exposed to by their parents, for instance by saying things like ‛it’s understandable that my dad locked me into the basement; after all, I did break that window. ’”

As a clinician, she has also treated a lot of female violent offenders.

“Many of the female violent offenders also take a lot of responsibility, not only for their own violence but for the violence they’ve experienced from their partner.”

Minority men drop out of treatment

In her research, Askeland has also found that men with minority background – non-ethnic Norwegians – to a larger extent drop out of treatment.

“As a group in general they often have a harder life. They often struggle financially and experience discrimination and racism. Some carry with them war traumas. The harder their lives, the more violent they tend to get. We know that these extra factors make it more difficult for them to follow the treatment.”

“So it is not only because they come from cultures where domestic violence is regarded as OK, as some people argue?”

“It is much more complex than that. Aggravated assault is not accepted anywhere in the world. But it varies how the violence is understood and interpreted, whether or not it is regarded as a cause for shame, and who is to take responsibility for it,” says Askeland.

Calls for a wider approach

In many of today’s treatment programs for domestic violence around the world, the treatment of psychiatric diagnoses is not an integrated part of the program.

“It is possible to understand men’s violence towards women simply as having to do with attitudes and behaviour. But one may also understand it as a result of underlying psychological problems. We know that psychological problems affect the use of violence and vice versa, even though the connection is not always clear at first glance,” says Askeland.

She is of the opinion that knowledge, mapping and treatment of psychiatric diagnoses to a larger extent need to be integrated in the treatment programs for domestic violence. The focus on gendered power relations and control must be broadened.

“We know that the majority of men who use violence towards their partner have psychiatric diagnoses, and that these men benefit from therapeutic treatment. Not offering it would be unethical. In this way the treatment programs for domestic violence may be accommodated to individual therapeutic needs and thus enhance the effect of the treatment.”

Men who hit women: Who are they? 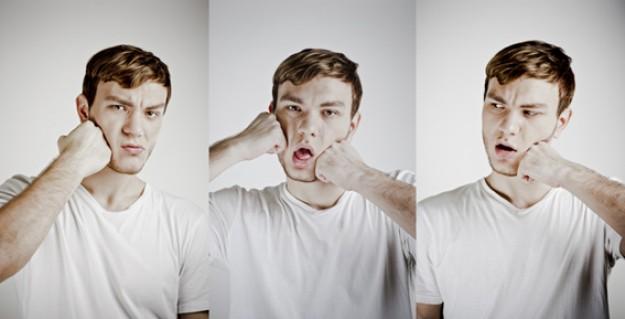 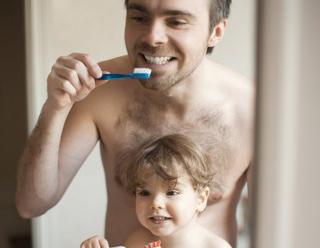 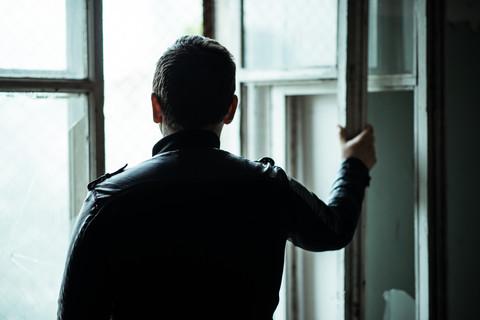 Male victims of women’s violence fear not being believed