One size fits nobody

What is the use of a right to education if one is unable to go to school because of menstruation? - Human rights is the most important project of our time. But if they are to be realized, then the tools must be adapted to the specific context, says Anne Hellum. The Norwegian law professor is one of four editors of a multi-national book that looks at the justice-based women- and development policies from below and from within.
kristin@kilden.forskningsradet.no
11 June 2007 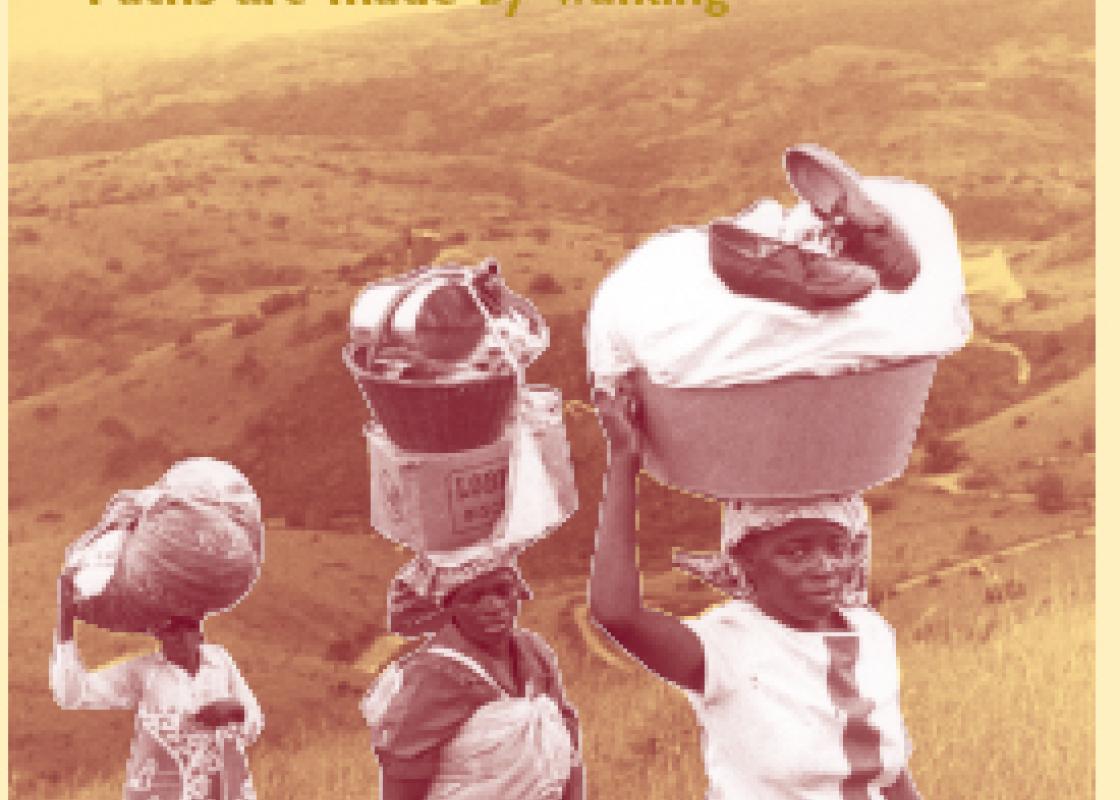 "When the girls start school when they are five or six, they are very good and do well. But when they turn 11 or 12, it seems like they lose their minds."

This is how a male principal in the rural area of Zimbabwe explains why his girl pupils start skipping school four-five days a month when they reach puberty.

On the other hand, a researcher who asked the girls for an explanation got answers along the lines of: "It is so embarrassing to be in class when one's uniform is stained."

It seems that the girls actually stay away from school because they menstruate. Stains on the clothing are difficult to avoid when one does not have access to pads. Nonetheless, visible signs of menstruation are connected with great shame, and the one who is "exposed" risks merciless teasing. Body, puberty, and sexual maturation are taboo issue in Zimbabwe, and not even the teachers dare take on the girls' problems. To stay at home becomes the solution for many. For some, the four-five days of monthly absence become the beginning of the end of their education. Declarations on the right to education come up short when faced with the trivial difficulties of everyday life.

From speeches to actual lives

The menstruating schoolgirls in Zimbabwe is one of several examples from the current book, Human rights, plural legalities and gendered realities, which explores how women's human rights fare on the path from speeches and international conventions to women's actual lives. Co-editor Anne Hellum believes the schoolgirls' situation illustrates important challenges in this field.

- The obstacles against the realization of women's human rights are not just "up there," on the political and international level. They are trivial, concrete and closely knit to the realities of the women's everyday lives, as in the example from Zimbabwe. If one is to succeed with realizing the abstract right, one must also go "down" to this level, says Hellum, who is a professor at the Institute for Women's Law at the University of Oslo.

Together with other jurists and social scientists from Zimbabwe, Great Britain, Pakistan and Denmark, Hellum has gathered insights from researchers and projects that touch on policies related to human rights - both "above" and "below" in different contexts in the world. This has resulted in a book, published by a Zimbabwean publisher and aimed at an international audience. Hellum and her colleagues hope that the book will be read and used, both by researchers, by policy makers and those who, through volunteer organizations or public administration, implement women's rights.

These last 10-15 years there has been a lot of discussion about human rights, not the least in the UN and the rest of the global NGO-sector. It is undoubtedly a good thing; human rights are the most important project of our time. The problem is a developing thought of "one size fits all" - a standardized understanding of human rights is used in all connections where the human rights situation is to be improved. The plans are remarkably similar and are written in a remarkably similar language, regardless of what problems they are meant to solve or in what part of the world they are to be used, claims Hellum. She believes that there is a big need for new reflection and debate around human rights and the implementation of them.

- International development policy is marked by abstract human rights rhetoric. We have through this book taken a step away from rhetoric toward the practicalities of  everyday life. An important mission is to return these concrete and close-to-life recognitions to the debate, says Hellum.

When human rights policies become too abstract and too generic, you risk losing sight of the different individuals within the group, writes Hellum and her colleagues in their book.

This point is illustrated by an example from Kenya, where the indigenous Ogiek fight for ownership of the forests they have traditionally lived in. Closer surveys show great differences between men and women within the group. The men, who identify themselves with their forefathers, are preoccupied with ownership as a means of protecting their indigenous identity. The Ogiek women, who are largely responsible for the care of children, old and sick, are interested in agriculture and modernization with roads, schools and clinics. The women's wish for modernization has not been expressed; neither in negotiations with governments nor in the lawsuits the group has filed with support from various international NGOs.

- The Ogiek-example shows that interests and understandings are gender related. Collective rights do not necessarily benefit women. If one ignores this, one might preserve or even strengthen the gender difference and women's poverty, says Hellum.

- But is this not a well-known problem? Susan Moller Okin took on this contradiction between group rights and individual rights during the nineties and the debate has continued since then...

- It is correct that one has been highly conscious of this problem within the feminist debate in Europe and the United States. But in NGO circles and other groups where questions on indigenous populations are discussed and determined, one is surprisingly unaware of the gender dimension, asserts Hellum and adds:

- We are also taking this a step further, from a theoretical level to an empirical level. Through individual cases our researchers examine how these conflicts are enacted in real life. And equally important - how they should be solved.

Flexibility and variation is important

To know the variations of individuals and contexts, is decisive in order to make human rights into something more than good intentions, according to Hellum, who has experienced this in her own work on the African continent.

In today's post-colonial Africa, it is important to keep in mind that women do not just belong to an ethnic and racial group, but also to a gender and a social class. The great water and land reforms that have taken place on the continent have had race-based justice as its main goal. Gender and class have come second and this has had very negative consequences in some contexts. Discussions around the great land reforms have not touched upon discrimination between men and women within the family. Water reforms focus mainly on investments in black commercial agriculture. Poor black women who care for the family through gardening become the losers.

At the same time, Hellum thinks that the development in Africa merits some optimism.

- The protocol of the African human rights charter on women's rights is clearer in many of its formulas than the UN's convention on women and the convention on social and economic rights. It shows that women's human rights after a while have become part of the African legal culture. African nationalist leaders' rhetoric that claims that women's rights are synonymous with western feminism is in full retreat, says Hellum.