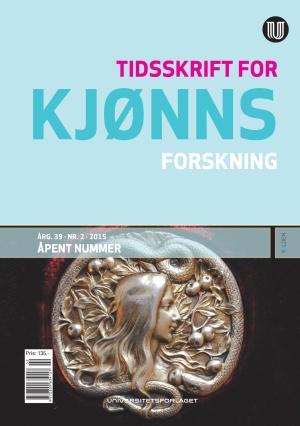 Green gender equality, satanic feminism and a subarctic research station are among the topics you can read about in our latest issue.

This article has a double aim: firstly, to explore the understanding of gender and gender politics held by the Green Party Norway; and secondly, to make a contribution to the debate on ecological feminism and the possibilities of feminist green policymaking. The authors read a selection of party documents in the light of hegemonic Norwegian equality politics and feminist theory. Longstanding ideas from the ‘ecofeminist’ tradition are of particular interest, as the authors critique such ideas, but also let them serve as critical potential when confronted with other forms of ecological thinking (deep ecology/ecophilosophy).

The Devil as woman’s liberator: About a drastic feminist strategy, circa 1880–1930

The article discusses how feminists, in particular in the period circa 1880–1930, have employed Satanism (i.e., a positive portrayal of the Devil) as a strategy in their endeavors. The central theme in this context is the construction of a counter-myth to the hegemonic Christian myth of Eve’s interaction with the Serpent/Satan in the Garden of Eden. This narrative has traditionally been used by conservative Christians to legitimate the subjugation of women. By making Eve and the Serpent heroic rebels against an oppressive patriarchal God, the social implications of the original myth are attacked. An important background for much of this insurrectionist rhetoric was the esoteric and pro-Satanic counter-myth constructed by Helena Petrovna Blavatsky, chief ideologist of the influential Theosophical Society. Equally crucial was the fact that Satanism, as the article demonstrates, was well-established as a language of resistance, and had been employed by dissidents like Shelley and various socialists to provoke the bourgeoisie and display a complete rejection of hegemonic discourses. Concluding the article is a discussion of the paradoxes inherent when a counterdiscourse is created, such as the reification and perpetuation of existent mythologies.

In this article I explore gender in Arctic science by describing three moments in Scandinavian Botanical history. I trace how gender is performed in scientific embodied activities in time-specific landscapes. Kevo was built in the early 1950s, with the ambition of mapping all the flora and fauna of Finnish Lapland. At first, this home for science was a small log cabin on the banks of Kevojärvi. Since then, Finnish Lapland has become something else than a frontier. In the new Kevo, another kind of Arctic is emerging. The new science, replacing extensive mapping with new mapping of micro-worlds and exploration for experimentation,

causes changes in the nature engaged. An increasing number of scientists at the station are female, some even have families. Over time, log cabins were supplemented with new buildings, of a Finnish functionalist kind. When built, these buildings were considered a distant relative of early log cabins, maintaining a relationship with the mythologised wilderness of Karelia. However, with the unfolding of changes in relationships between nature, scientists and scientific practice, connections between nature and architecture

did not prove durable. Kevo is no longer a place for masculine adventure and appropriation at the end of an extreme journey. Arctic botany has become more of a gardening exercise and the station a home away from home, where science has openings for new postcolonial imageries.

Marguerite Duras on Jacques Lacan, Love and Gender. A Reading of The Malady of Death

The article makes the case that Marguerite Duras’ novel La Maladie de la mort (1982) amounts to a careful and innovative reading of Jacques Lacan’s twentieth seminar on love, desire and feminine sexuality. The author points towards the echo of Duras’ work in Lacan’s Seminar XX, and discusses the invocation of his seminar in La Maladie de la mort. In this novel, Duras explores Lacan’s concepts of love and femininity through allusions to key myths of love and sexuality – myths such as ‘Sleeping Beauty’, the biblical fall of man, and old Norse and Germanic renderings of a Valkyrie in love. The author argues that Duras, in grappling with these myths, develops an unconventional reading of Lacan, in which love is capable of producing its own truth, not merely of covering up the dreary truth of sex. Within her dark and claustrophobic story of a failed attempt to initiate love, Duras poetically envisions what love could be like under different circumstances.